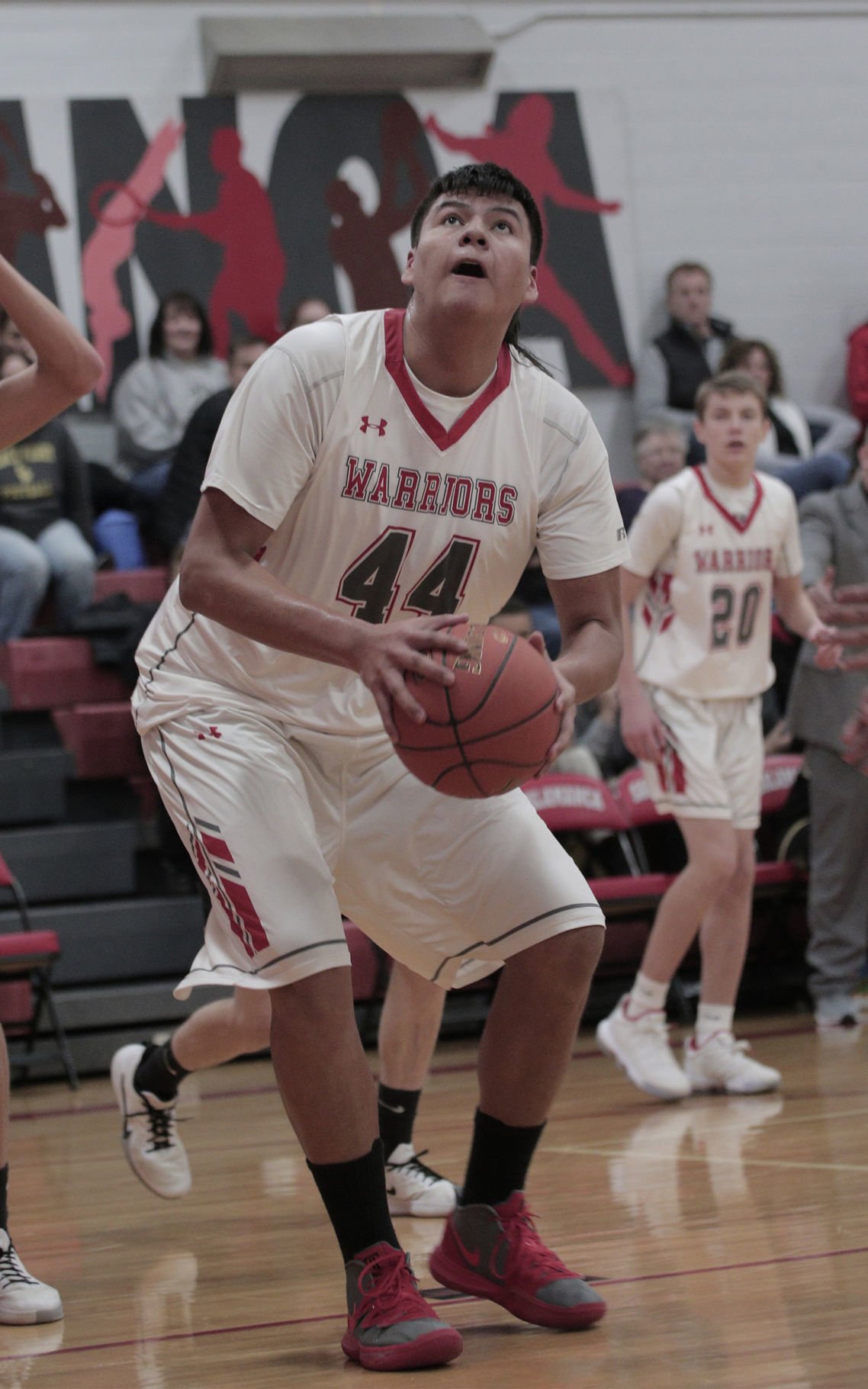 Salamanca’s Jarod White (44) getting ready to put in an easy layup against Silver Creek during a CCAA East I boys basketball game Friday night in Salamanca. 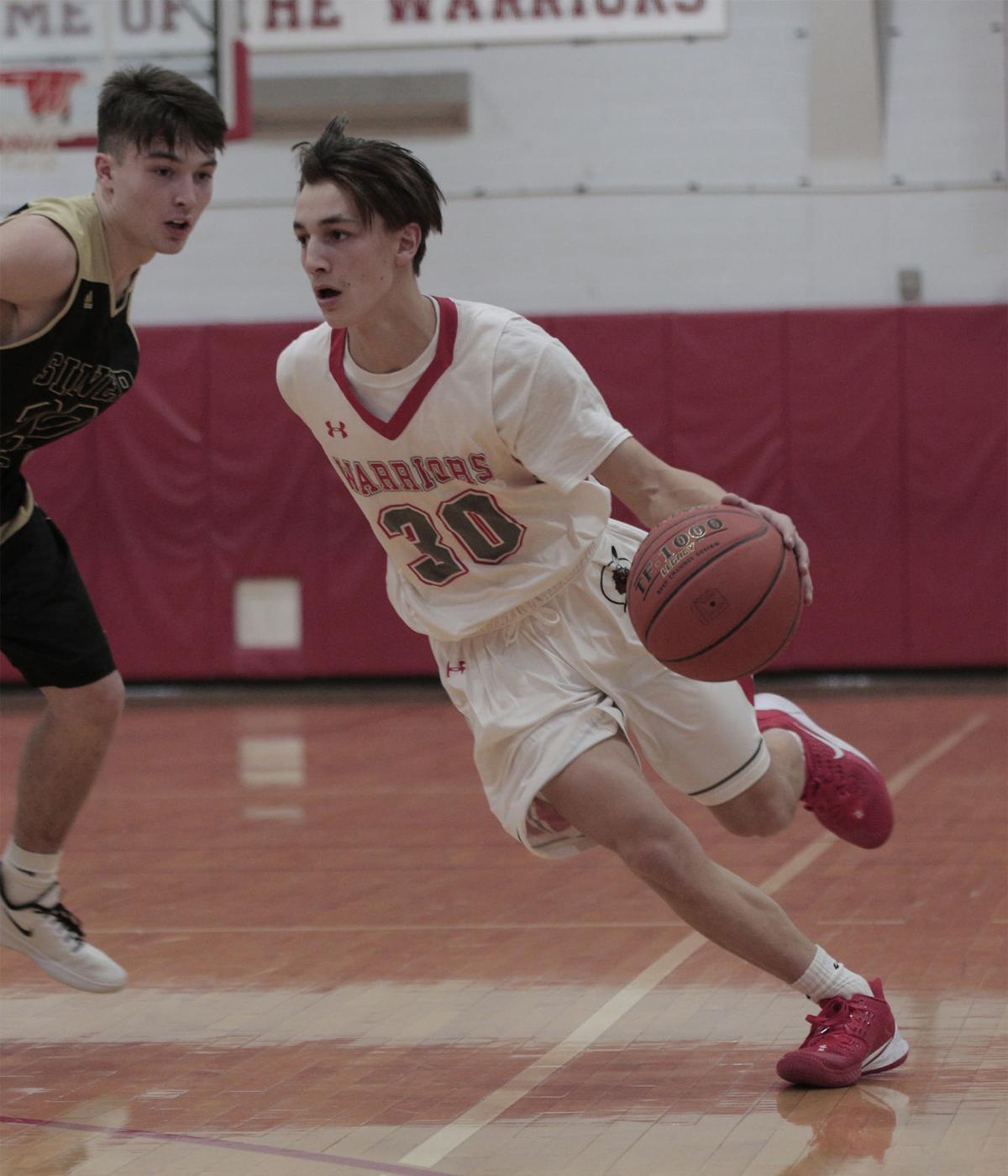 Salamanca’s Aaron George (30) looks to dribble inside during a CCAA East I boys basketball game against Silver Creek Friday night in Salamanca. 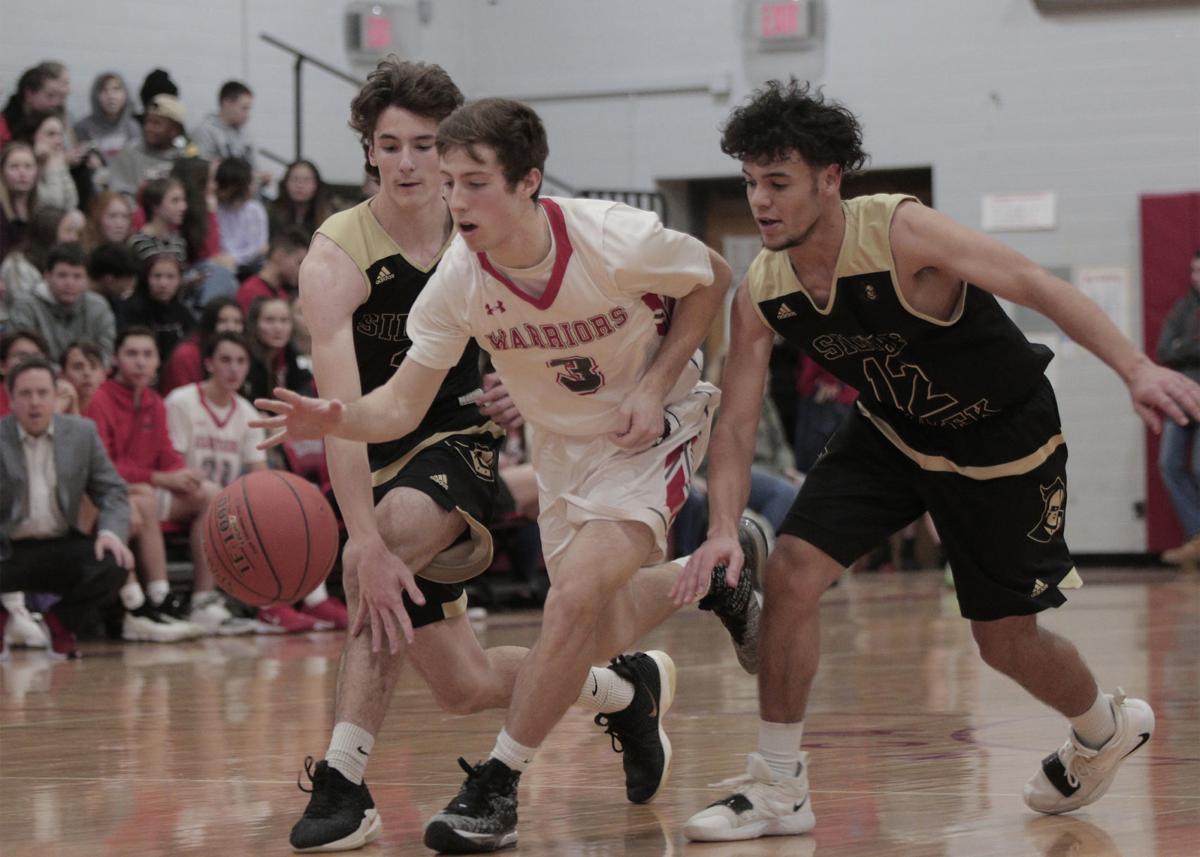 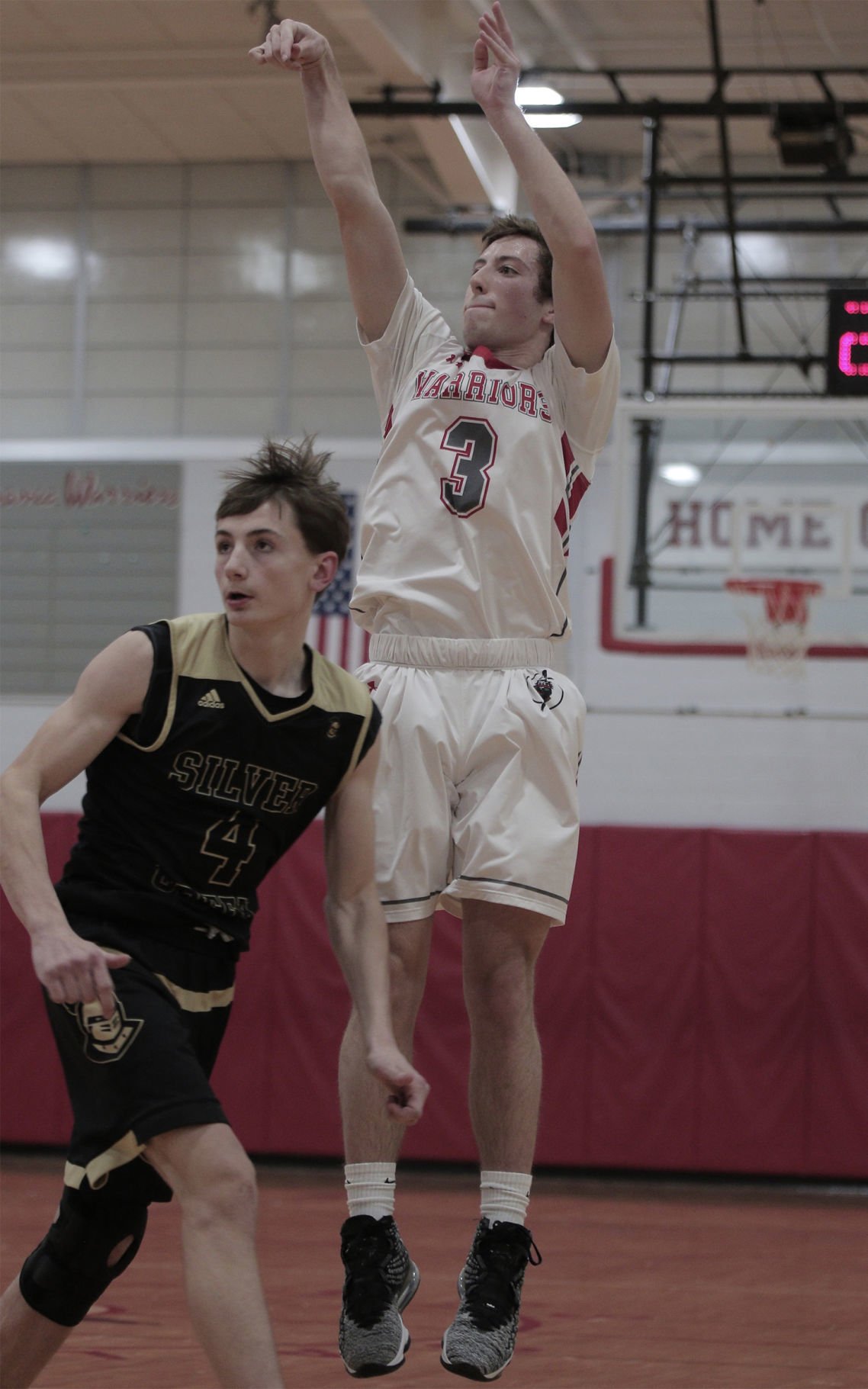 Salamanca’s Jarod White (44) getting ready to put in an easy layup against Silver Creek during a CCAA East I boys basketball game Friday night in Salamanca.

Salamanca’s Aaron George (30) looks to dribble inside during a CCAA East I boys basketball game against Silver Creek Friday night in Salamanca.

Unfortunately for the Salamanca boys basketball team, it couldn’t take advantage of Jarod White’s career-best performance in a hotly contested league game with Silver Creek Friday night. White, a 6-foot-6 junior center, poured in 30 points with 11 rebounds in a 67-62 CCAA East I loss to the Black Knights.

Salamanca coach Adam Bennett admitted his team needed to perform better in transition, giving up too many turnovers to allow the second-highest scoring night by a Warrior opponent this season.

“He was good in both areas,” Bennett said of White. “When we beat the press, he got layups, and in the halfcourt he was getting the ball inside. He was rebounding the ball really well, he was playing hard. Our guys are doing a good job of finding him and getting some easy ones, and that's why I'm not really concerned offensively, it's moreso the turnovers. If we hadn't turned it over, he probably could have gone for 40.

“But unfortunately we had that problem really the entire game where they did a good job of forcing us to make one or two extra passes before we got it to him, and those passes were the ones that typically they took away.”

Silver Creek used a press for most of the second half, stifling the Warriors' halfcourt offense to try to limit White.

"He ate us up," SC coach Ralph Jackson said. "We try to pressure as much as we can. He's huge, to cover him and our big kid was in foul trouble, he got the ball and we weren't disciplined enough and he was drawing the fouls and getting some easy looks. Sometimes our rotations were bad and it happened, but fortunately he didn't score a few more points."

Also for the Warriors (8-4, 2-2), Aaron George scored 13 points with six rebounds, while Isaac Brown had nine points and six boards.

Salamanca used an 11-2 run to take a 52-45 lead late in the third quarter. But Silver Creek responded with its own 12-0 run, tying the game before the fourth and taking a 57-52 lead early in the quarter, never trailing again.

"They went of that little run and the last few weeks we've talked about staying focused, doing our job, doing the things we need to do," Jackson said. "They hit a few shots. They went on that run, we went on a run also. So fortunately we got the W tonight."

Silver Creek took its 67-62 lead with 1:24 to play, and the Warriors produced multiple opportunities to cut it to a one-score game. But open shots just didn’t fall down the stretch.

“When you talk about offense and defense, typically you're talking about the halfcourt,” Bennett said. “My concern tonight was turnovers in transition. We got beat in transition and we gave them most of their points on either turnovers or offensive rebounds. We've been a good rebounding team all year. Tonight we gave them some easy ones, especially in the first half, and then the turnovers: they did a good job of forcing steals and getting run-outs. We try to be the team that wins in transition every night. Our halfcourt stuff was fine, I thought we did fine there, it's the special teams, the transition and getting up and down the floor.”

Partly cloudy this evening, then becoming cloudy after midnight. Low 17F. Winds WNW at 5 to 10 mph.