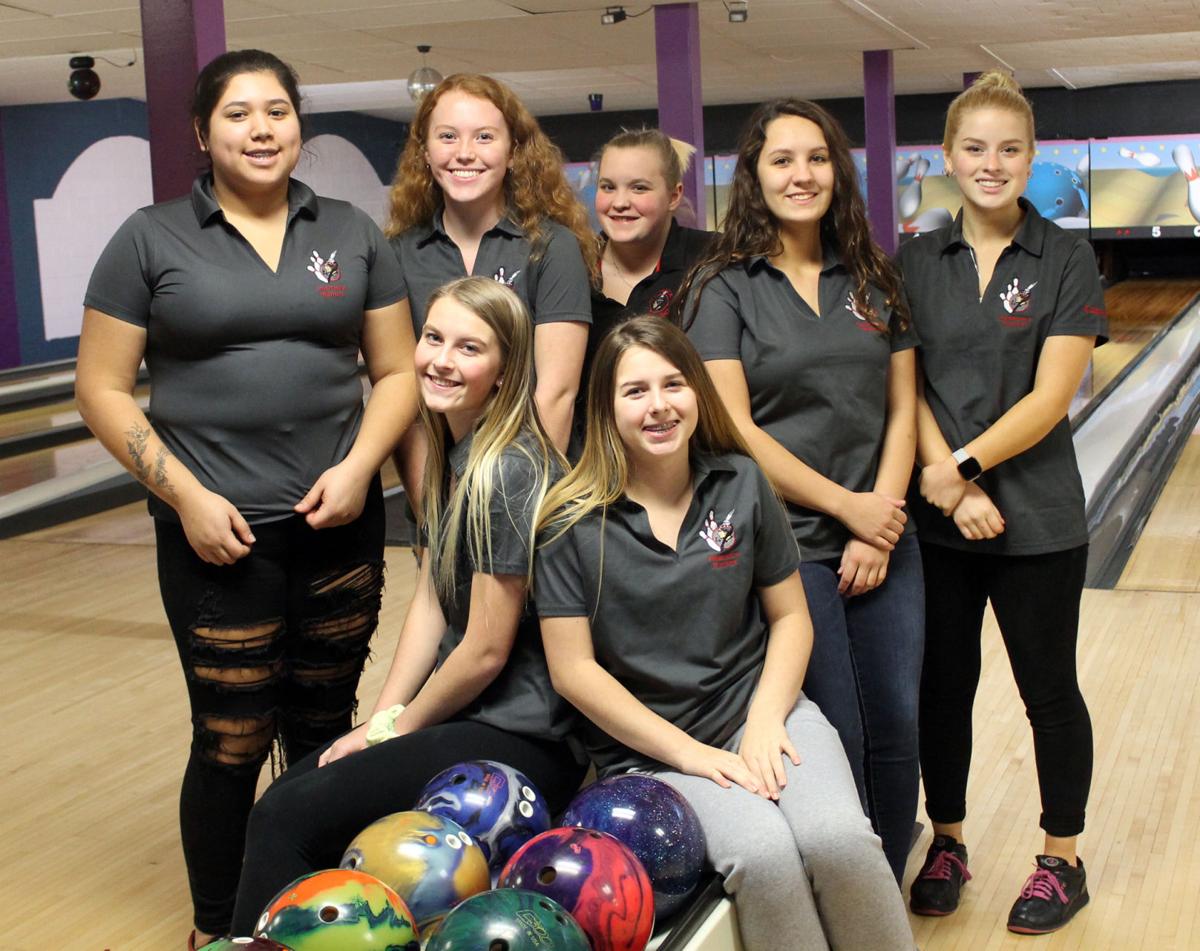 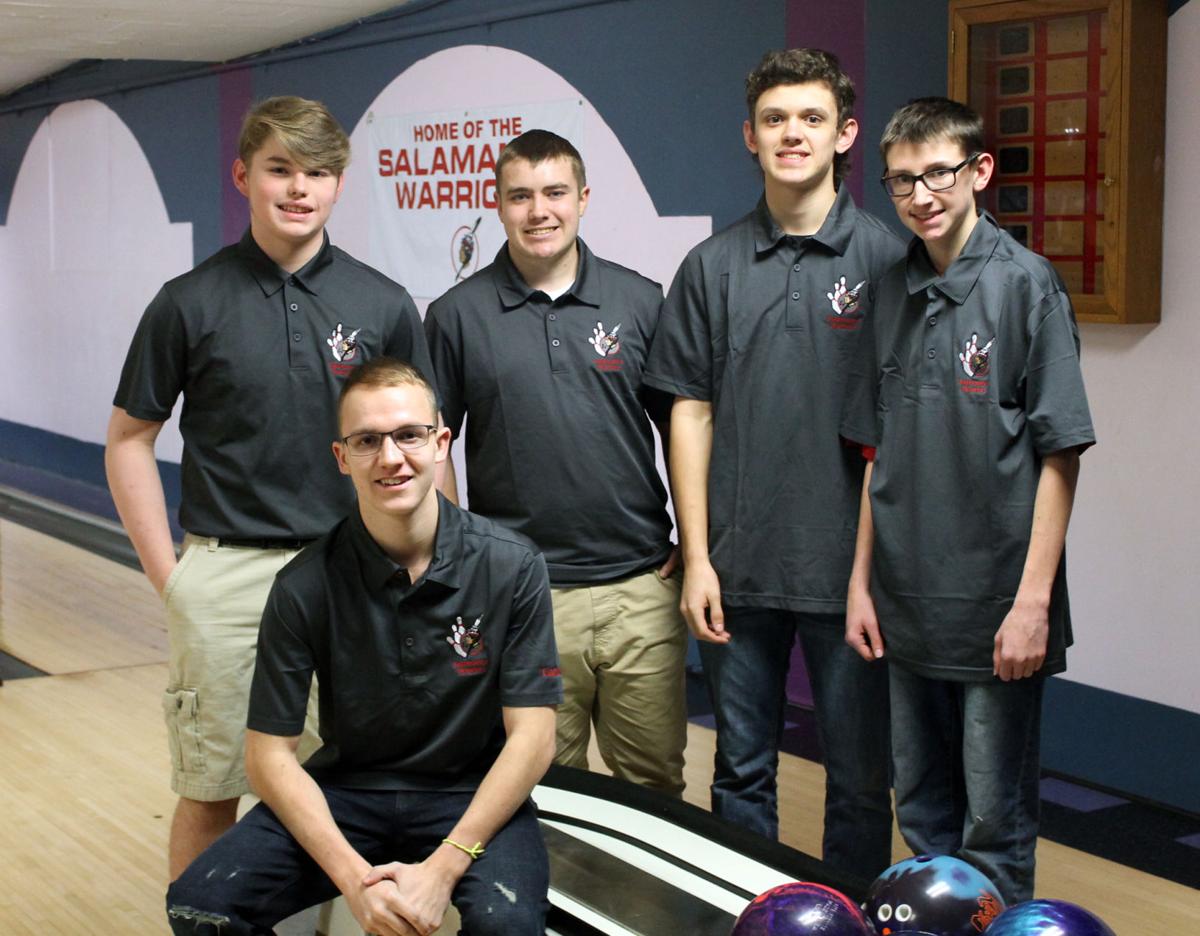 Gene Jankowski knew his Salamanca girls bowling team would enter the season with plenty of confidence.

The Warriors’ girls team finished second last season in the CCAA Div. II standings behind only Allegany-Limestone, and with the dominant Gators losing most of their team to graduation, Salamanca looked primed to contend for the title. But Salamanca’s confidence doesn’t boil over into overconfidence.

“They don't go, 'We're going to win today,' or anything like that,” Jankowski said. “They just come out and bowl and they get it done on the lane, so it's not like a cocky attitude with any of the girls. They just go and have fun. One of them, Emma Fiske, said the other day, 'I like bowling because I can relax, it's not as stressful as (other sports).' She plays soccer and she's pretty good at that, and softball.”

Going into the Christmas break, Salamanca held an 18-2 record, leading A-L (18-6) for first place. Jankowski credited his leaders for stepping in where last year’s let off.

“The key is the leadership we've got, Emma Fiske and Jordan Ray, our senior co-captains and then Maeghan Collins, they've all been bowling since seventh grade,” he said. “They were there last year, 'there' meaning second place, they were pushing Allegany. Allegany lost one game last year and that was to us and I know at the end of the season how much that meant to them. So I think they're stepping right in where they left off.”

Jankowski said he had a preseason talk with Ray about being the one to ‘fill in the shoes’ left by Nora Warrior.

“That's one of the keys and the other thing is some of the new bowlers,” he said. “You just never know who's going to show up and try out and how they're going to bowl. The first game was against Allegany and the new girls did really well. We've kind of taken a step back, which was a little bit unexpected, but now we're kind of building it back up and getting them on track. We knew with Allegany losing five out of their starting six that they were going to have a big dropoff and we went undefeated against the rest of the league last year.”

— After finishing third last year, the Salamanca boys currently sit second at 16-4, behind only Hinsdale (15-1).

“They were third last year and that's about what I expected coming into this year,” Jankowski said.

But the Warrior have only lost games to A-L and Hinsdale this year, including a 3-1 defeat against the Bobcats.

“Then we did well against Allegany, lost the first game, then we won the next three,” Jankowski said. “We got smoked by Hinsdale the first game, their top three shot 744 against us with a 289 and a 276. Then we came out and won the second game. So we'll take that win because they're loaded. We'll take those wins.

“Then we go to Gowanda and I'm looking at the averages and we were about identical right down the top six. Typically our boys don't do well there and it's a combination of the Gowanda kids bowl phenomenal and that first game they were striking all over. We ended up winning that by a little and then that set us on pace and we won the next three. Right now we're looking at hopefully second if it plays out the second half of the year like it did the first. So it's better than we thought.”

Just a ninth grader, Quitnon Jones leads the Warriors on the lanes with a 189.4 average.

“He's getting better and better, he's taking lessons in the summer,” Jankowski said, “We've got Corey Gebauer, he's not a leader but he's a young kid and he's competitive, he bowls a lot, he takes lessons too.

“Then for the team leadership, you've got (senior) Justin Blakesslee, he plays golf and soccer, going to school for soccer. He's the leader, he's the role model, he's the one that gets it done in the classroom too, just a great kid. Dylon Ingersoll is an eighth grader, he doesn't say much at all but he bowls well. And then you've got Jon Wiltsie, he bowls really well, he tries hard and he bowls a lot and he's really helping us out. Nice kid, works real hard for me.”

Jankowski hopes the Warriors’ youth on the boys side leads to further success in the coming years.

“We've got some good bowlers,” he said. “We hope to get a couple more in there to load up, but we're not like we had a few years ago when we were 47-1. I don't know if that's coming, but we'll see who we've got in the wings in the minor leagues and the junior bowling to help us out in the future.”

Cloudy with rain and snow showers. Areas of patchy fog. Temps nearly steady in the mid to upper 30s. SSE winds shifting to WSW at 10 to 15 mph. Chance of precip 60%.

Snow showers. Temps nearly steady in the low to mid 30s. Winds WSW at 10 to 15 mph. Chance of snow 50%. Snow accumulations less than one inch.