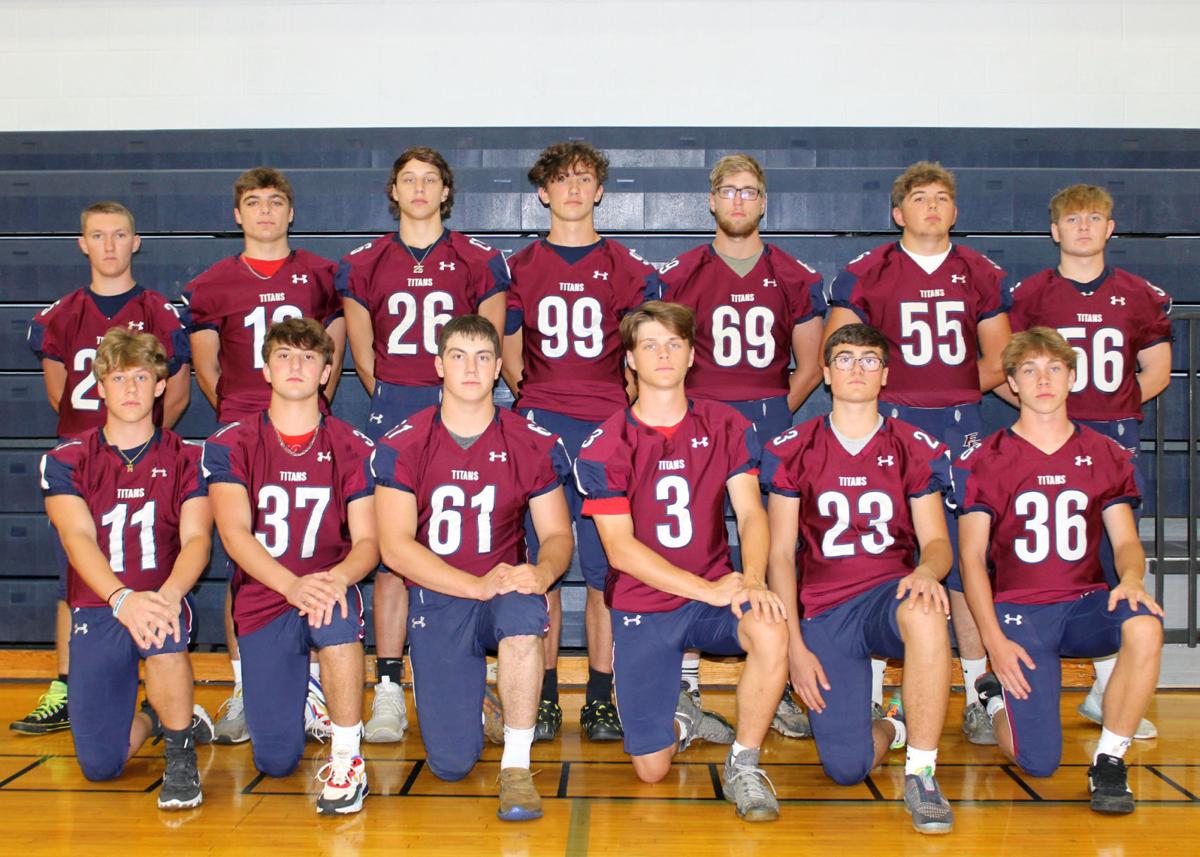 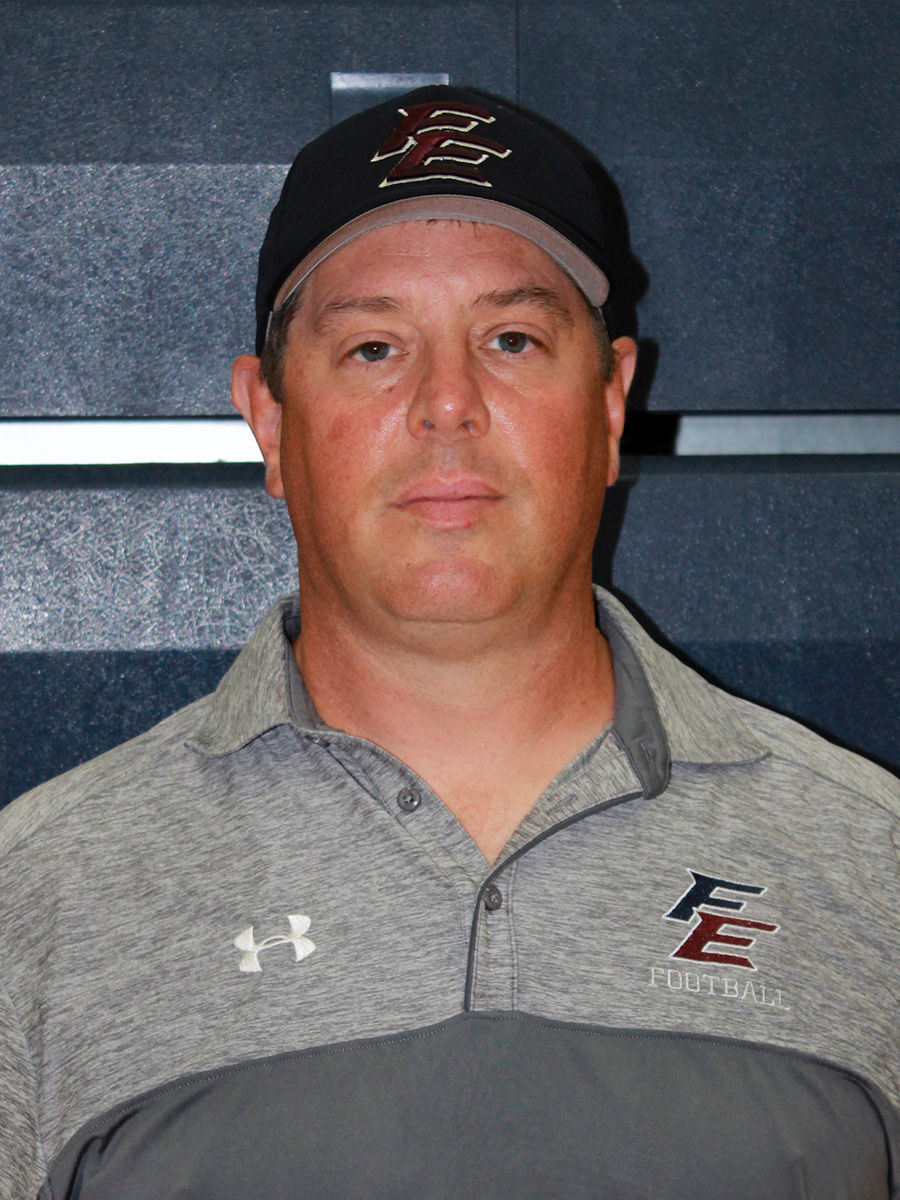 FRANKLINVILLE — Less than four months after winning a sectional championship, even without several since-graduated key seniors, the Franklinville/Ellicottville football team returns to the field with plenty of confidence.

Gone are 16 seniors, four of them members of the Times Herald’s Big 30 New York All-Star team including Co-Player of the Year Logan Frank. But the Titans still return a strong core, one that third-year F/E coach Jason Marsh hopes to build around, with 16 letterwinners, including six starters.

“It was a great feeling finishing with a sectional championship last year,” Marsh said. “Obviously we lost a lot of key players from that unit, but we have a great group of guys coming back. We've got a lot of guys that got a lot of experience last season and we're just looking to plug some new players into position and hopefully build upon the momentum we had going at the end of last season.

“I think our roster is pretty good with our returning lettermen ... we have a decent amount of experience back and we're going to be moving guys up from the JV roster last year,” Marsh added. “Our JVs had a great season last year, so we're looking to add those guys, build upon their success as well.”

Replacing a three-year starting quarterback in Frank, Marsh didn’t have to look far. Jason’s son, Lucas Marsh, has backed up Frank the last two seasons in addition to playing wide receiver and defensive back.

“Certainly we're going to have to do things a little bit differently with our offense,” the elder Marsh said. “But Lucas has had a little bit of experience, he had one start last year in our first game; the last two seasons he's been our backup, so he definitely has enough experience with the offense. But our offense will probably take on somewhat of a new look this year.”

F/E hopes to rely on experience up front, with three returning starters on the offensive line (Caleb Ploetz, Ethan Frank and Andrew Bolya).

Wide receiver Blake Frank and running back Logan Grinols both played important roles last year and could step into bigger ones as seniors.

“Logan Grinols obviously played a good role for us last year, a two-way starter, he's going to step up and take on more of a role this year,” Marsh said. “Newcomers Beau Bielecki, Hunter Smith (both sophomores) should also take on those roles in the backfield. And obviously we have returning wide receiver Blake Frank, who was a real good receiver last year for us. He returns, he's also going to play a big role in our offense.”

Even with experience on the line, Marsh knows this won’t be a team that wins on size alone.

“Size-wise we're not going to be the biggest team on the football field; we never have been,” he said. “But we have guys that play with a lot of heart and I think we have a pretty decent amount of team speed this year.”

What does this group have to pick up from those who graduated from the Fall II 2020 sectional champs? Leadership, Marsh said.

F/E retains much of the coaching staff that has existed under Marsh and his predecessor, Chad Bartoszek (now coaching at Salamanca). Chris Mendell returns as defensive coordinator; Mark Blecha coaches special teams; Scott Palmatier and Joe Myers are junior varsity coaches, along with Justin Tatlow, who also works with quarterbacks; and Bill Delity and Tony Marconi work with F/E’s modified team.

On defense, Marsh identified linebacker as his team’s biggest questions to answer before the opening week kicks off Sept. 3.

“We have to replace all four of our linebackers (from) last year, so that's going to be one of the big question marks,” he said. “Can we get those younger guys up to speed on defense at the linebacker position and have some other guys step up in that area.”

In Section 6 Class D, F/E will compete with Portville, Randolph, Cattaraugus-Little Valley, Silver Creek/Forestville and Clymer/Sherman/Panama, which returns to the ‘D’ level after a year in ‘C.’

“I think the Ds are going to be very competitive,” Marsh said. “Randolph had a lot of young guys (last year) that are returning to their group, they're going to have kind of a veteran group. Bringing down CSP, who played well in the Cs last year, they're always competitive, always one of the top contenders in our league, and obviously I think week in and week out it's going to be a dogfight in Class D.”

(All games at Franklinville this season)