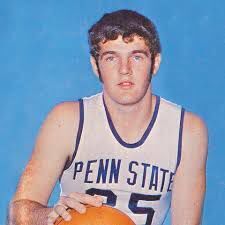 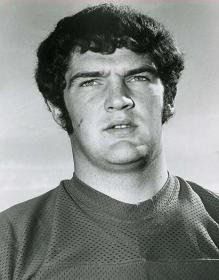 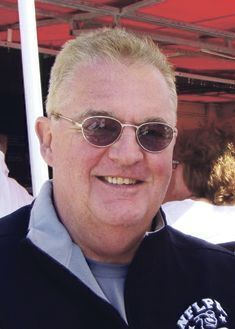 Football gave Chuck Crist his fame, but according to followers of his athletic career, it could have been any number of sports.

Fred Saradin, three years Crist’s junior, recalled watching the Salamanca High School athletic legend excel at any sport he put his mind to, from football to basketball to baseball and track and field in the spring.

“When you’re a freshman, the seniors seem like giants,” said Saradin, a ‘71 SHS grad. “Chuck was a giant at that time because he was so good. It’s corny, but he was my hero. Everybody loved what he could do on the field. There are great artists, people are born to sing or paint, and I believe Chuck was one in a million that just had that natural ability where it came to a ball, he was just fantastic.’”

Crist died in his sleep Wednesday morning at the Cleveland Clinic after a long illness. He was 69. He left an indelible athletic legacy to those who saw him perform, from high school in the 1960s, college basketball at Penn State or in the NFL for the New York Giants, New Orleans Saints and San Francisco 49ers.

Saradin, now the Olean city auditor, said he saw every game of Crist’s senior year in basketball (1967-68), serving as statistician for coach Roger Crandall. He also attended every football game he could from grades seven through 12.

But the two most impressive feats he witnessed occurred in two other sports.

CRIST WOULD return to Salamanca in the offseason during his NFL career and played for local fast-pitch softball teams. Saradin played with Crist and remembers a stunning home run against legendary pitcher Jim Adamczak in a 24-team tournament held at Jamestown.

“Jim Adamczak was untouchable, he threw the ball so hard and he had a riser that he’d strike out 17, 18 batters. Nobody ever hit Jim Adamczak,” Saradin said. “Well, a friend of mine said he went to the tournament that year and as he’s pulling into the parking lot, here’s a ball, a rocket that was going over the fence. Adamczak was pitching. And the guy that hit it was Chuck. Nobody hit a home run off Adamczak, but Chuck did.”

The other stunning memory, Saradin said, was on the track. First he saw Crist’s competitive spirit, then his athletic ability. After a JV baseball game or practice, Saradin made his way to watch a track meet at Veteran’s Park against Dunkirk, which had future Syracuse running back Bob Barlette, a great sprinter who boasted a 9.6 time in the 100-yard dash.

“That’s unbelievable. I thought I’m going to go over there and watch this guy because 9.6 was unheard of then, it’s still a time that’s hard to believe. So I thought, I’m going to watch him run,” Saradin recalled.

But Crist, who excelled in the long, triple and high jumps, lobbied coach Lou Foy to shift his events to sprints to try to beat Barlette.

“Louie wasn’t real crazy about it but Chuck talked him into it,” Saradin said. “Vet’s Park was not a very user-friendly track. It was a cinder track, it wasn’t great.

“So Barlette’s in his block and I don’t know that Chuck ran the 100-yard dash all year because he was so good in the field events. So the gun went off and Chuck didn’t get a great start, Barlette knew how to get out of the blocks and Chuck lost to him by three or four yards.”

But the rematch came an hour later in the 220-yard dash.

“They run the 220, Chuck against Barlette,” Saradin said. “Chuck beat him by five yards. Not too many people saw it, but he was so great at whatever he did. He was extremely confident, extremely talented.”

— Brad Weitzel, seven years younger than Crist, grew up watching him play and marveled at his talent and modesty.

“The thing about Chuck was he was one of us but he was the greatest of all of us,” said Weitzel, a longtime baseball scout and former assistant coach for the University of Florida baseball team.

Crist “never big-leagued us,” Weitzel said, meaning he never looked down at others from his hometown.

“How could that guy be so humble when he did all that? He would never stand around, brag about himself, none of that,” Weitzel said.

He also played fast-pitch softball with Crist, playing second base to Crist’s shortstop, and estimated he could have been a pro baseball player had he chosen to focus on that sport.

Joe Sanfilippo, Crist’s high school coach, would give the next generation of Warriors updates when he got them as his former quarterback made the NFL as a defensive back.

“He was like a god,” Weitzel said. “I remember when I was a freshman, Coach Sanfilippo every time he’d come out to practice in August and he had some different info, he would call the team together and say, ‘Hey, Chuck made it through to first cut, he’s got about 10 more guys to beat out.’ He would give us updates, not every day, but whenever he got it. That was a big deal for him. Coach (George) Whitcher was his assistant, that was a big deal for him, and for all us players, for the whole town.”

Crist made himself a turnover magnet at safety, producing 20 interceptions and 11 fumble recoveries in 92 games over seven seasons.

Weitzel compared Crist’s story to that of Vince Papale, the inspiration for the Invincible film, and said he could have had his own Hollywood story. Crist inspired SHS athletes who followed him.

“How can you do that? We had guys year after year, OK, they might go play DIII at Ithaca or play at Mercyhurst or play at Edinboro,” Weitzel said. “For a guy to not play college, then he’s going to an NFL tryout? How does that happen? Why was there never a movie about this, this was an unbelievable story. You always thought about him, you always wanted to please him if he was there at a game.”

— Bill Weitzel, 83, Brad’s father, remembered watching Crist all the way back to youth football, when he played for the Kill Buck Panther program.

“I started following him then, all up through. He was a great person to watch,” Bill Weitzel said. “When he was in a game, there was a different air. It seemed like he enjoyed playing and it made you enjoy watching it. He was a real good teammate. It was fun to be around him.”

“When he was 12 years old, you could tell,” Weitzel said. “He was awful thin … sort of made you nervous in football, but he got through it and he developed into a big person. I can remember him right through that age group, you could tell then he was on his way.”

The Warriors went undefeated in Crist’s senior football season and lost just one game on the basketball court the same year.

“The best thing about him was he was fun to watch, he enjoyed playing, he was a good teammate,” Bill Weitzel said. “He was on some unbelievable teams then. He was an enjoyable person.”

— Saradin reached out to notify his classmates of Crist’s death this week. On, Joe Speroni, shared a story of meeting Franco Harris, the Penn State and Pittsburgh Steeler legend, and asking him about Crist.

“I asked him if he knew Chuck,” Speroni wrote in an email. “He said that Chuck was probably the best overall natural athlete while they were at Penn State. Quite a compliment from one of Penn State’s and the NFL’s greatest players.”

Saradin said he maintained friendships with the Crist family through the years, and was honored to receive an invitation to his Greater Buffalo Sports Hall of Fame induction ceremony last year.

“He truly was an icon,” Saradin said. “A small town doesn’t have a lot of things to brag about, but Chuck made it.”

On your mark: Gans Creek readies for SEC debut this fall

After playing 'like a robot' in 2020, Husker OLB Pheldarius Payne feels he's ready for a jump