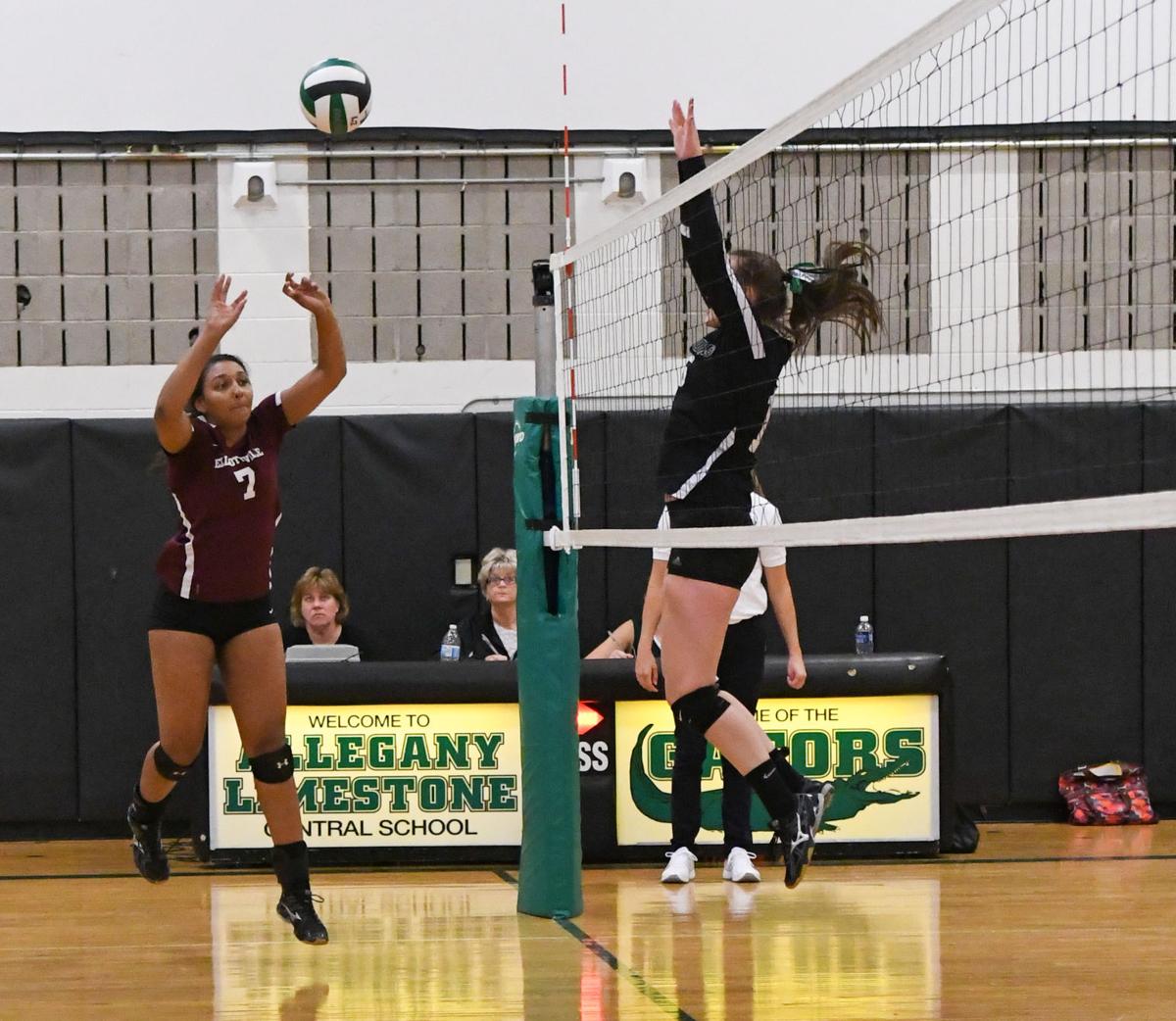 Ellicottville senior Marissa Hamilton (7) hits a ball over the net against Allegany-Limestone in a varsity girls volleyball match in Allegany Monday night. 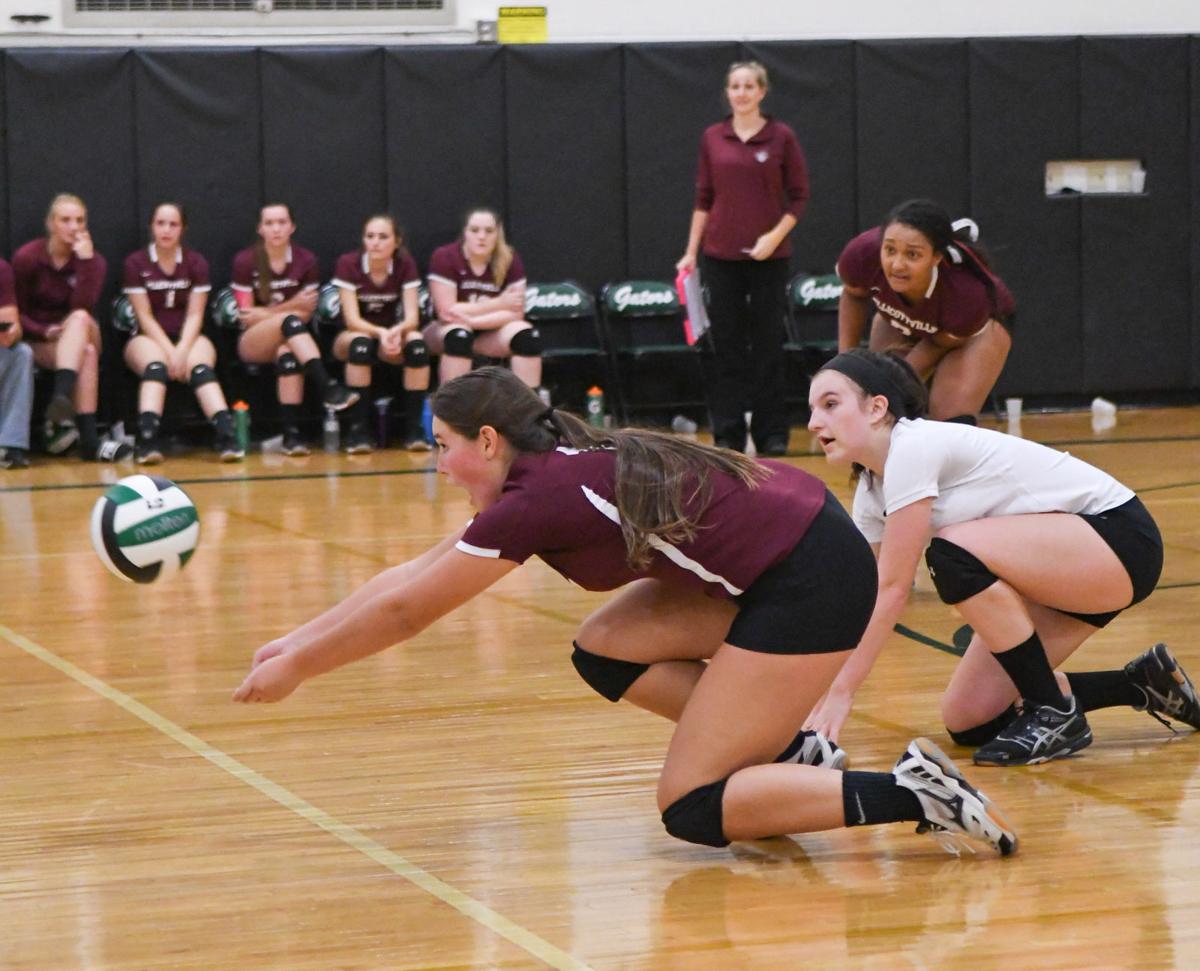 Ellicottville's Sierra Maybee (14) and Ellicottville Mackenzie Czapla get low on defense during a match at Allegany-Limestone Tuesday.

Ellicottville senior Marissa Hamilton (7) hits a ball over the net against Allegany-Limestone in a varsity girls volleyball match in Allegany Monday night.

Ellicottville's Sierra Maybee (14) and Ellicottville Mackenzie Czapla get low on defense during a match at Allegany-Limestone Tuesday.

“I told the girls when we came over here, 'We're going to be done in a half-hour if we don't play better than this,'” Martin said. “It was just so poor on so many levels. I don't think anybody played well in the first game and you know, to Ellicottville's credit, the other three games were a struggle and they pushed us.”

“We did a really nice job putting pressure on the ball, kept them out of (their) system so they couldn't really set anything up,” Ellicottville coach Katie Auge said of her team’s opening win. “The next couple games we didn't put enough pressure on the ball so it gave them an easier path.”

“They have an outstanding player in Hamilton and every time she touches the ball she's capable of doing damage to you and I thought she played well,” Martin said.

He noted how CCAA East matches, which will determine sectional seeding points, have tended to be close this year.

“There's a group of us: there's Portville and then everybody else sort of muddled in the middle of this,” he said. “So anybody on any given night can win those. When you're fortunate enough to play well enough to win you're happy with that.

“Every coach would tell you, you'd like to peak in the playoffs and I don't know if we peaked tonight but it was encouraging to see how we battled back and played so much better as the match went on.”

NOTES: At Ellicottville’s next home match Thursday (J.V. 4:30, varsity 6 p.m.) against Cattaraugus-Little Valley, the Eagles will hold an “Alex 41 Strong” benefit for 5th grader Alex Newark, who is currently fighting cancer. Baked goods brought by all J.V. and varsity players will be sold and a signed volleyball will be raffled off with all proceeds to benefit Alex’s family for medical costs.