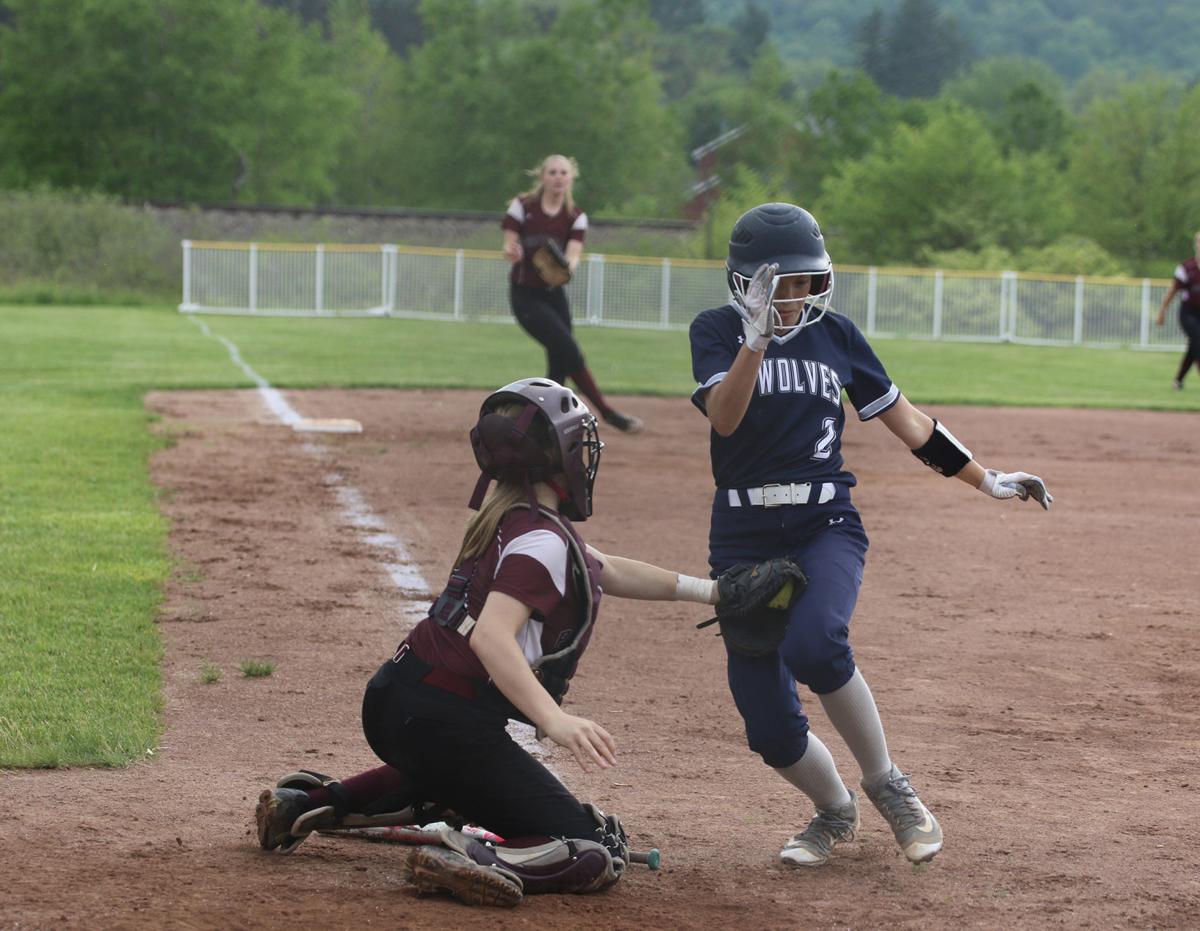 Portville’s Mia Hlasnick (left) applies the tag to Cattaraugus-Little Valley’s Lauren Eaton (right) for an inning-ending out in the top of the sixth on a throw from left fielder Sierra Keim. Portville won, 7-2, in a Section 6 Class C-1 semifinal Tuesday in Portville. 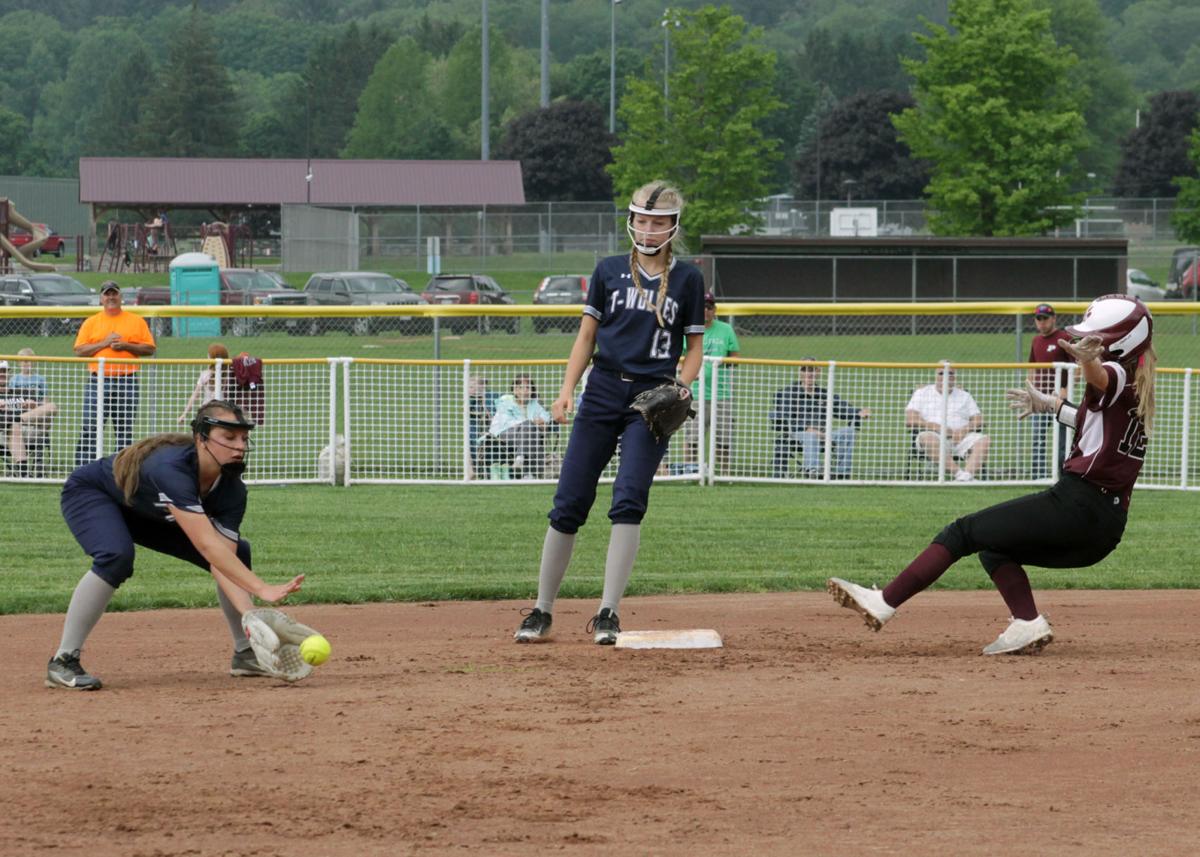 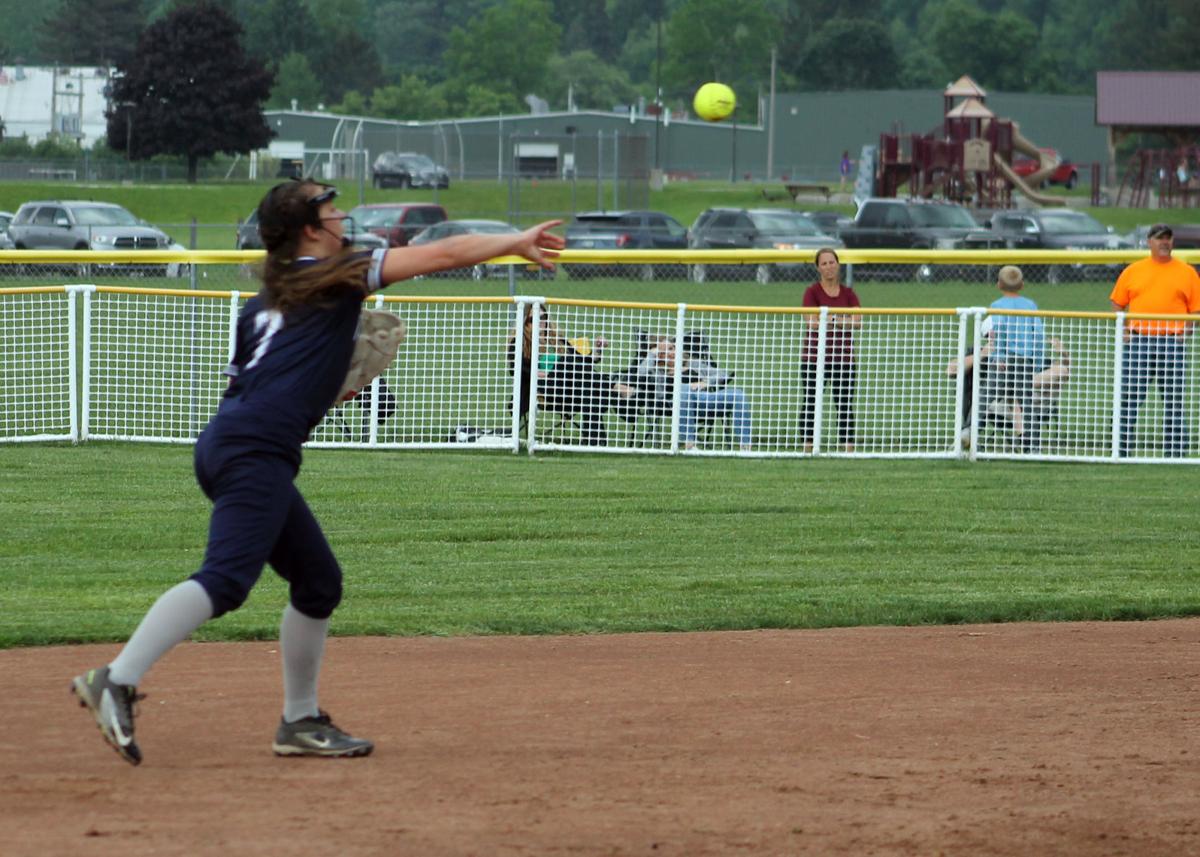 Cattaraugus-Little Valley shortstop Lexi Wulf (7) makes a throw to first base against Portville during a Section 6 Class C-1 softball semifinal Tuesday in Portville. 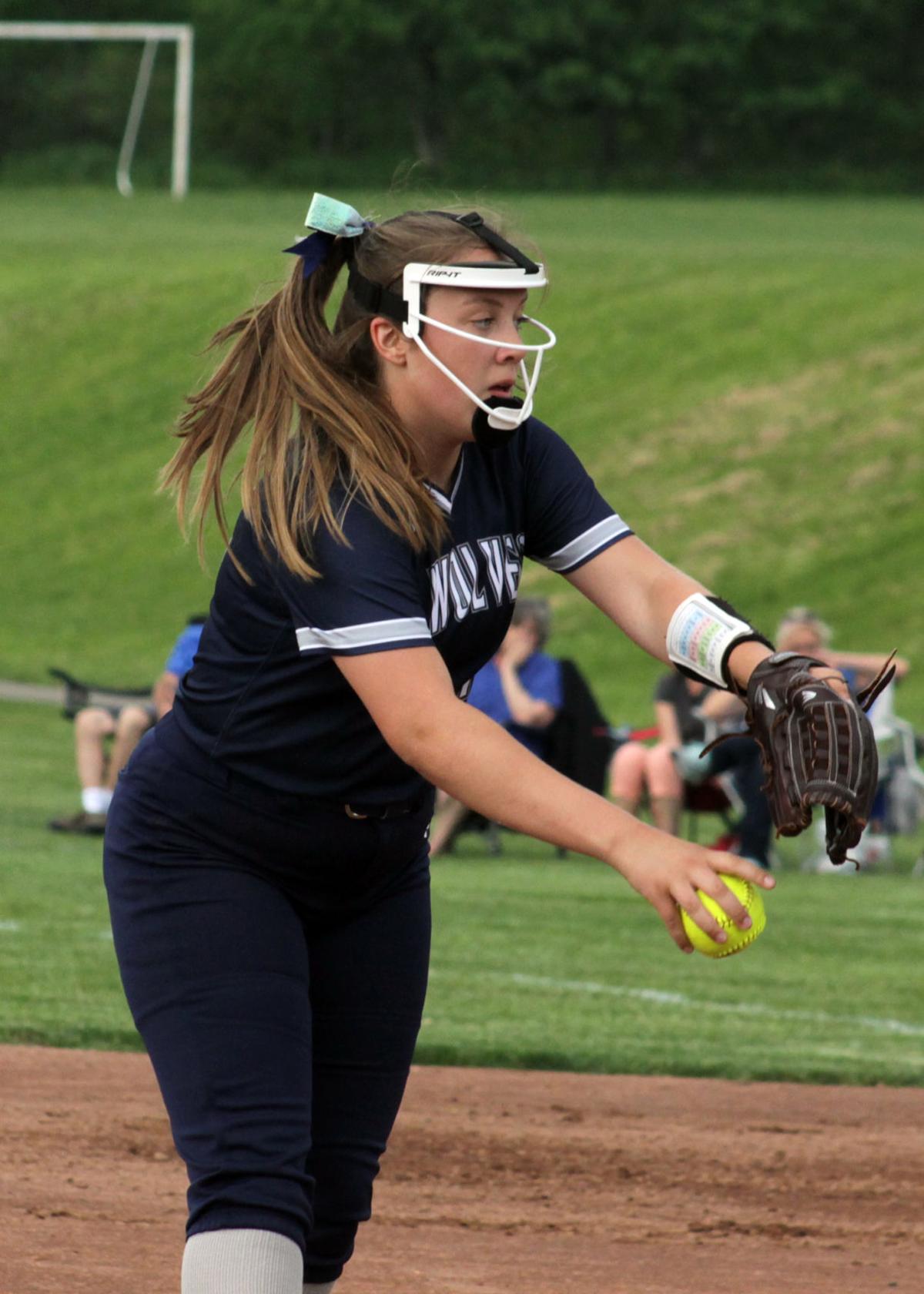 Portville’s Mia Hlasnick (left) applies the tag to Cattaraugus-Little Valley’s Lauren Eaton (right) for an inning-ending out in the top of the sixth on a throw from left fielder Sierra Keim. Portville won, 7-2, in a Section 6 Class C-1 semifinal Tuesday in Portville.

Cattaraugus-Little Valley shortstop Lexi Wulf (7) makes a throw to first base against Portville during a Section 6 Class C-1 softball semifinal Tuesday in Portville.

PORTVILLE — After surviving a few tense late innings with Cattaraugus-Little Valley, the Portville softball team is back to where its season ended a year ago.

For the third consecutive year, the Panthers will play for a sectional title against Chautauqua Lake. And this time, in a rubber match, Portville hopes to avenge a season-ending loss to the Thunderbirds in last year’s Section 6 Class C-1 final.

The No. 2 Panthers defeated No. 3 C-LV, 7-2, in Tuesday’s C-1 semifinal. The Timberwolves outhit the Panthers 7-6, but a few dazzling inning-ending defensive plays ensured Portville held on to its lead after going ahead 4-0 after two innings.

C-LV reached base all seven innings and stranded 12 runners. By comparison, Portville left six runners on in six innings at the plate. The Timberwolves left the bases loaded after scoring their first run in the fourth, as Portville’s Faith Capito made a diving catch along the foul line in right field. Portville escaped jams the following two innings as well, stranding two runners each, including on a throw from Sierra Keim in left field to catcher Mia Hlasnick to end the sixth.

Armed with hindsight, C-LV coach Heather Kagelmacher said she didn’t regret sending runner Lauren Eaton, who had doubled, around third on Emma Rupp’s two-out hit as the T-Wolves trailed 6-2 in the sixth.

“It takes a good throw, a good catch and a good tag to get her out,” Kagelmacher said. “She’s a fast runner. She’s going to sectionals for track for the 100 and 200, she can obviously run. I couldn’t leave her out here with two outs. I just had to try it. It takes a good play and they made one.”

Portville scored five of its eight runs, including its first four, in two-out situations.

“Anything can happen on any given day and the girls today made some key hits at opportune times and made some really nice plays when it was the other way around,” Torrey said. “I’m just proud of the girls’ effort. They’re playing really hard and hopefully we’ll be able to keep it going.”

“We had runners on every single time. We just don’t have the clutch hit,” Kagelmacher said. “That’s what we need to work on is the runners in scoring position, clutch hitting. I feel like that was one of the differences in the game and the other was the second inning, three unearned runs. That’s rough to come back from that ... take those off the board and you have a completely different ballgame.”

C-LV has limited the amount of innings Rupp, a junior returning starter, pitched this year as she dealt with a nagging injury.

"She hasn't pitched in two weeks," Kagelmacher said. "The only game she pitched more than three innings in was our first game of the season. It's rough, especially when she was a three-year returner and starter. In another year, she would have been dominant."

Rupp's injury didn't change Kagelmacher’s expectations for the team, but it gave her some perspective on the end of the season.

"Going into the season, I had really high expectations," Kagelmacher said. "And obviously I don't lower our expectations, but with our pitching, I think Lexi came in and did what we asked her to do. She did her job, she did excellent. We just didn't put the runs on the board in every game that we needed to. She kept us in every single game. Without her, we could have been winless. I feel like they played very, very well, they just couldn't put a full seven innings together."

Beat the Bruins? Here are 5 keys to ending a pair of Arizona Wildcats losing streaks

Sunny, along with a few afternoon clouds. High around 50F. Winds SSW at 5 to 10 mph.

Mostly cloudy in the evening then periods of showers after midnight. Low 37F. Winds light and variable. Chance of rain 80%.

Periods of rain. Potential for heavy rainfall. High 44F. Winds NE at 5 to 10 mph. Chance of rain 100%. Rainfall possibly over one inch.