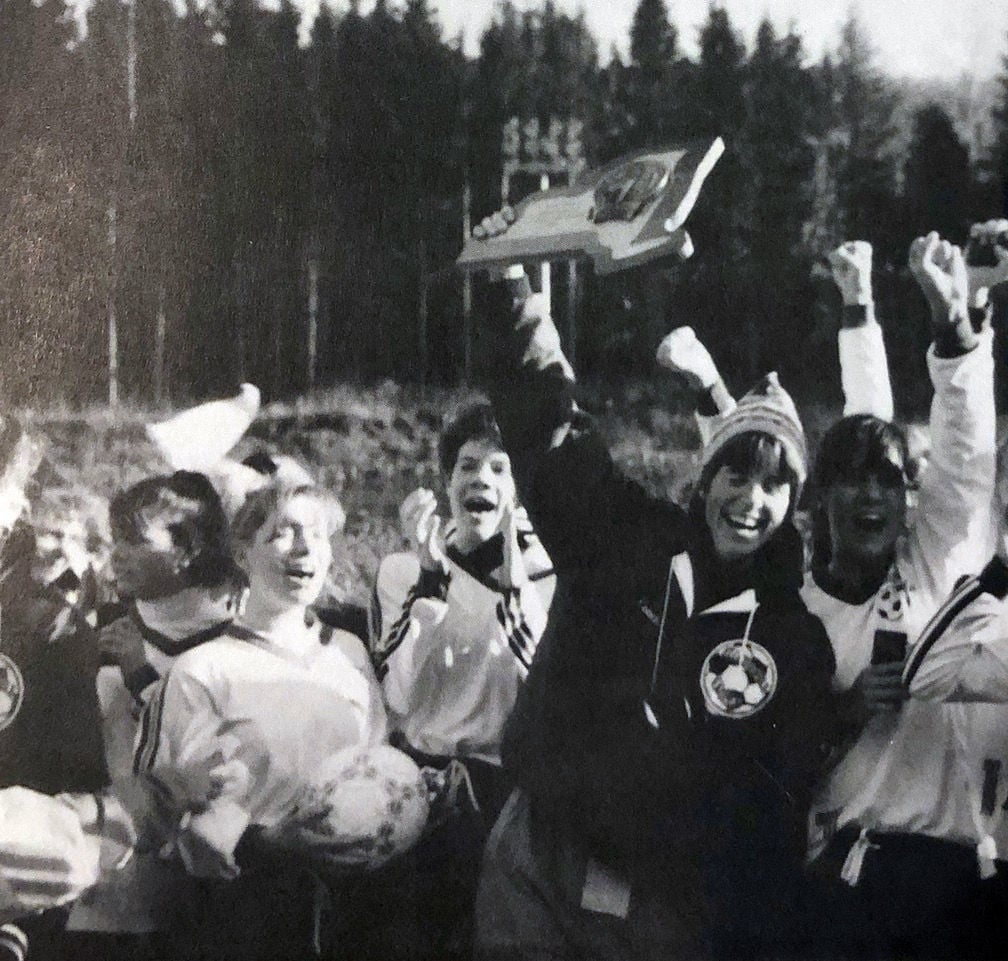 (Editor’s note: This is the next in a series in which the Times Herald and Bradford Era will be presenting the best season/team accomplishment for every school in the Big 30. The staffs at both papers made a singular selection for each school in conjunction with current and former coaches and athletic directors. Today: Ellicottville.)

ELLICOTTVILLE — Of all the successful athletic programs out of Ellicottville Central School, it’s hard to top the girls soccer teams coached for decades by Mary Neilon.

The Eagles won four soccer state championships under Neilon, and 25 Section 6 championships in 34 years. Neilon retired following the 2018-19 school year, finishing her coaching career with a record of 458-160-34.

Other squads from Ellicottville merited consideration, including the baseball teams that reached the state final in 2001 and 2002, the 2012 undefeated state champion volleyball team and the recent girls alpine skiing teams that have won state titles from 2016-17 through ‘18-’19. But Neilon’s 1990 girls soccer team, the school’s first state champion, still stands as ECS’ best.

That year, a senior-laden Eagles team picked up where the 1987 team — which made the state final four — left off.

Neilon said Mike Loftus, the team’s scorekeeper, reminded her of a prescient comment she made following the 1987 trip to the state final four.

“He reminded me over the years, ‘you said after that 1987 (season), give me three more years,’” Neilon said. “Because I knew the kids that were coming up. And darn it if that didn’t come true. Just a very hard-working, tenacious, cohesive bunch of players that I saw coming up.”

Ellicottville went 20-0 on the season, including 16-0 in the regular year, and became the school’s first undefeated soccer team and Section 6’s first girls soccer state champion. The Eagles had 13 shutouts, outscoring opponents 77-8.

While Ellicottville displayed dominance in the regular season, winning 10 games by three or more goals, and only two one-goal games, it had to show grit in the postseason. All four postseason games had one-goal margins, including penalty-kick tiebreakers in the sectional final and regional rounds.

“I think that the team that we had, had confidence in each other and were able to trust everyone was able to do their job and, in the meantime, everyone had a positive attitude, everyone was there to build everyone else up,” said Eddy, who in 2019 succeeded Neilon as head coach. “So I think that is a huge difference. There was no one on the team that was like, ‘it’s all about me.’ And I really feel like that’s why we had success: because we all had a common goal and we were all able to contribute and work towards it. It was pretty special.”

“So our season almost ended there. I think that’s probably the most memorable of them all just because it was the hardest one to get through in terms of ‘well we already beat this team twice it should be easy enough to do it again.’ But they came ready to knock us off. It was super exciting.”

Ellicottville won its final three games at Alfred University, first taking a 1-0 victory against Red Creek in the regional on PKs. So it was back to the final four, Nov. 16-17 at AU.

The nine seniors presented a letter at the state championship banquet, and Neilon shared a copy:

“It has been stated many times that when our team steps onto the field we share just as much confidence in each other as we do in ourselves. We know that any one of us is capable of taking us to the top. On our own we’ve changed the word ‘team’ to ‘family’ because that’s really what we are. We’re the Eagle family.”

Neilon recalled an “electric” atmosphere at Alfred with supporters traveling to support the Eagles.

“We had a loyal group that followed us: students as well as parents and families and friends,” Neilon said. “One of the dads of one of our students took pictures for us. But the field was that old astroturf. In some of the pictures you could see the girls had their legs wrapped because they had brush burns, not that we were a slide and tackle team, but if you just fell on that turf it scrapped your skin off. Yeah, it was electric.”

Ellicottville defeated Roxbury in the state semifinal, 2-1, then edged Florida-Seward 1-0 for the championship. Leazott scored the lone goal, finishing a corner kick from Jill Vogtli with 8:51 left in the first, and Wiechman made nine saves, according to Times Herald Sports Writer Jim Melaro’s game story.

“They were just that determined and confident,” Neilon said. “It was not overconfident. They just really believed and kids that ... like I said any one of them could step up, could help at any given moment, and they did that. And it was pretty remarkable. Because in that final game there was a flurry of shots in the last 20 minutes. The other team was pulling out all the stops and our keeper, the defense and the keeper just upped the game.”

Even through the series of close games, as opposing defenses drew tougher and tougher, Ellicottville remained confident.

“Just that feeling that everything needs to go your way, feeling like that was a team of destiny, kind of,” Neilon said of her lasting memories of the team. “But you still never know. But there were probably … I can’t think of specific instances … it was just a joyful end.”

Ellicottville won state championships again in 1998, 1999 and 2003. But the first champion team, the only one to go undefeated, set the model for Neilon’s teams.

“Them having gotten to the final four as we had once before, and then winning it really proved to us, ‘hey we can do this, girls just like me can do this.’” Neilon said. “And when I was looking at the list of managers, the little ball girls, that crew … one of them (Rachel Northrup) ended up being a leading scorer that broke Tammy’s record. It paves the way for the future.”

As training camps approach amid COVID-19, Packers CEO Mark Murphy knows ‘time is no longer on our side'

Intervals of clouds and sunshine. A stray afternoon thunderstorm is possible. High 87F. Winds W at 5 to 10 mph.