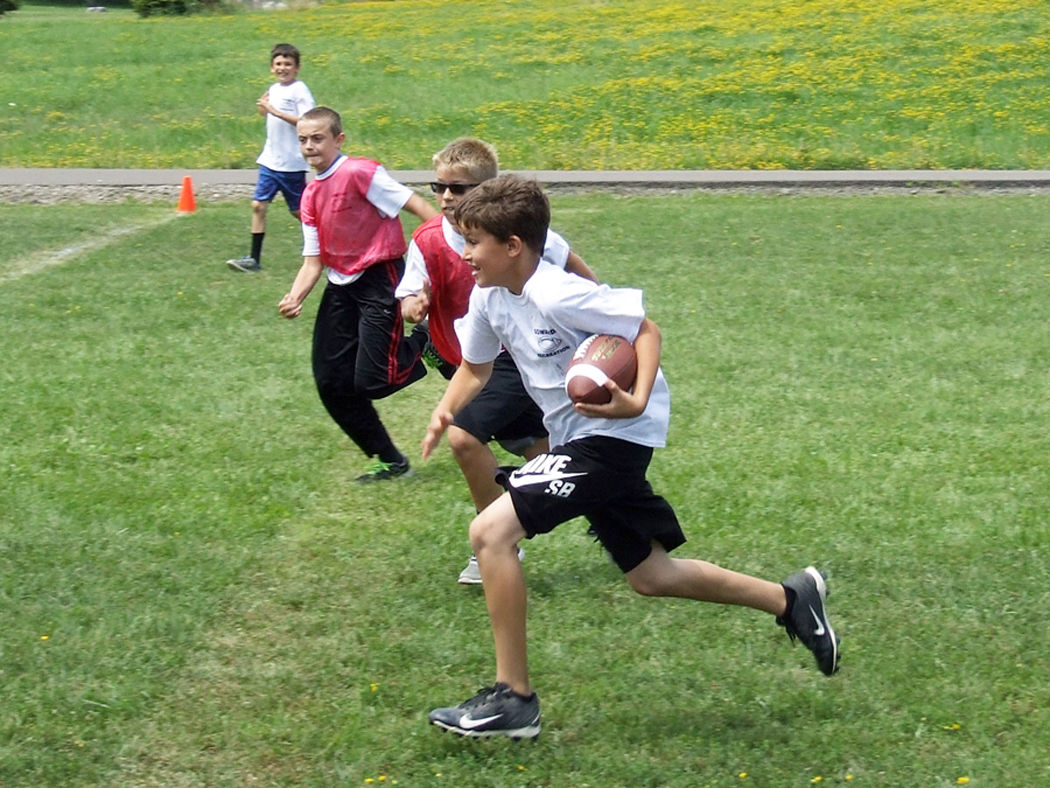 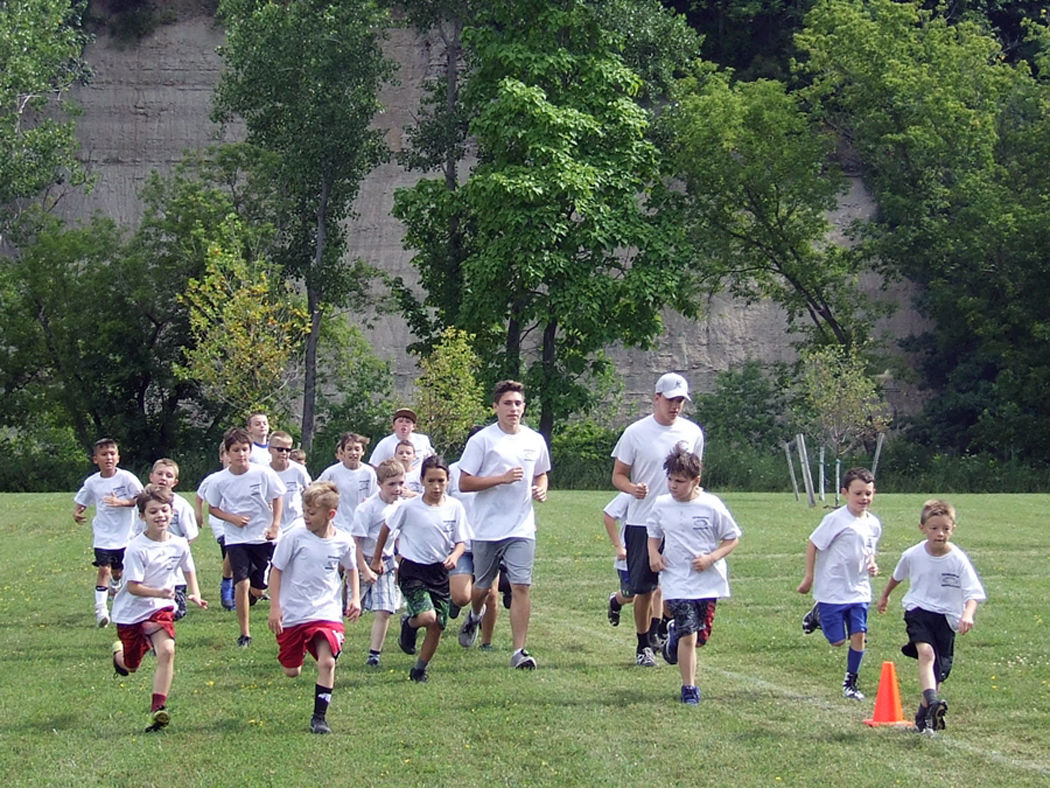 The assistant coaches take a warmup lap with all of the participants to begin the Gowanda youth football camp at Gateway Park on July 29. 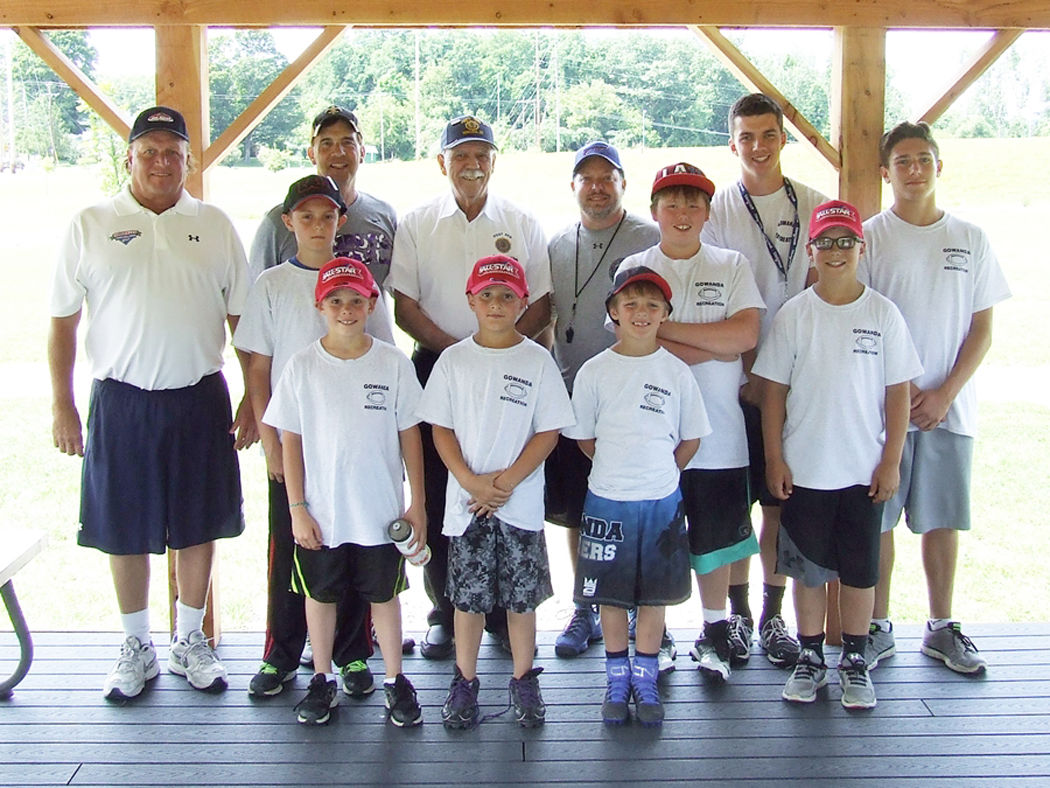 The assistant coaches take a warmup lap with all of the participants to begin the Gowanda youth football camp at Gateway Park on July 29.

GOWANDA — The 2017 football season began locally on Saturday, July 29 as 30 young athletes participated in the inaugural Gowanda youth football clinic. The clinic was sponsored by the Gowanda American Legion Post 409, which made a generous monetary contribution, and the Gowanda Recreation Department.

“The Gowanda American Legion wants to help kids in any way possible and this is a fine event,” said Post 409 commander George Stark during the closing ceremonies.

The clinic was held under a bright blue sky at the village’s new Gateway Park. After a brief warm-up and stretching period, the young athletes were divided into three groups according to age. From there, they rotated through three offensive stations and were taught quarterback, running back and receiver skills through a series of drills.

When the morning session was completed, a complimentary lunch was served.

Following lunch, a “chalk talk” on the theme “Never Give Up” was given by one of the coaches. He told the story of Billy, a boy on his junior varsity football team years ago who never gave up during practice and was later rewarded for his determination.

The afternoon session was devoted to the always popular touch football tournament. Again, teams were selected based on age and two games took place simultaneously on the fields adjacent to the new gazebo.

“These kids are really enjoying themselves,” said Rick Frank, a longtime Jim Kelly Camp instructor brought in to teach the receivers. “What a beautiful facility you have here in Gowanda.”

“I was glad to be part of this activity,” stated Bob Ball, one of the clinic instructors who had a successful career as the head football coach at Fredonia Central School.

Organizers thanked Capozzi Pizzeria and the Gowanda Central School summer program for providing the lunch, and Dave Robbins for supplying the awards.

At the conclusion of the one-day camp, Gowanda Area Redevelopment Committee (GARC) member Mike Hutchinson gave a shout out to both Dan Gernatt Jr. and Cattaraugus County for their continued support that has made Gateway Park to Zoar Valley Gowanda's newest multi-purpose recreational area a reality.

Mother of Floyd's daughter: She wants to know how he died

A few clouds. A stray shower or thunderstorm is possible. Low around 55F. Winds WSW at 10 to 15 mph.

A few clouds. A stray shower or thunderstorm is possible. Low around 55F. Winds WSW at 10 to 15 mph.