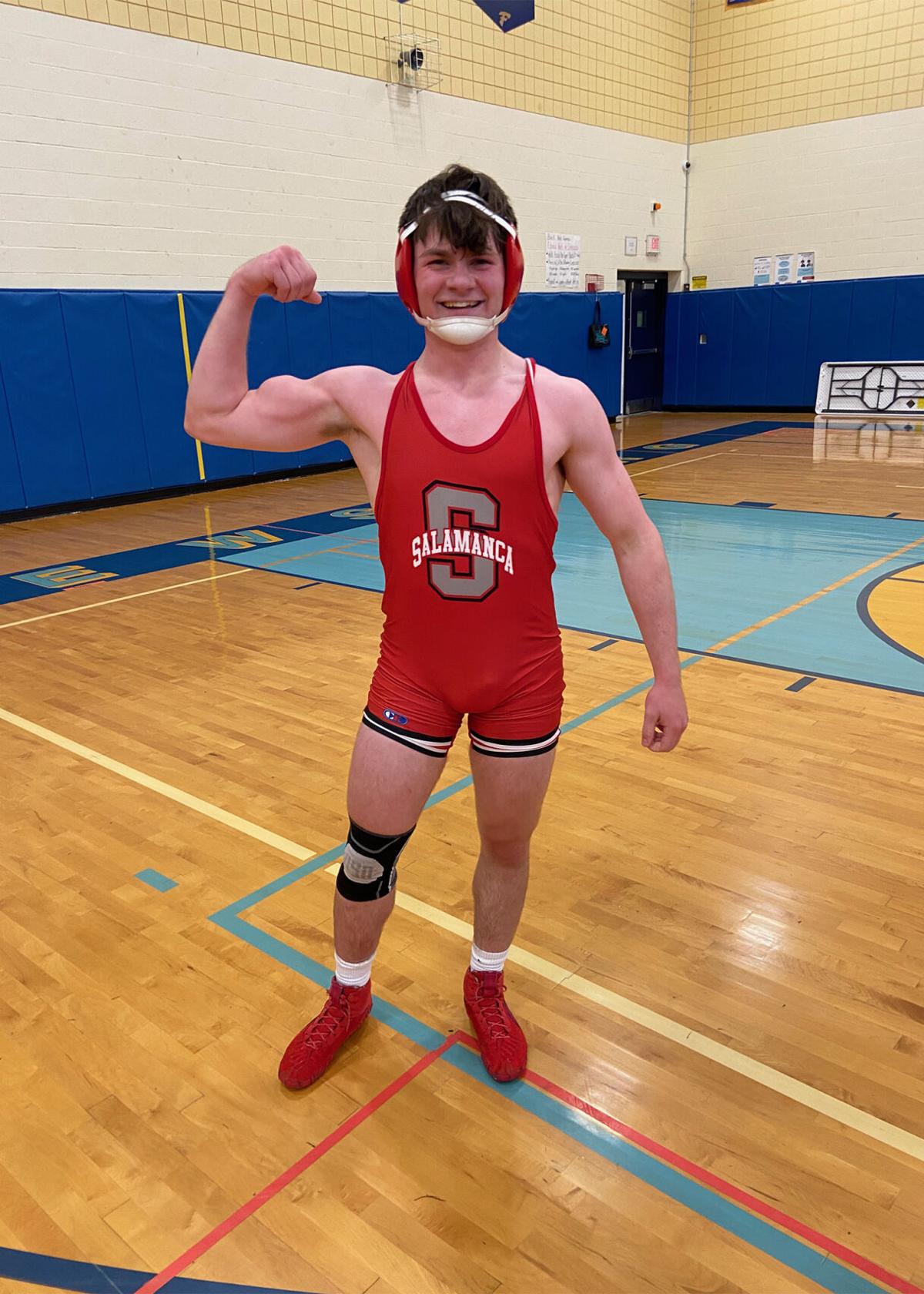 Salamanca senior Trevor Ellis celebrates after his 100th career high school wrestling victory during a round robin tournament in Frewsburg on Saturday. 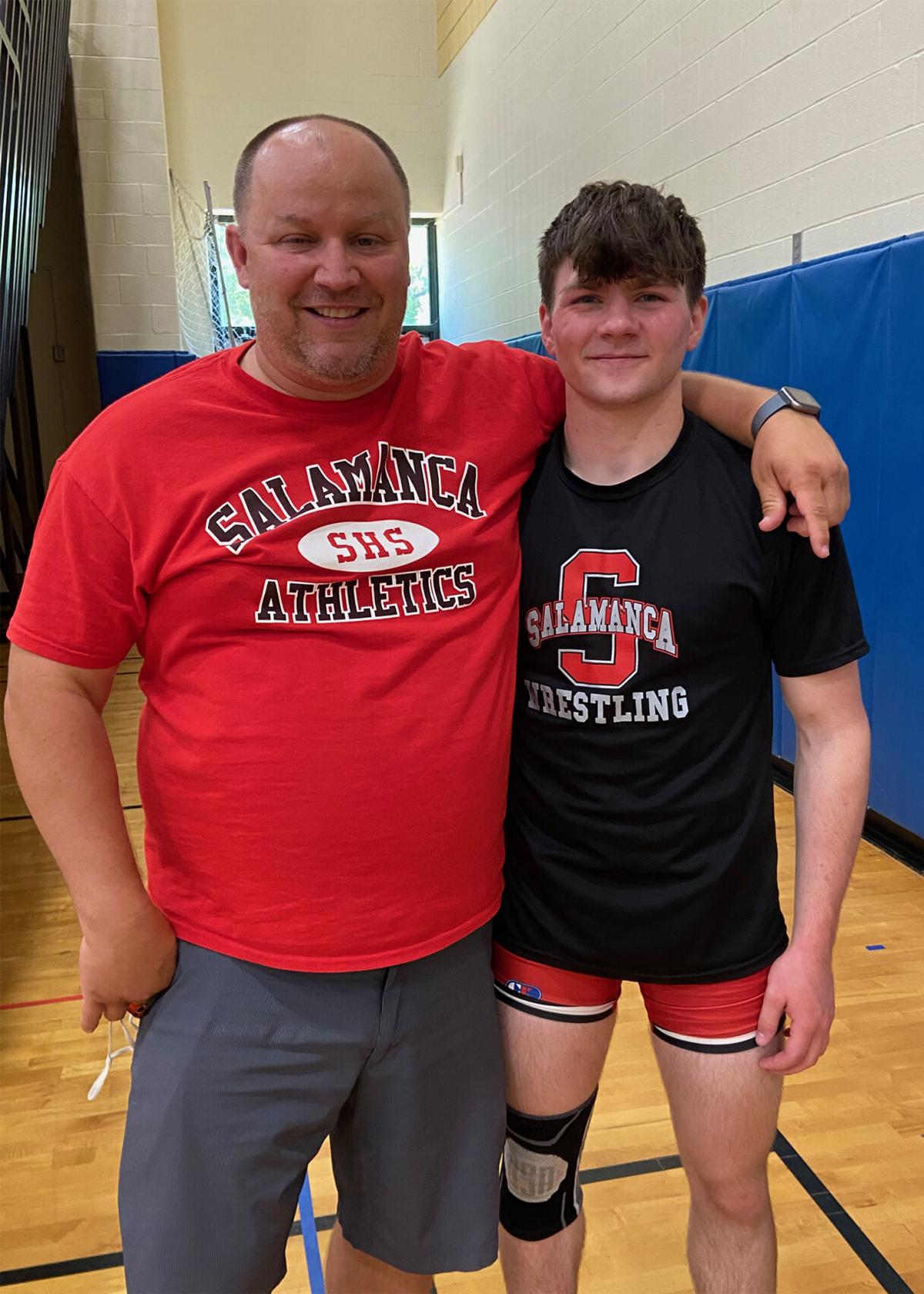 Salamanca senior Trevor Ellis celebrates after his 100th career high school wrestling victory during a round robin tournament in Frewsburg on Saturday.

Not sure if, when or how the high school wrestling season would take place in Western New York this school year, Salamanca coach Keith Jones knew what one of his biggest priorities would be when it did.

Jones wanted to make sure his top senior, 145-pound wrestler Trevor Ellis, got a chance to reach 100 wins. Entering the season with 88 victories, Ellis reached that 100-win plateau Saturday in a round robin tournament featuring Frewsburg and Jamestown, in Frewsburg.

“I think he wrestled really well and he was really happy to get his 100th win,” Jones said. “Trevor's not usually a guy who shows a lot of emotion, so as you can tell by the one picture, he's pretty happy.”

Jones desperately wanted to get Ellis a chance to reach the 100-win mark.

“It was the main thing on my mind,” he said. “Knowing that there's not going to be a state tournament or anything like that, this is kind of the one thing I wanted to make sure we could make happen, especially only being 12 wins away to start the season.”

“He's been wrestling really well,” Jones said. “He wrestled Luke Tomlinson last weekend, he's a state rep from Maple Grove, and they had a really good match up until about the end of the third period. So he looks tough.”

Salamanca is 3-0 in duals this year, sitting in first place in the CCAA Div. II. The Warriors still have league matchups against Portville (Wednesday at 6 p.m. in Portville) and Maple Grove (June 16, 6 p.m. in Salamanca), who are tied in second place at 2-1.

The wrestling season wraps up June 19 with the Section 6 championships. The Section 6 Division 2 Championship is set for 9 a.m. June 19 at Pioneer.