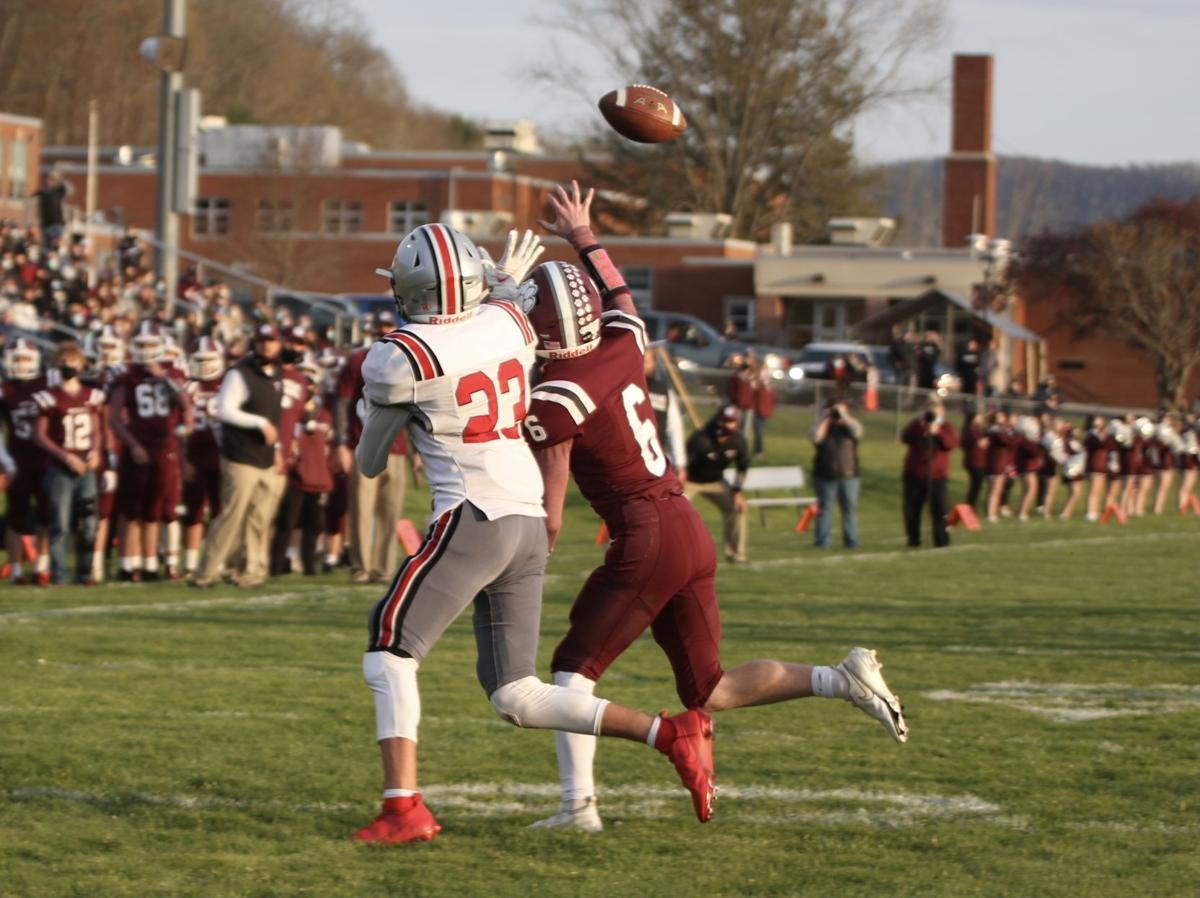 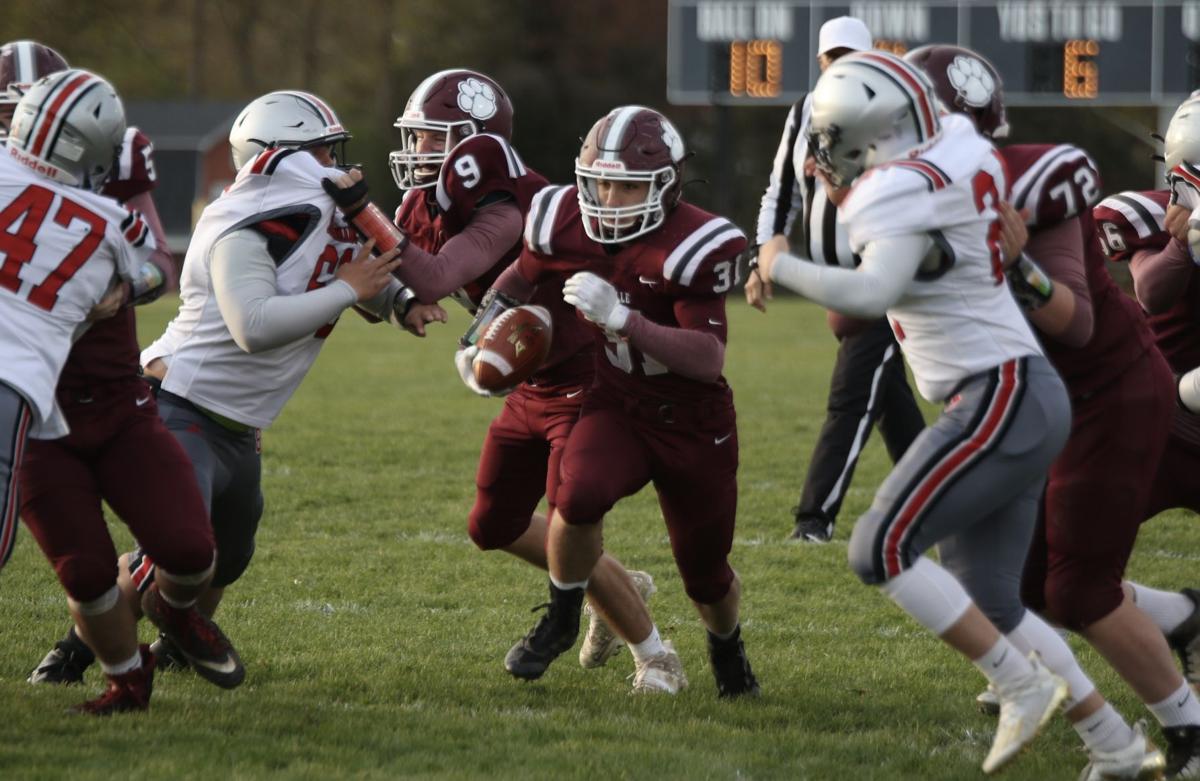 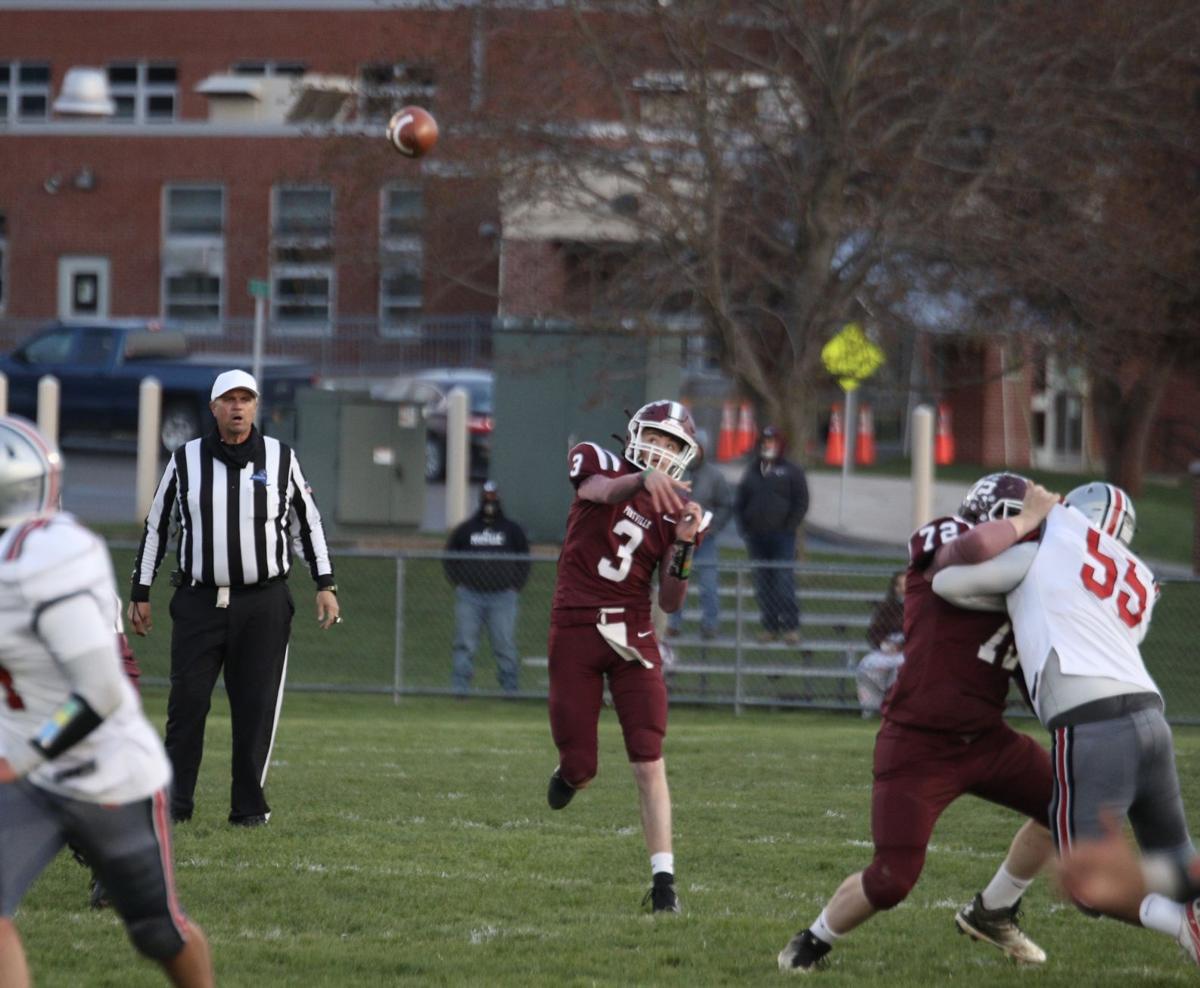 Portville's Hunter Griffin (3) throws the ball deep down the field against Salamanca during Friday's Section 6 Class D game in Portville.

Portville's Hunter Griffin (3) throws the ball deep down the field against Salamanca during Friday's Section 6 Class D game in Portville.

PORTVILLE — Whenever the Portville football team needed a big play, it could count on No. 31 Friday night.

Jayden Lassiter, Portville’s star senior running back, turned in another dominant performance Friday as he led the Panthers to a 54-14 victory over Salamanca in Section 6 Class D play. Lassiter ran for five touchdowns and scored another on defense, a fourth-quarter “pick six” interception return. He finished with 25 carries for 278 yards.

“First of all I have to give a ton of credit to Salamanca and their coaching staff,” Portville coach Josh Brooks said. “Chad (Bartoszek) is a really good coach. They had a plan for us, we knew tonight wasn’t going to be easy and that was kind of the first half I expected. They were doing some stunts up, front trying to get us guessing a little bit and we just made a few adjustments and sprung a couple. And 31 (Lassiter) is a pretty good player for us.”

Portville struck first with a four-play, 65-yard opening drive including a 51-yard pass from wide receiver Joe Long to Blake George off a lateral to Long, then a 2-yard Lassiter run. Salamanca drew within one point, 7-6, on a 41-yard pass from Lucas McKenna to Lucus Brown in the second quarter. But on Portville’s next play from scrimmage, Lassiter took a 68-yard run to the end zone for a 13-6 lead before halftime.

Lassiter had two more breakaway runs, of 50 and 44-yard distances, to score in the third quarter.

“He still plays with a chip on his shoulder,” Brooks said of Lassiter, “and his offensive line, he puts up really really good numbers the past two years and we don’t get any credit from Buffalo or Connolly Cup or anything like that. So they just use it as motivation and it’s great to see. Jayden’s the first kid that will give credit to his offensive line. He had a big night and he hasn’t played in the fourth quarter the last three games because we’ve been up. So he got one possession this game and he took advantage of it.”

Salamanca fell to 2-2. The final score was a bit closer than the last time the Warriors visited Portville (a 52-0 loss in September 2019), but this setback reminded Salamanca of the distance it still has to go to become a “great” team, as Bartoszek hopes to build.

“They just keep coming,” Bartoszek said of Portville. “I know the St. Mary’s coach (Matt Ard) told me the same thing, he said, ‘They just keep coming.’ We are — I’ll say it again — we’re a good team. That’s a great team. We’re striving to get there. We’re not here for moral victories at all. I was proud of our effort but the way it got out of hand, I feel we could have tightened up a bit. I just told the kids, it’s as much on me as it is on anybody else, just letting that get away. It was a battle, we just let it get a little out of hand.”

“It’s not only the speed, which was crazy,” Bartoszek said. “He’s tough, there’s not a ton of places to tackle him, he’s low to the ground. A couple of his big runs, we made good angle tackles on him, he was just able to slide off. They’ve got a great system and they know how to use him. If you’re going to beat that team, you’re going to need to play sound football for four quarters. Obviously we didn’t do that. We put together a couple good, above average quarters and we were able to hang. It’s not enough for one side of the ball, you can’t beat them with just defense. You’ve got to be able to put drives together offensively, control the clock, things like that and we weren’t able to do that. We had a big play here or there but it wasn’t enough.”

Salamanca closes out its regular season at home against Randolph on Friday, April 30. The Warriors (1-2 in league) and Cardinals (1-1) are in contention for the final two playoff spots in Class D, along with Cattaraugus-Little Valley (1-2).