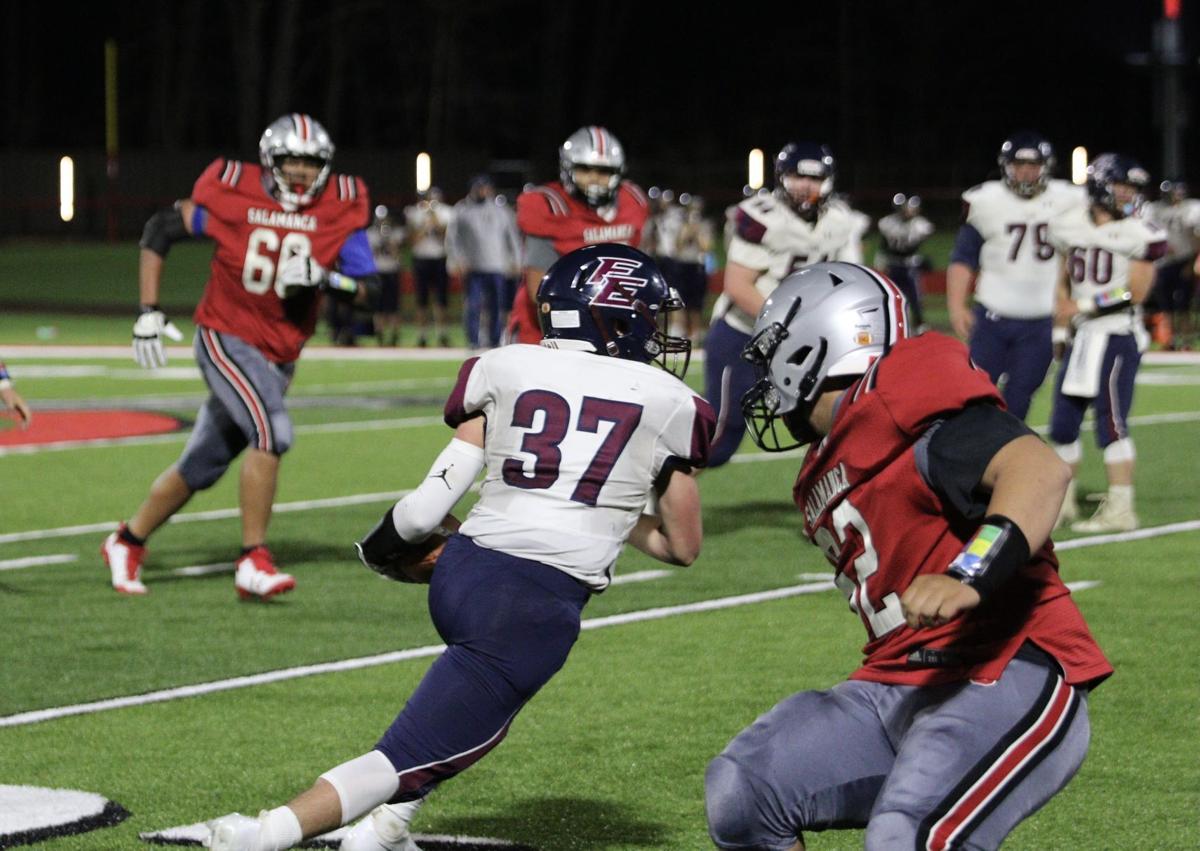 Franklinville/Ellicottville’s Logan Grinols (37) makes a cut inside after making the catch against Salamanca during Friday's Section 6 Class D game at Salamanca. 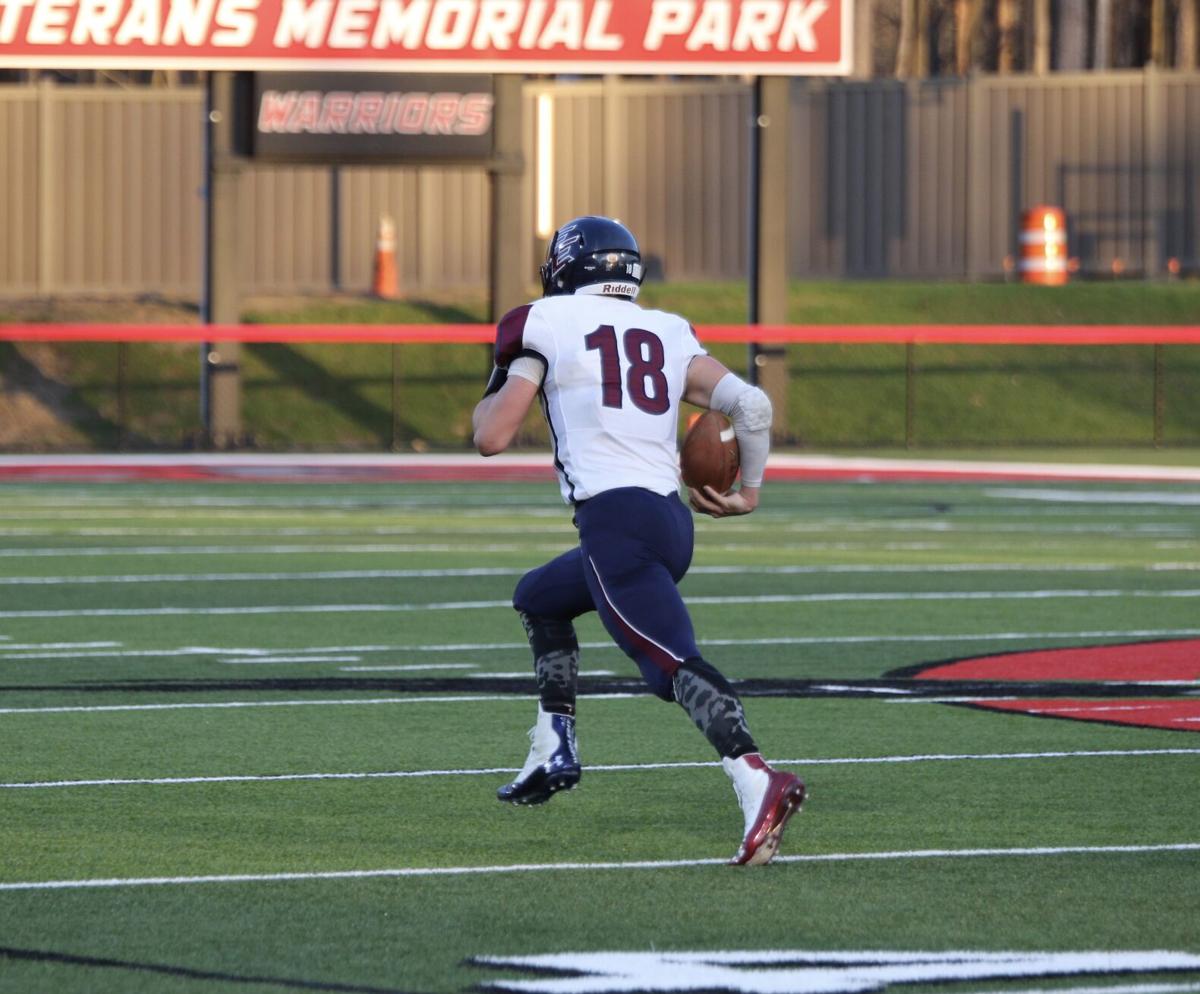 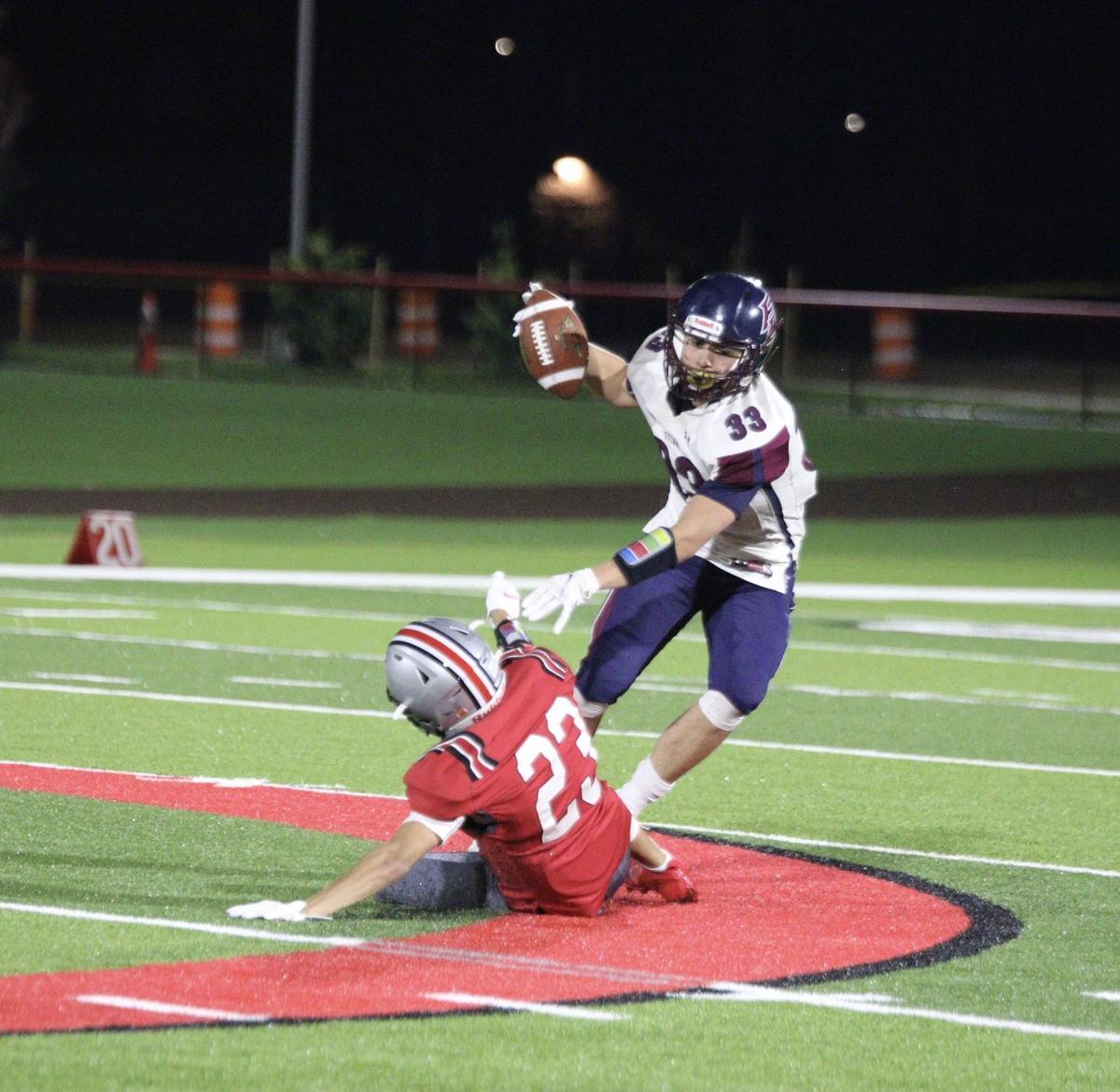 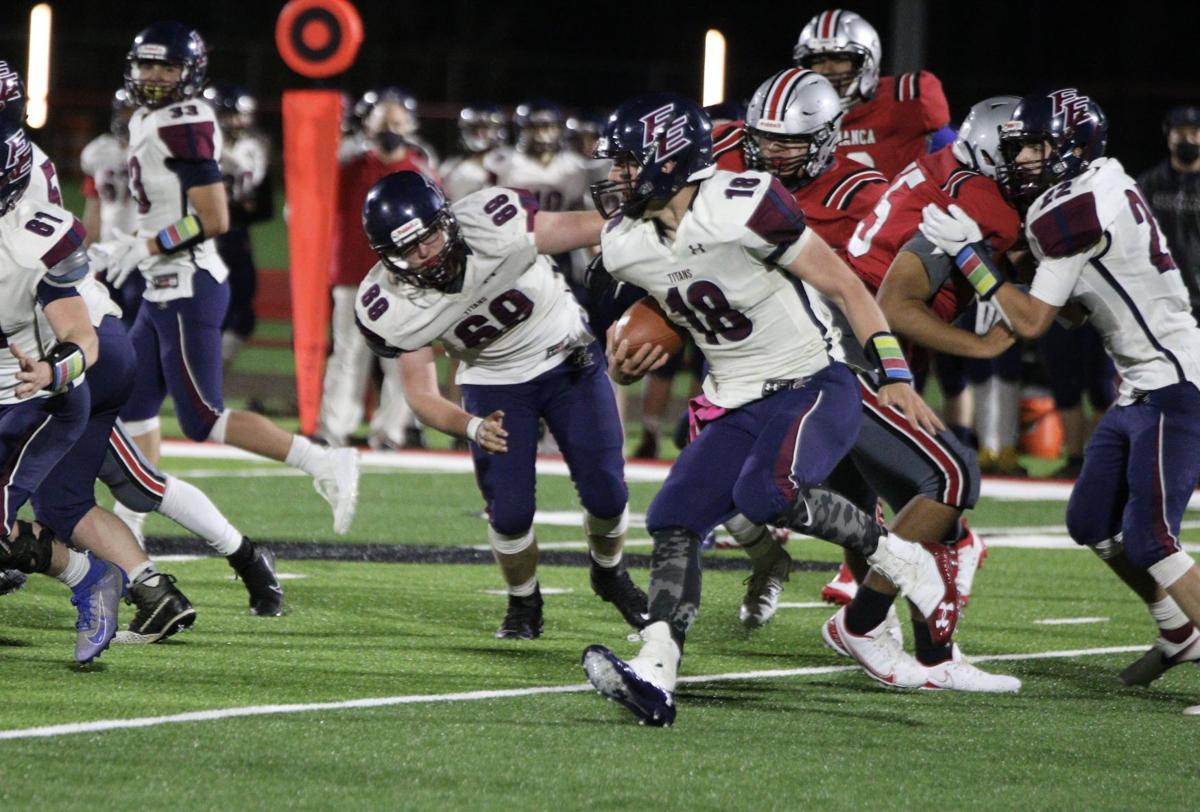 Franklinville/Ellicottville’s Logan Frank (18) looks for an open hole while running with the football in a Section 6 Class D game on Friday at Salamanca.

Franklinville/Ellicottville’s Logan Grinols (37) makes a cut inside after making the catch against Salamanca during Friday's Section 6 Class D game at Salamanca.

Franklinville/Ellicottville’s Logan Frank (18) looks for an open hole while running with the football in a Section 6 Class D game on Friday at Salamanca.

SALAMANCA — A week ago, the Franklinville/Ellicottville football team managed a single touchdown in a season-opening loss to Akron.

On Friday, with its starting signal-caller back under center, one touchdown was enough.

Logan Frank ran for a 63-yard touchdown in the first quarter and the points held up as F/E blanked Salamanca, 7-0, in an anticipated Section 6 Class D showdown at the new Vets Park.

Frank, the reigning 30 Player of the Year, finished with 48 yards and 52 rushing (though F/E totaled just 41 as a team with negative yardage) in his first action of the season. And though his presence was undoubtedly critical, it was the Titans’ defensive effort that made for its first win of the year.

In a classic defensive struggle, F/E surrendered nearly twice as many plays (66 to 28), but allowed just 152 total yards and kept the Warriors, who’d eclipsed 50 points in a 52-6 season-opening win over Maple Grove, off the scoreboard entirely. The outcome marred an equally impressive effort by Salamanca, which gave up only 89 total yards and was just as stingy outside of allowing the first-quarter scamper from Frank.

“Both defensive groups just played their hearts out,” said second-year Salamanca coach Chad Bartoszek, who had previously coached the Titans for six years. “It was a battle, it was tough, it was physical, both groups were really bringing it.

“Offensively, we have an identity as a power run team. We tried to capitalize on our size and they just did a really good job of bending but not really letting us break free. We were able to move the ball a little bit; we were never able to punch it in.

To the point of Bartoszek, now 0-3 against his former team (including a 2019 playoff game), Jessie Stahlman followed up his 160-yard, four-touchdown effort, with 144 yards on 30 carries and Lucas McKenna completed 5-of-9 passes for the Warriors. Salamanca dominated time of possession, but was unable to find the end zone.

He added, “It was a good night over here … we’re just not happy in terms of being close (without winning). It was an opportunity to get a win and go to 2-0 (and we came up short).”

UA spring football rewind, Part 2: Where are the Wildcats most vulnerable on defense?