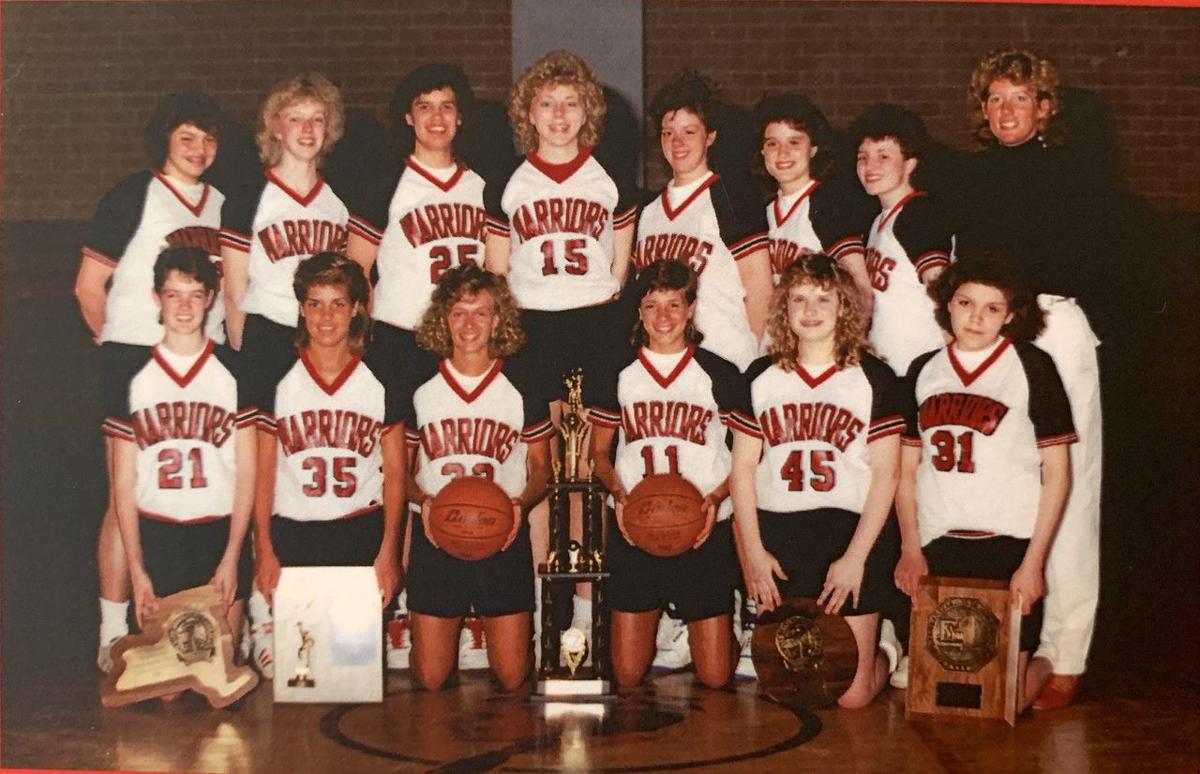 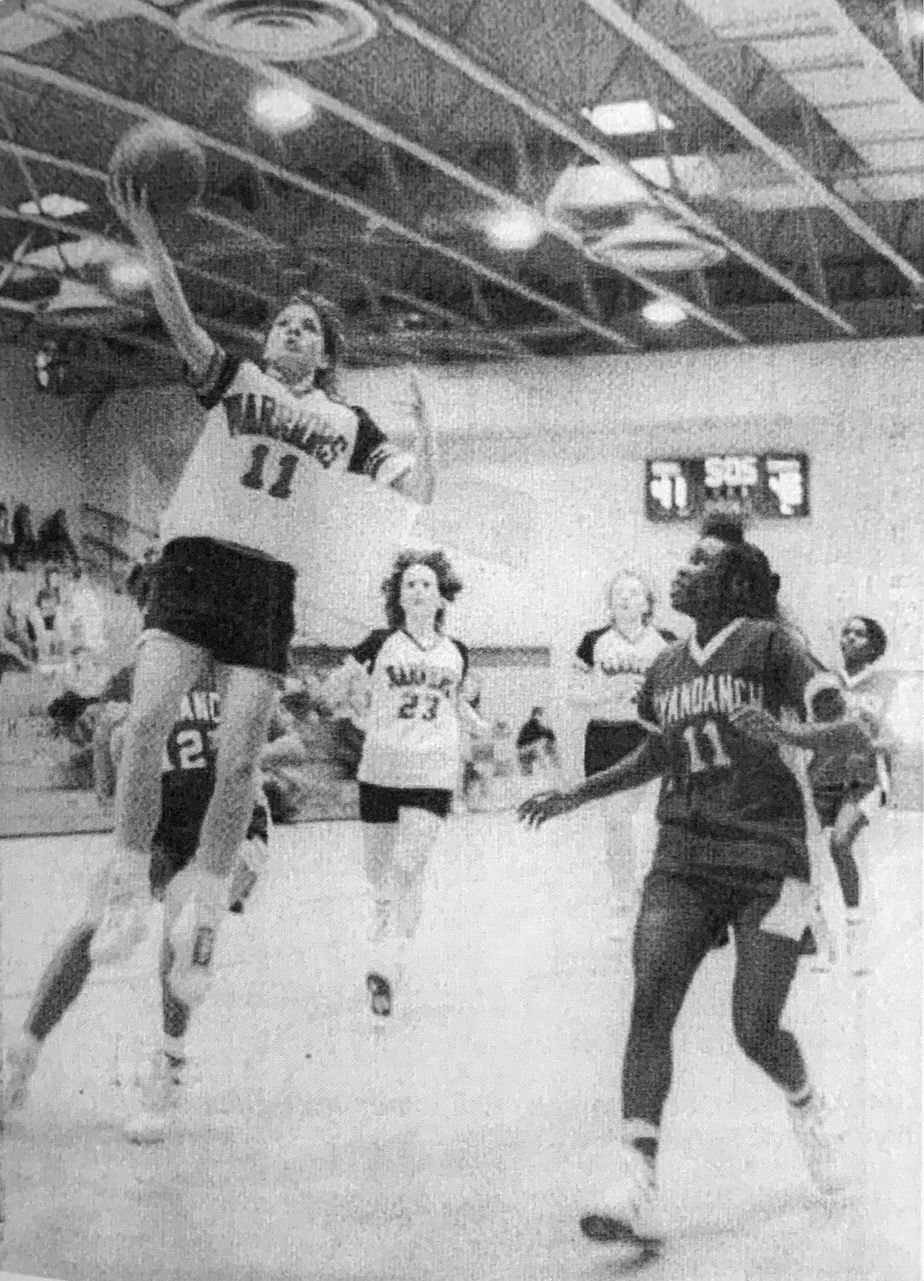 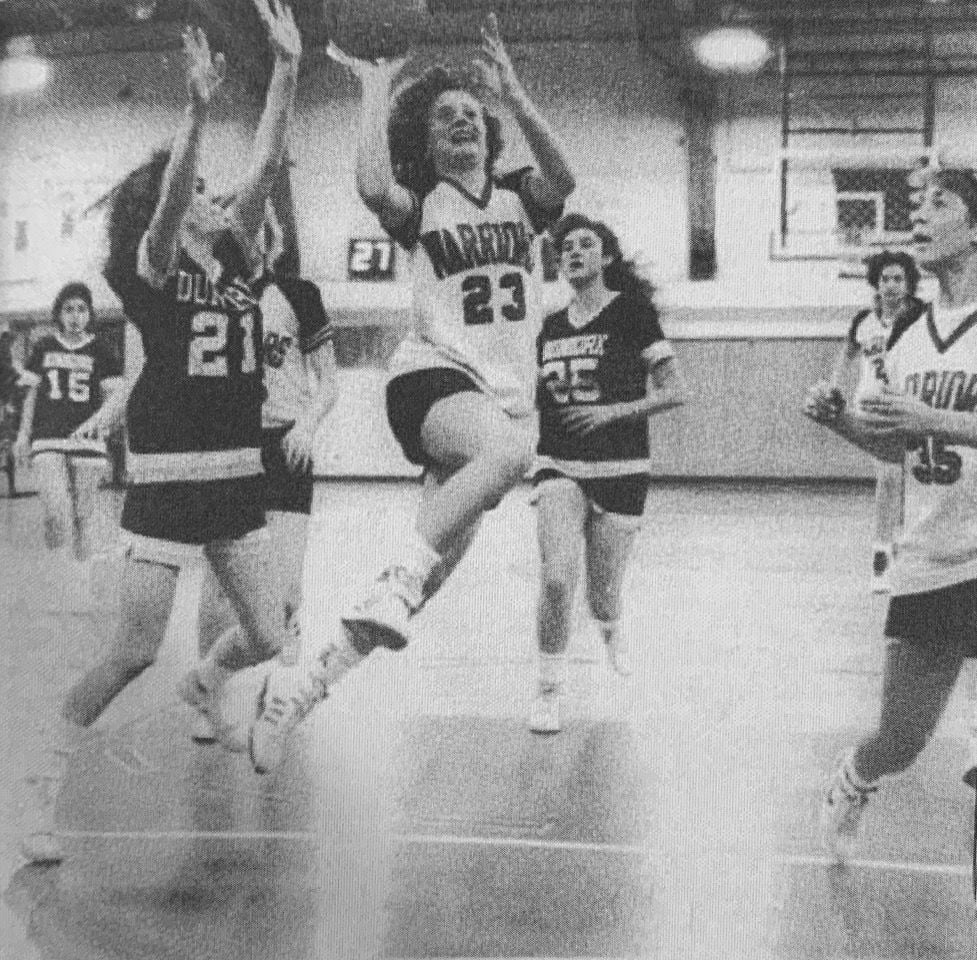 Salamanca’s Gina Muzi (23) drives to the basket during a 1987-88 regular season girls basketball game against Dunkirk.

Salamanca’s Gina Muzi (23) drives to the basket during a 1987-88 regular season girls basketball game against Dunkirk.

(Editor’s note: This is the next in a series in which the Times Herald and Bradford Era will be presenting the best season/team accomplishment for every school in the Big 30. The staffs at both papers made a singular selection for each school in conjunction with current and former coaches and athletic directors. Today: Salamanca.)

In 1987-88, the Warriors claimed the Big 30’s first girls basketball state title. Then they grabbed the first (and to this date, only) federation championship in either Big 30 boys or girls basketball history, defeating a Brooklyn Catholic school to cap the season.

Salamanca boasts an impressive athletic history, with multiple state champion wrestlers, state champion teams in softball and girls volleyball and several undefeated football teams. But the Warriors’ 1987-88 girls basketball team ranks among the most accomplished groups in Big 30 history for any sport.

This historic season didn’t start with the same dazzling success it ended with, however. The Warriors went 14-4 in the regular season, including two losses to Fredonia and one each to Allegany and Portville.

“I don’t think we even won the league, because we lost to Fredonia twice,” said retired Salamanca coach Colleen Wiedman (then O’Neil). “But playing in that tougher league helped us. And then once we got to the playoffs … every game they just got a little more confident. And that was it. They just felt that they were indestructible.”

While Kathy Carroll (now Beals) went on to a Division I college career at Kent State in the Mid-American Conference, as just a sophomore, she wasn’t yet the unquestioned star of this team.

“Kathy wasn’t the star on that team, she really wasn’t,” Wiedman said. “Just as the season went on she had gotten better. And she just kind of broke out when we got there (to the state tournament). But Kathy was by no means the star of that team. Even the first kid off the bench, all six of those kids, they were all just as important as Kathy.”

Speed made the Lady Warriors a tough matchup for the bigger teams Salamanca faced in the postseason, Wiedman said.

“It was more of a guard-oriented team: just a bunch of short, scrappy kids and Karen Hoffmann in the middle who was about 5-foot-10,” Wiedman said. “She did a wonderful job and then those short scrappy little (guards) Sherri Ervin and Kathy Carroll, those other kids just, they didn’t lose. They didn’t know the meaning (of) lose. Just very confident scrappy little kids. And it was just a team that got along really well. It was just a fun, nice group of kids.”

In the postseason, Salamanca knocked off two-time defending Section 6 Class C champion Randolph, winning 56-49 in the sectional final. The Warriors earned a trip to the state final four in Queensbury by beating Naples, 56-46, in the regional round.

“One of the toughest ones was when we played Randolph … because they had been there the year before and I know they thought they would be going back again,” Wiedman said. “And that’s the game that Lynn Carroll got hurt in, but she came back and played in the second half, and then the Far West Regional game, we played a much bigger team.

“But the problem with the much bigger teams is they’re much slower. And we had a lot of speed. Then the first game of the state tournament was a much bigger team. But I’ll tell you right now, I’d rather have a good point guard than a dominant big kid … at least at the girls level, I don’t know about the boys level.”

At states, Salamanca claimed another tight victory, 48-42, over Canton in the semifinal, setting up a showdown with undefeated Wyandanch, the defending state champions from Long Island, in the Class C final.

Salamanca held on for a 53-50 victory over Wyandanch, however, led by the state tournament MVP Kathy Carroll, who poured in 26 points.

“Until you’ve been there, you have no idea what it’s like,” Wiedman said. “I think going in we had nothing to lose; once we won the sectionals, we were content. But once you get out of the section, everybody is the same. We play Wyandanch 10 times, we’d maybe be 5-5. And then once you get there, you want to keep going back.”

But after the euphoria subsided, Salamanca still had one game remaining, the Class C Federation championship against St. Saviour, a private school from Brooklyn. But a week later, after the long bus ride to Long Island, Salamanca wrote itself a perfect ending with a 68-57 victory.

Carroll Beals, who now resides in Columbus, Ohio, where her husband coaches baseball at Ohio State, earned induction to the Big 30 Basketball Hall of Fame in 2018. Speaking with the Salamanca Press at the reception, she said the team’s pride in its state championship grew as years passed by.

“I think we’re super proud of the accomplishment and we all know, especially now that we’re older, what a huge accomplishment it was to win states and how hard it is to do,” Beals said. “I remember when I was in college, there was a class that I was in that was a sporting class. The professor asked everybody if you’ve won a state championship to stand up, and I think there were like 200 or 300 people in the seminar that I was in and it was like five or six people (who stood up). It just gave me more perspective of how awesome that accomplishment is and how rare it is.”

“I think when the book came out (in 2017), it really brought back more of the memories,” Beals said in 2018. “I was going back and looking at articles and Colleen and I were talking about some of the articles. Some of the amazing rivalries we had in the area with Randolph and Olean and Allegany, we reminisce about that.”

Wiedman stayed on as girls basketball coach until 2002-03, and had just one losing season in nearly two full decades. Salamanca lost in the sectional final the following year, but the program remained a consistent winner.

“It was successful,” Wiedman said. “Kathy just continued to blossom. But Gina Muzi moved away (to Virginia), which really, really hurt …

As a young coach in those early years, Wiedman enjoyed a connection with her players. She carries fond memories of that team more than 30 years later.

“What a fun group of kids they were. They worked so hard,” Wiedman said of her lasting memories of the 87-88 season. “They were just such a joy, whether we won the whole thing or not, they were just a joy and a privilege to coach. The parents were wonderful and supportive, right down to the last kid on the bench. Everybody was just very supportive and they were supportive of each other and it’s kind of the way you wish sports were nowadays. And it’s not, it’s not like that anymore, where everybody is cheering for everybody else and wishing everybody else well and not blaming everybody else.

“They would think nothing of practicing on a Sunday night. Kathy Carroll went on to be something at Kent State, Sherri Ervin was a doctor and Lynn Carroll was a doctor. Just a smart group of kids. All of them were successful in whatever they did.”