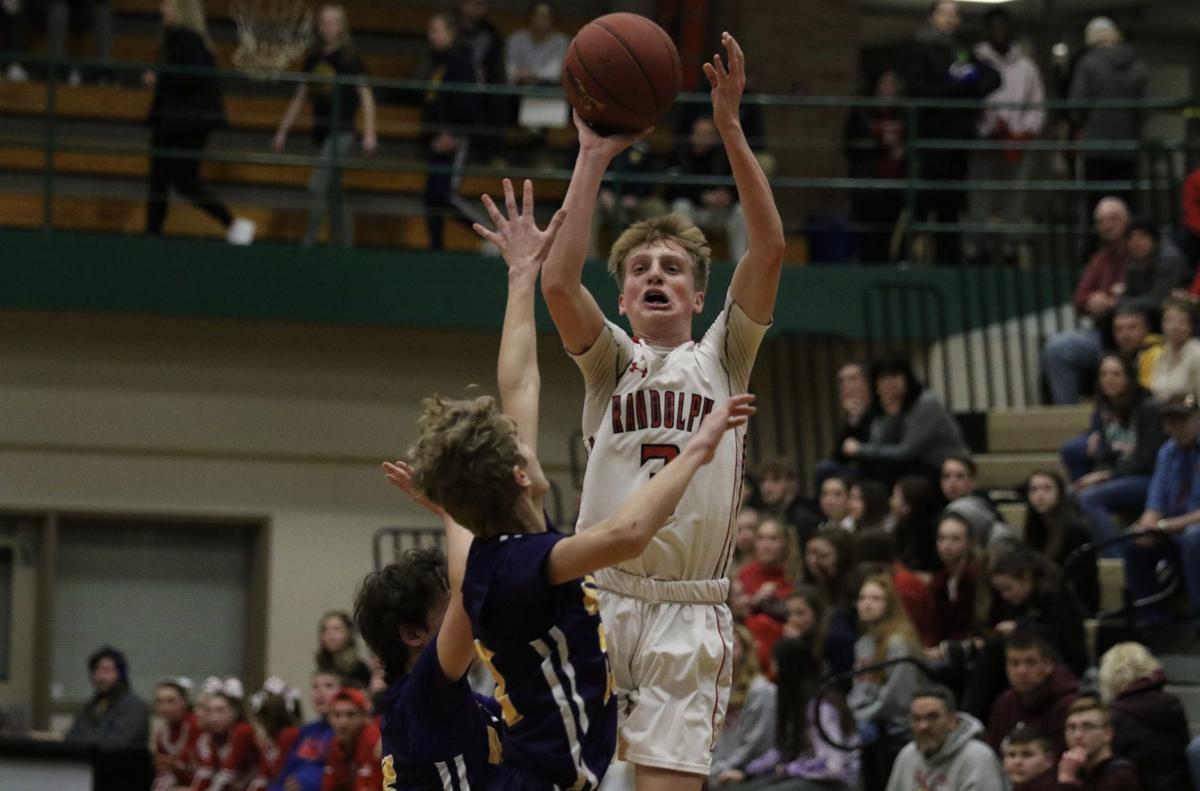 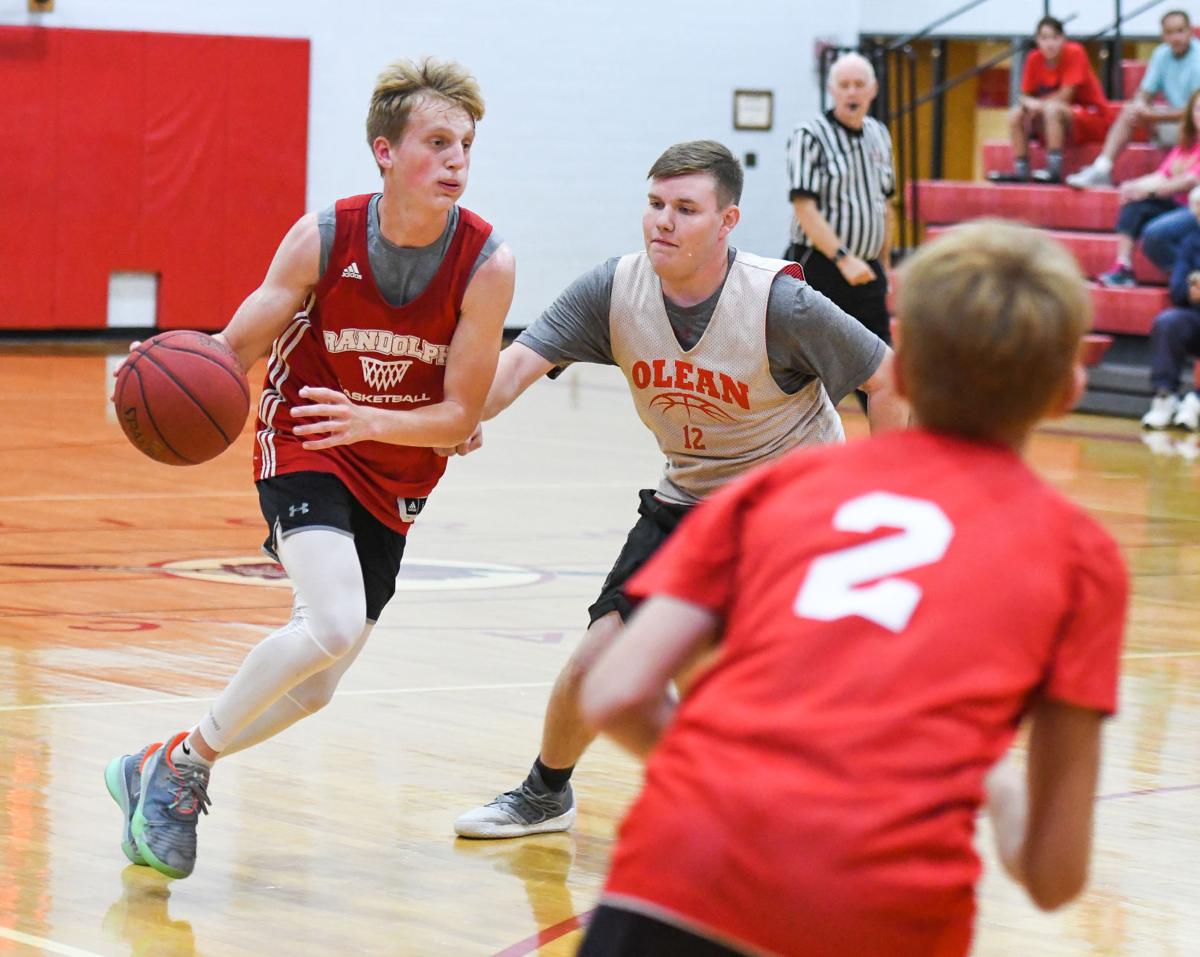 Kevin Hind has timed how to get to tipoff at Daemen College less than 80 minutes after his Randolph Cardinals wrap up practice during the winter.

Hind, a 300-game winner in 20 years at Randolph, of course still has one more season to coach his son, Tyler, a star guard and senior-to-be. But in a year, he’ll have to drive to Buffalo to see Tyler’s home games at Daemen. On Monday night, Tyler announced on Twitter he is “fully committed to Daemen College,” where he will play on a full scholarship under coach Mike MacDonald.

“We had practice last year, we got done at 5:42, jumped in the car and we made tipoff at 7 o’clock,” Kevin Hind said. “So I can manipulate my schedule enough to probably see 90 percent of the home games and try to get on the road on the weekends. So it’ll be a great opportunity, great experience. We’re looking forward to it.”

MacDonald aggressively pursued the Randolph sharpshooter, who now ranks second in Western New York basketball history with 294 3-pointers, to join his Division II Wildcats who have gone 105-43 in his five seasons as coach.

“Coach Mac, I went to a practice and a lot of people have said so many nice things about him,” Tyler Hind said Thursday after Randolph won the Cattaraugus County Boys Basketball Summer League championship. “He invited me out and he had been talking to some people about me and he invited me out to a practice and I got there and all the kids came over and shook my hand. It was just very welcoming, so I don’t know, it just seemed like the right environment. It’s a small school and I’m from a small town, so it’s kind of like home. It seemed like a good fit.”

“It’s a huge weight off your shoulders,” he said. “I feel like everyone who is really into basketball and stuff is always looking for that in high school, every serious basketball player is looking for that offer or that coach to come calling and telling them that they want them to come to their school and offer them a scholarship. That’s what I’ve worked for for 18 years. It’s just a huge relief off my shoulders knowing that after this, I know what I’m doing and I know where I’m going.”

Hind has tried to bulk up this summer, which first should help with football season, as he’s set to play quarterback again for Randolph. But a stronger body should also help him lead the Cardinals’ basketball team and eventually transition to the college game.

“I’m definitely trying to get stronger,” he said. “I’ve put on some weight and my quickness and obviously shooting and everything, but mostly just my physicality and getting stronger and bigger.

Hind will need 50 3-pointers as a senior to pass the WNY record holder, Joe Licata, who made 343 at Williamsville South before going on to play quarterback for the University at Buffalo football team. Last season, after averaging 24.4 points per game with 6.7 assists, 2.6 steals and 5.7 rebounds, he made the All-Western New York second team and All-State first team in Class C.

He’s already won two Section 6 championships, but the Cardinals haven’t been able to reach the Far West Regionals after capturing the C-2 title in 2017 and 2019.

“My dad went to the state championship game in ‘03-’04 and he’s been dying to go back,” Tyler Hind said. “Ever since I was alive during that time and I was like the ball boy and just watching that, I wanted to go my whole life and get that experience. We’ve been so close. That’s been my main goal to try to get to that state championship tournament.”

MacDonald, a St. Bonaventure graduate, has coached in Buffalo for 30 years, since joining the Canisius staff in 1988-89. Becoming Canisius’ head coach in 1997-98, MacDonald has made the NCAA Tournament five different times: as a Canisius assistant in 1996, as Division III Medaille’s head coach in 2009, ‘10 and ‘12 and last season at Daemen.

“It just meant the world to us,” Kevin Hind said of MacDonald’s scholarship offer. “As far as basketball in our area goes, really other than St. Bonaventure, if you start looking at Buffalo basketball — and UB last year — Daemen was in the NCAA Tournament, they have really good players and a great program and a Division I coach. He’s taken three different Division I, Division II and Division III teams to the NCAA Tournament. To have him coming after Ty pretty aggressively with an offer we couldn’t refuse just meant the world to us.”

Boise State seniors will get unique Senior Day...and maybe another one in 2021

SALAMANCA — On one side, the Randolph Cardinals looked nearly identical to their Section 6 b…