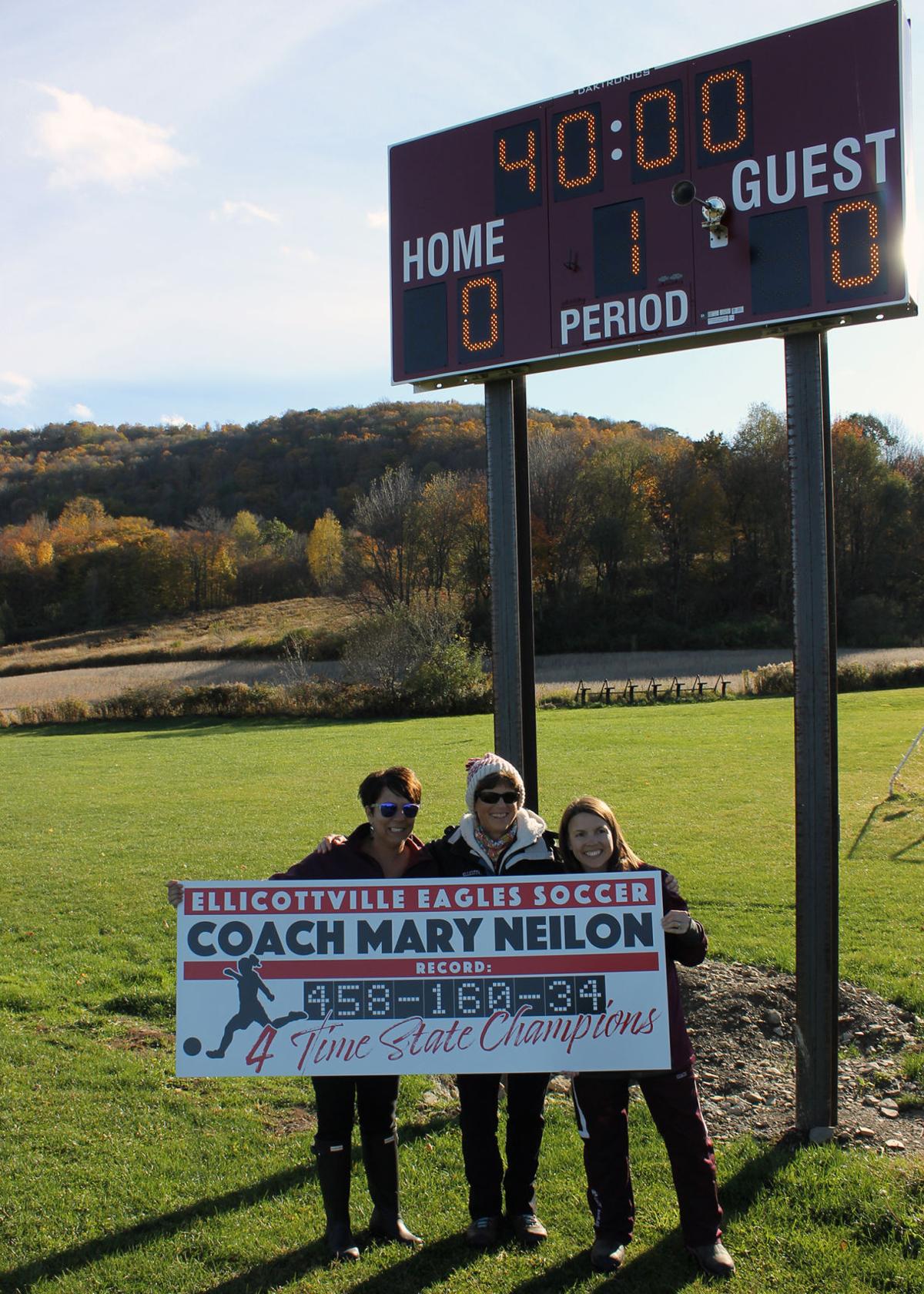 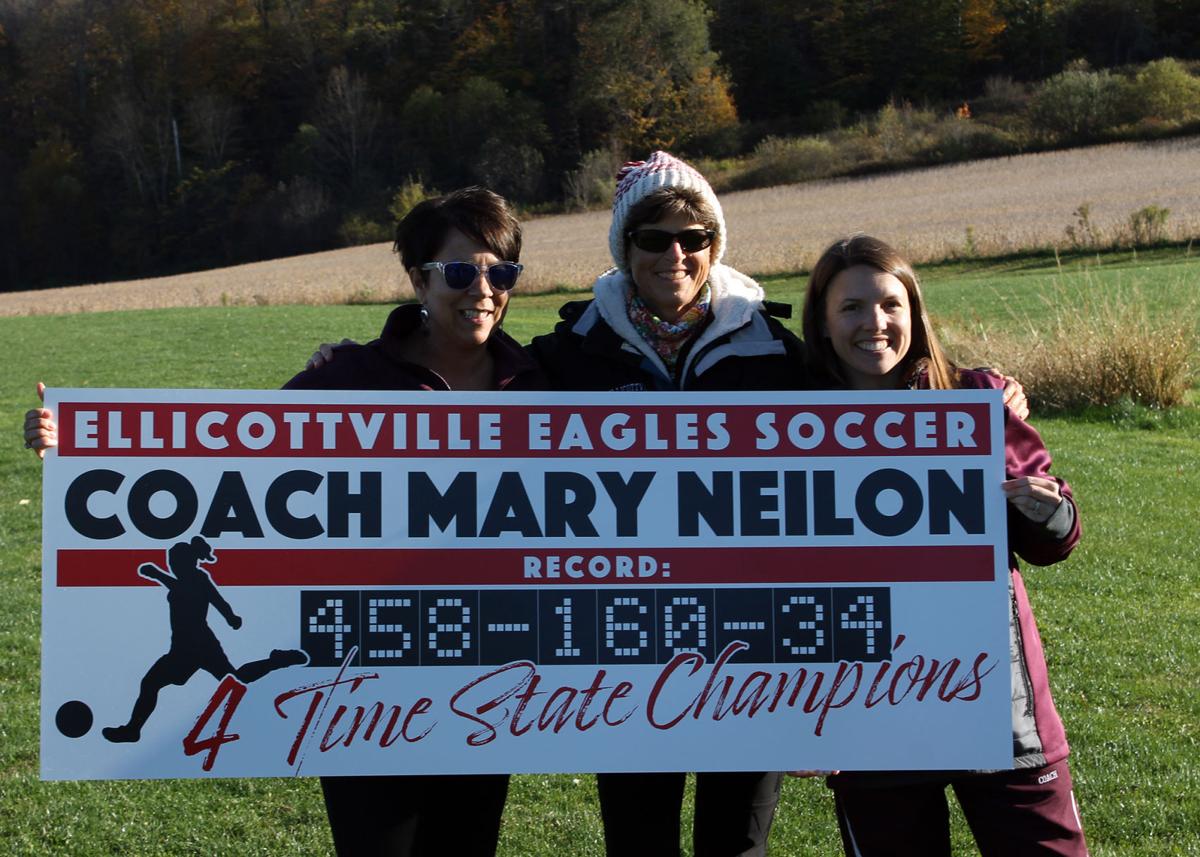 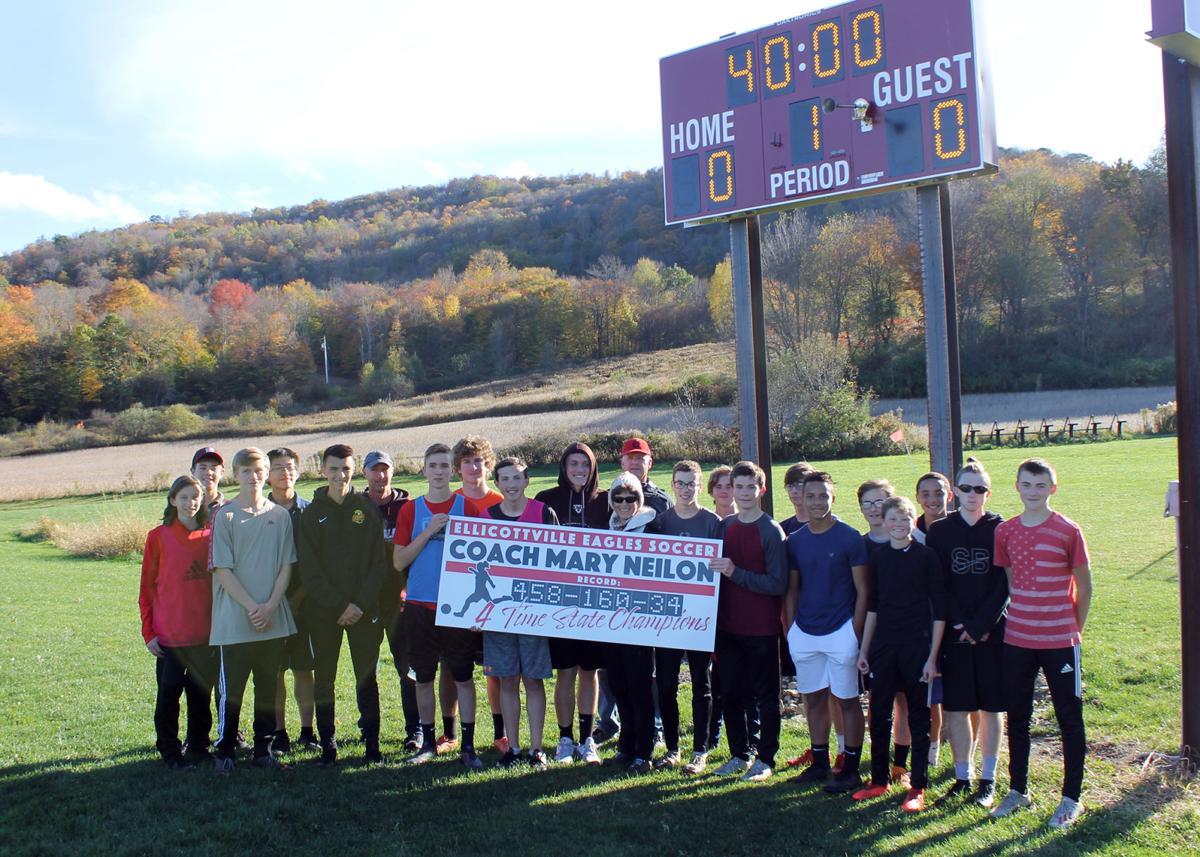 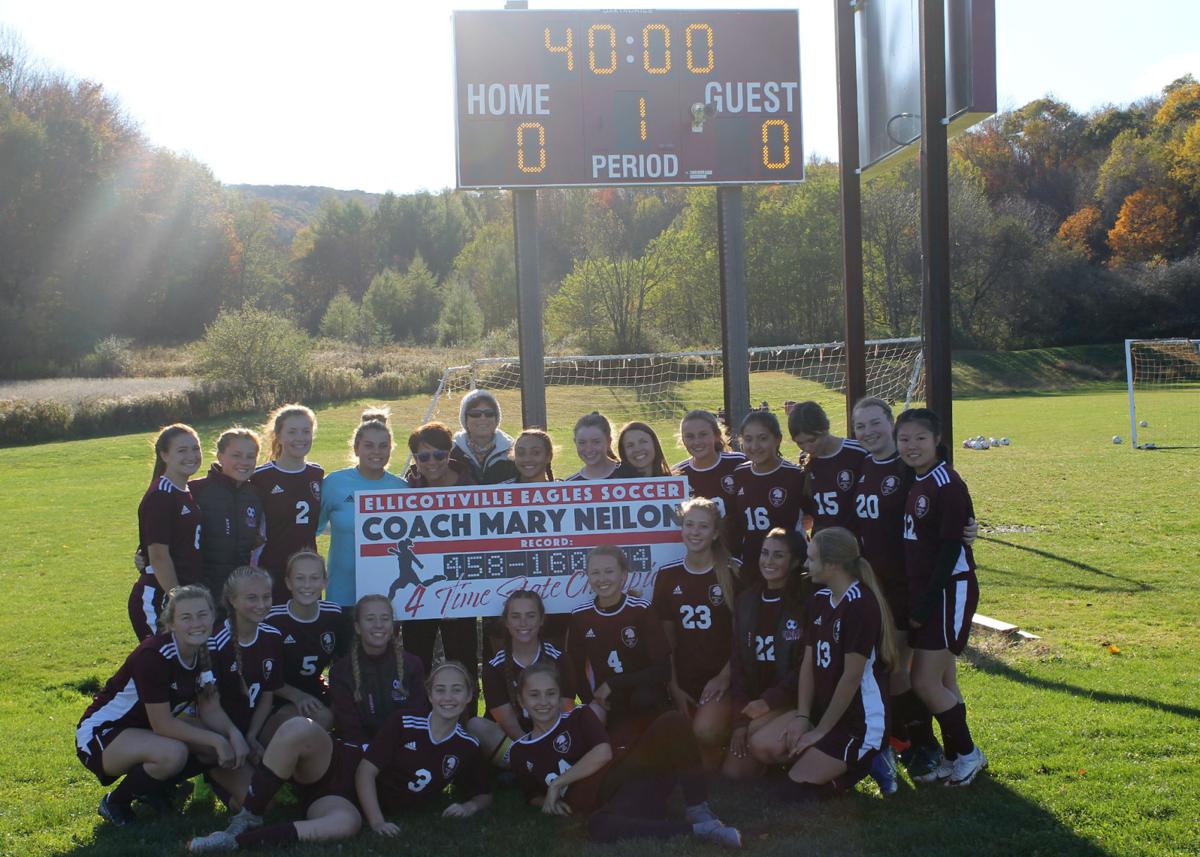 ELLICOTTVILLE — Mary Neilon decided to step away from the soccer field this year. Now, her name will appear above the field where her teams played for 35 years.

In a pregame ceremony before the Ellicottville girls soccer team played Springville on Friday, the school named its new soccer scoreboard in honor of Neilon. Along with new head coach Tammy Eddy and assistant coach Katie Taylor, Neilon held up a sign saying “Ellicottville Eagles Soccer,” with her name, and recognizing her record (458-160-34) and four state champions.

Neilon retired in the summer after 35 years of coaching (34 at the varsity level) and teaching at the school.

"It's humbling, very humbling," Neilon said. "I can't even put it into words. It's an honor, for sure."

The scoreboard, paid for by the Ellicottville Sports Boosters, went up during the season, but will now include the Neilon sign underneath it. Ellicottville’s boosters also put up similar scoreboards for baseball and softball in recent years before the Spring 2018 seasons.

Beating Springville 2-0, Ellicottville finished the regular season 10-3-3. Neilon has enjoyed following the team as a fan this year.

"I've been to a handful of games, so it's been good," she said. "It's nice to see how the players have developed and the coaches and how they all get along.

"They are definitely in good hands. I keep saying, 'How lucky are we?' I'm just so fortunate and grateful."