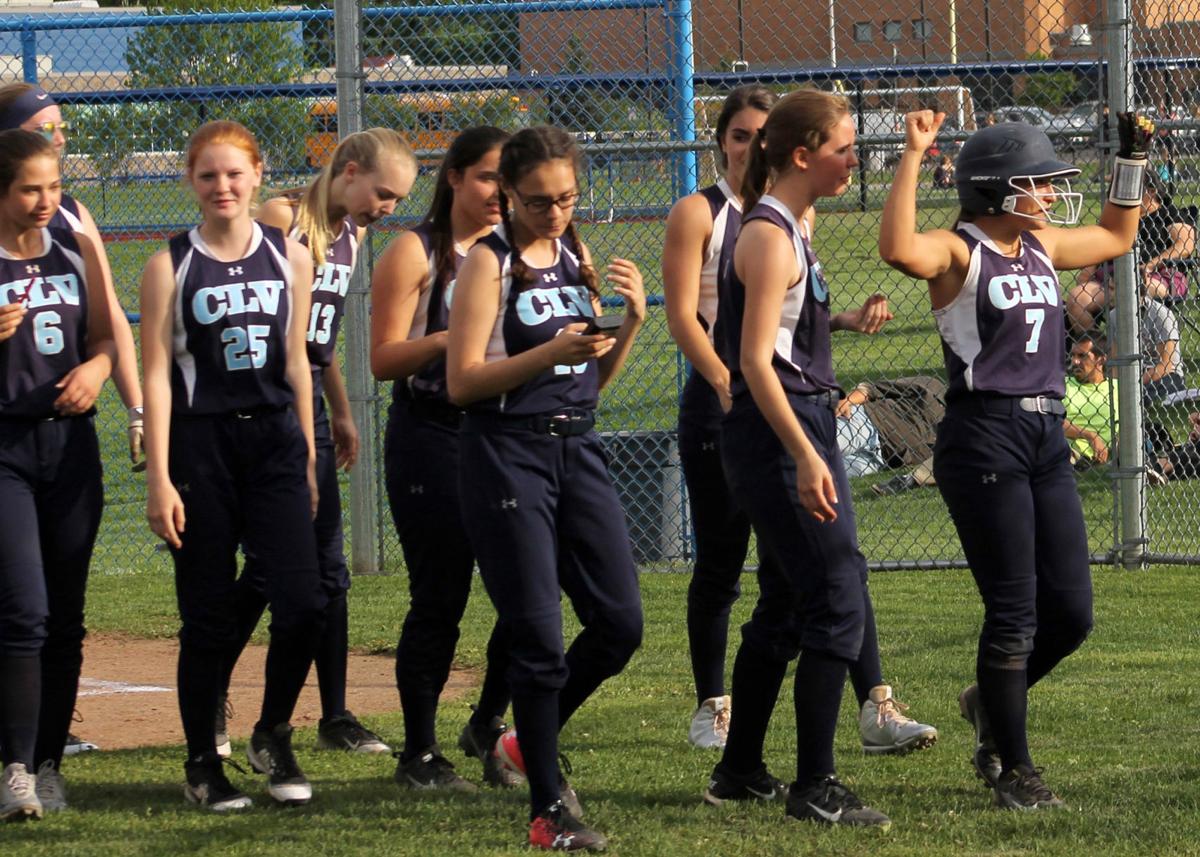 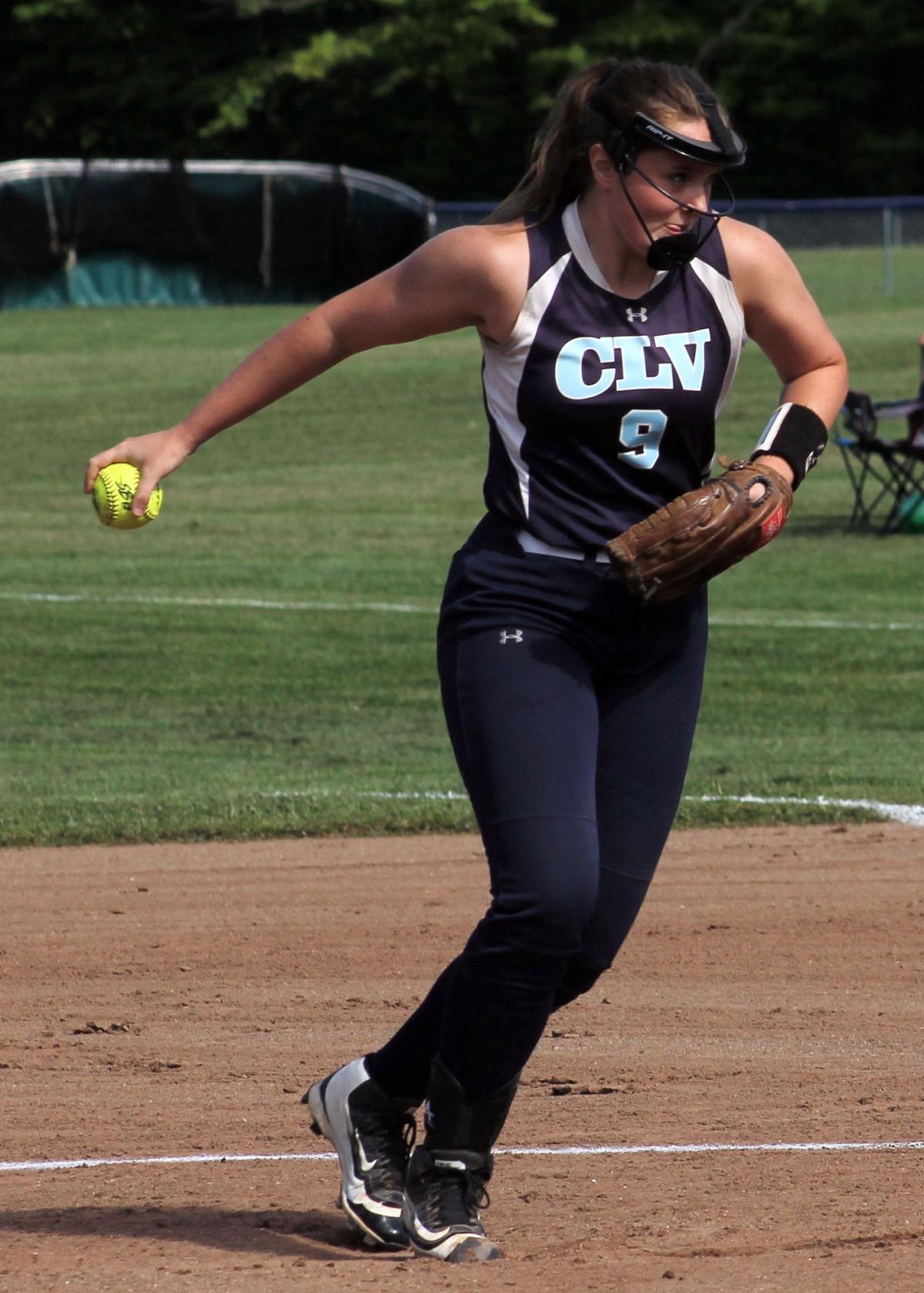 Cattaraugus-Little Valley’s Emma Rupp (9) winds up to throw a pitch against Salamanca. 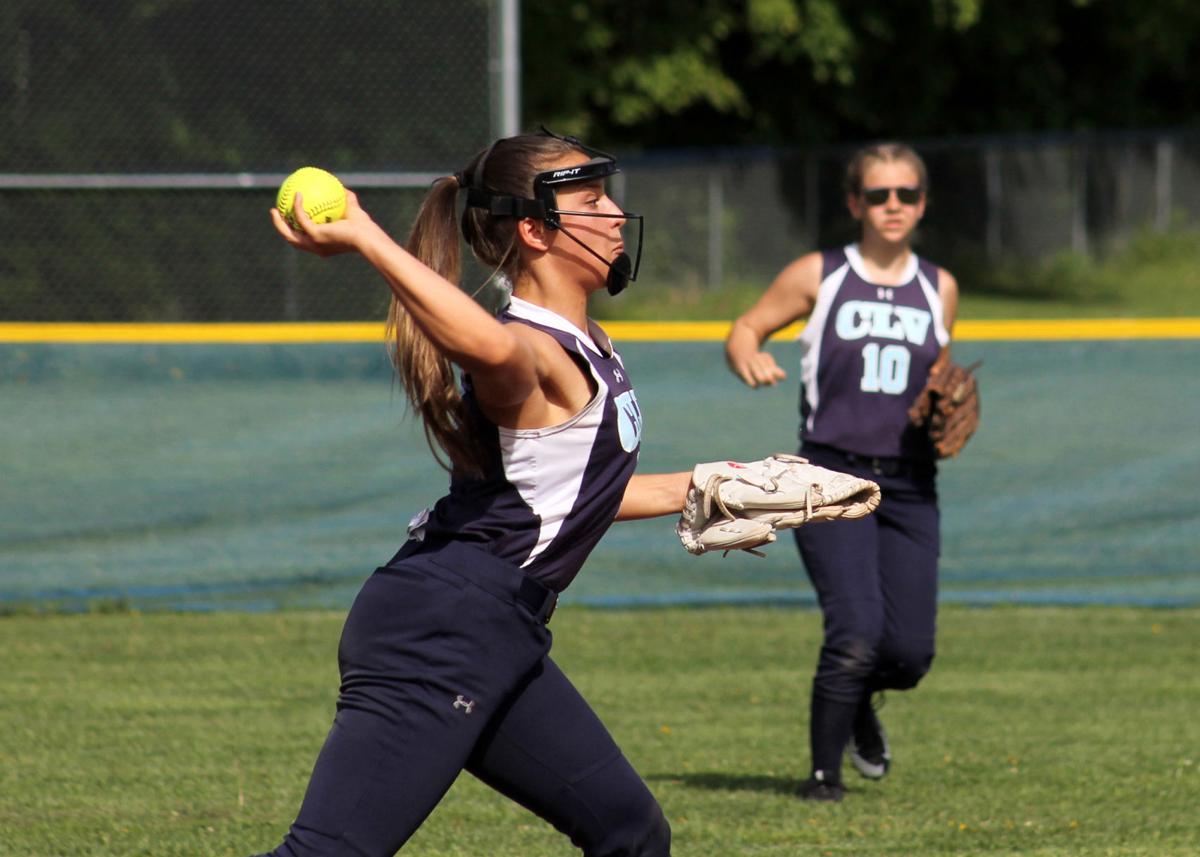 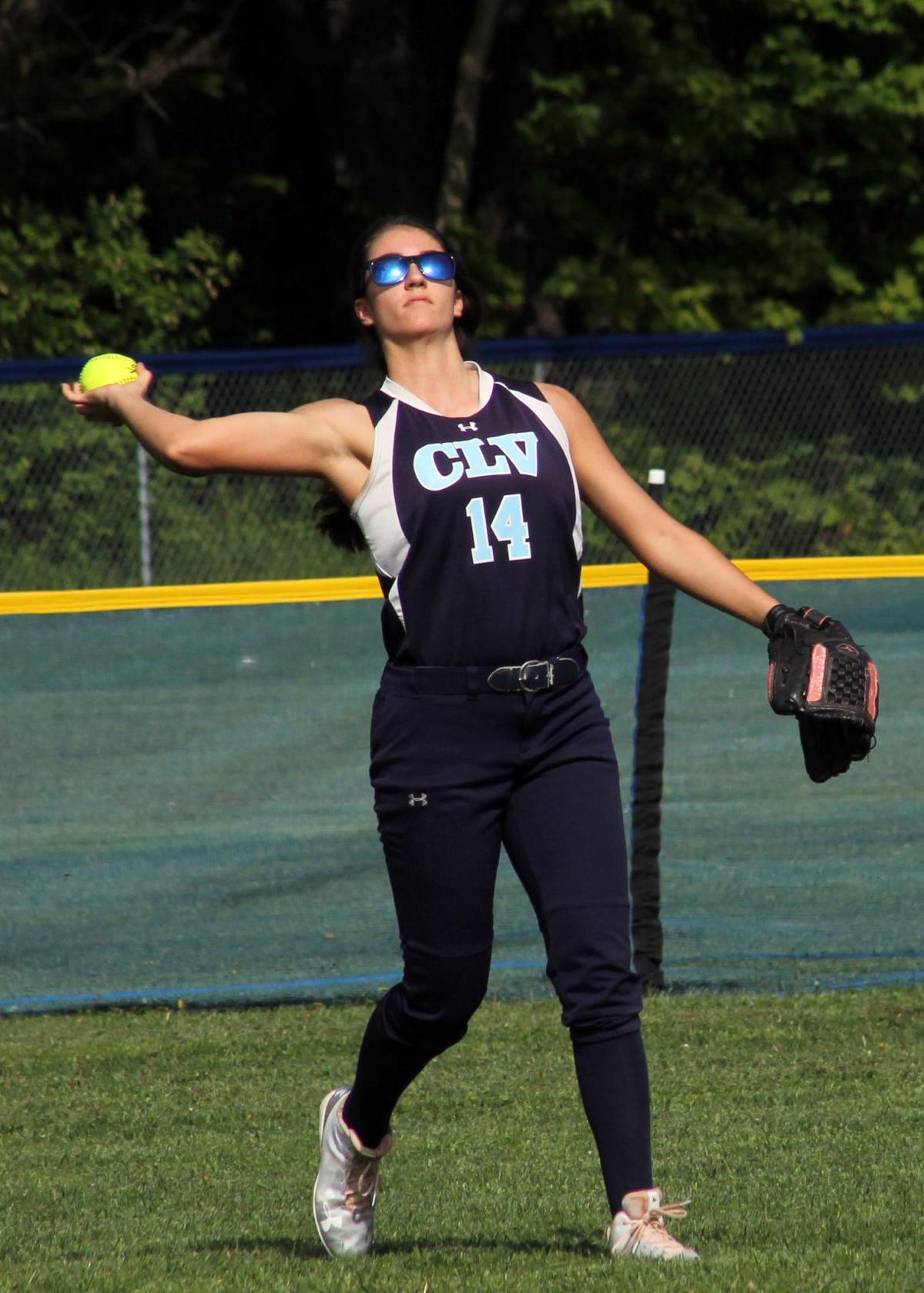 Cattaraugus-Little Valley’s Savannah Damon makes the throw in from centerfield. 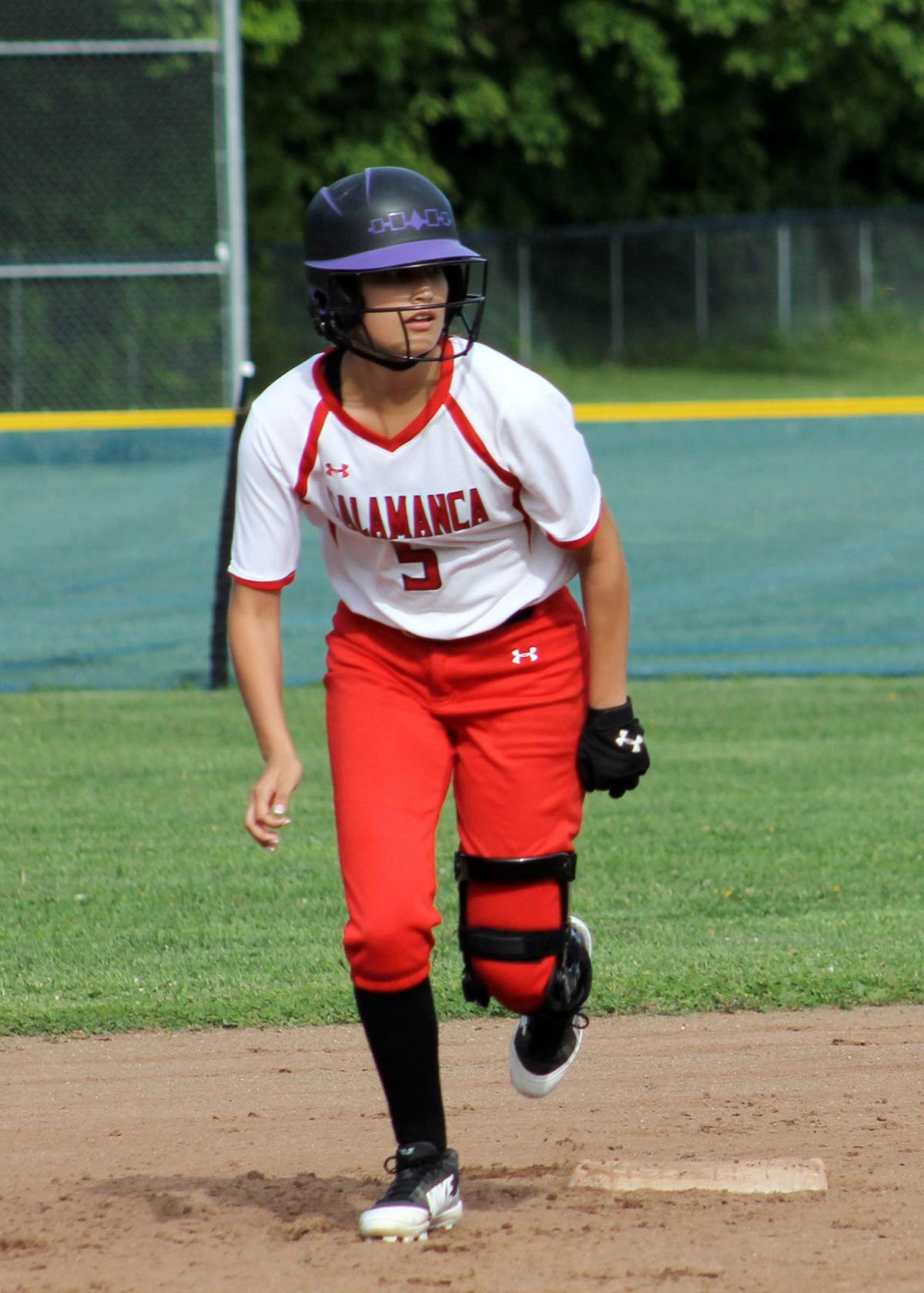 Salamanca’s Caryn Miller leads off from second base.

Cattaraugus-Little Valley’s Emma Rupp (9) winds up to throw a pitch against Salamanca.

Cattaraugus-Little Valley’s Savannah Damon makes the throw in from centerfield.

Salamanca’s Caryn Miller leads off from second base.

With a 20-2 victory over Salamanca on Monday in the Section 6 Class C quarterfinals, the Timberwolves have outscored playoff opponents by 36 runs. The two lopsided victories earned No. 5 C-LV (10-6) a playoff rematch at the No. 1 seed, Portville (16-1). Last year, the Panthers beat the T-Wolves 5-0 in a Class C-2 semifinal.

"I know they want a rematch," Kagelmacher said of the next playoff round. "We're two pretty even teams. I know that it should be a great game, it'll just be who comes out on top. They're ready, but it's whether they're mentally prepared on Thursday."

C-LV starting pitcher Emma Rupp held the Warriors to four hits over the first five innings, striking out two with a walk and hit batter. But she made just as big of an impact at the plate, hitting 4-for-5 with three RBI including a two-run home run as part of an 11-run first inning. Lexi Wulf also hit a home run and scored three times. Lauren Eaton went 2-for-3 with a double and three RBI and three runs; Savannah Damon went 3-for-4 with a double and three runs.

Bridget Murphy drove in five runs, and Mackenzie Ryan was 2-for-4 with a double, two runs and two RBI.

The T-Wolves jumped on the Warriors early, taking advantage of five walks and two hit batters in the first inning while showing some aggressive base-running.

“Sometimes we like to go station to station,” Kagelmacher said, “but moving on in the playoffs you have to be able to pull some moves that some teams won't be able to and this is the best time to practice it. You can't practice it in practice.”

“Just getting the pitches in the right time and the right placement,” Kagelmacher said of the defensive plan. “Getting them to ground out so that we can get out of an inning, that's one of our biggest goals. I've (said) before, I don't care about strikeouts. If we can get a groundout, I'll take the groundout because it's easier in that case.When we get in jams, we tend to get groundouts, which is nice to see.”

For No. 13 Salamanca (3-12), Kamryn Cook had a double and an RBI. Emma Brown, Jordan Ray, Emma Fiske and Jada Jimerson each had a single.

“Our pitching just started out a little rough, and we got behind early and we couldn't catch back up,” SHS coach Keith Jones said. ““I think we buckled down a little bit, started getting some baserunners, got a couple runs late in the game. But we've got a lot to work on in the offseason. We've got a lot of young girls who are ready to go and work in the offseason.”

Noting he thought the team “started to come together” this season, Jones hopes to build on his first year coaching varsity softball with a 16-and-under travel team.

“Every girl that's still on the team can play on our 16-and-under,” he said. “We're going to try to do a travel team, so that's one of the goals for the summertime. We're trying to get the young talent and get to it quick.”

Partly cloudy skies this evening will give way to cloudy skies and rain overnight. Low 38F. Winds light and variable. Chance of rain 80%.