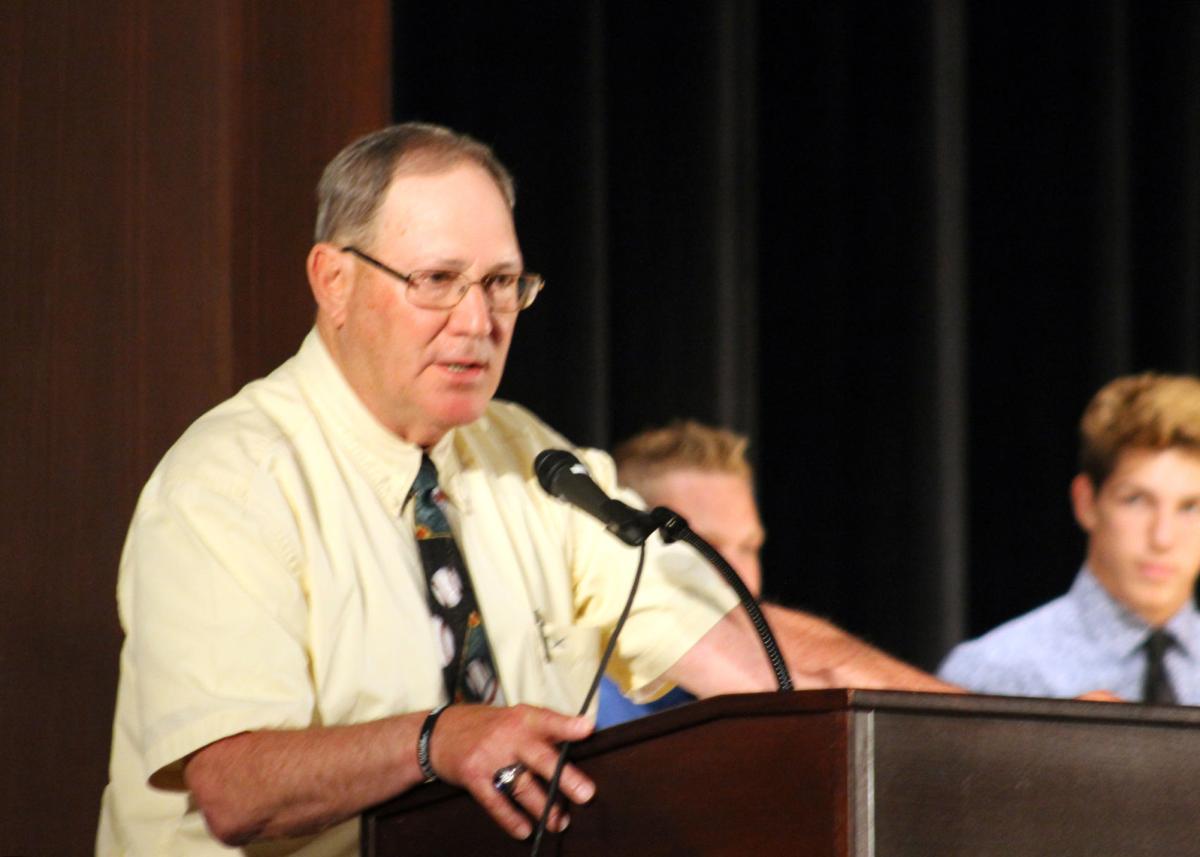 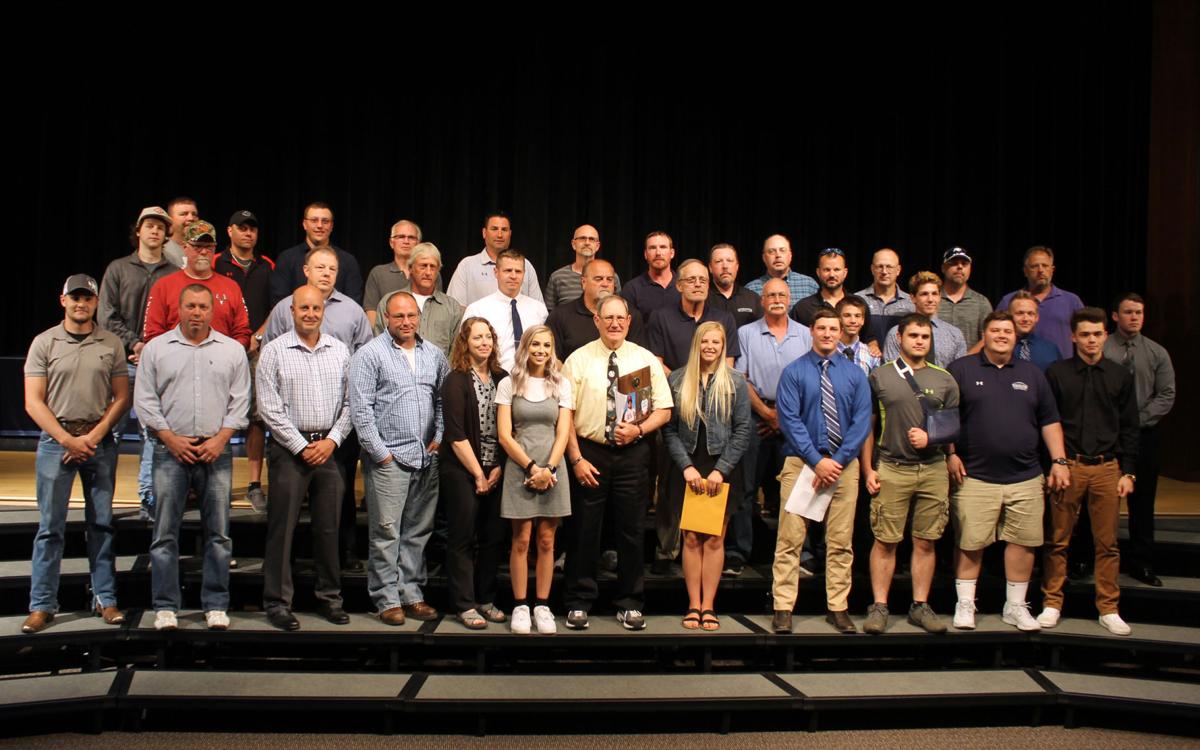 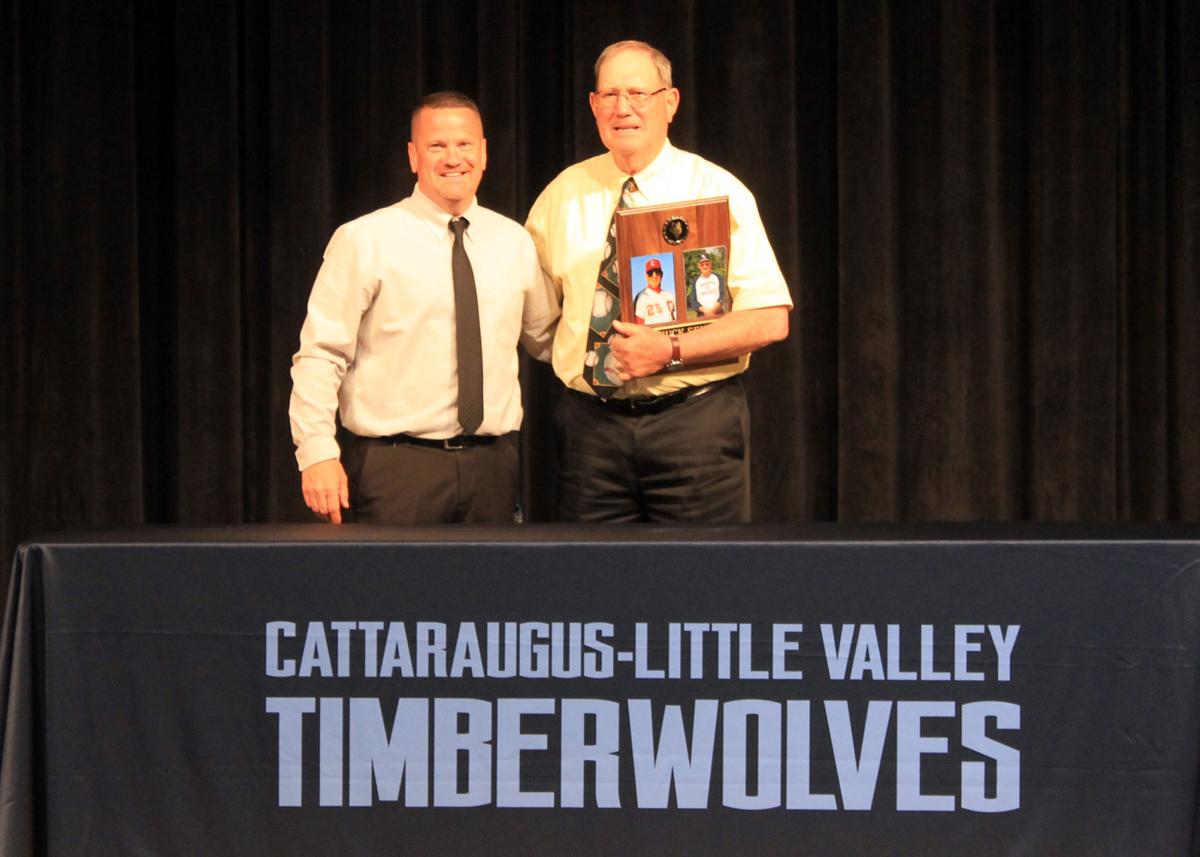 CATTARAUGUS — Looking out over the assembled crowd in the seats at Cattaraugus-Little Valley Central School’s theater Wednesday night, you could see a sampling of the many generations who have come into contact with Chuck Senn.

Senn’s varsity baseball coaching career started in 1974 for Cattaraugus High School’s Big Red, but he started coaching in 1966. And after more than 600 victories, with what he called “mixed emotions,” Senn decided to call it a career.

“It’s real simple,” Senn said before the Timberwolves’ Spring Sports Awards ceremony. “It’s like this: My heart and my mind tells me to coach, my body tells me it’s over.”

Senn intimated he struggled with the head coaching duties due to his health this season.

“It’s been that way for the last two or three years,” he said. “It’s a God blessing that I have great assistant coaches that take over for me when I can’t do anything, and I don’t want to continue coaching that way. I want to run the show and I can’t do it anymore.”

Athletic director Matt Minnekine presented Senn with a commemorative plaque, and he said another would go in the Timberwolves’ trophy case.

“I want to thank the Cattaraugus Central School District, Cattaraugus-Little Valley School District,” Senn said, his voice wavering with emotion on stage, “for giving me the opportunity to coach. I started coaching here in the fall in 1966. I’ve been at it for 50-plus years. I wanted to continue forever, but my body says no way. At this time, it’s time to say goodbye, move over and move on. Thank you, everybody.”

Former Cattaraugus or C-LV baseball players, assistants and statisticians who worked with or played for Senn over the last half-century packed the theater for a larger-than-usual crowd at the seasonal award ceremony to recognize the venerable coach. After the night’s final awards, these individuals connected to Senn joined him on stage to fill more than three rows on the theater risers.

“I always hope that when they leave my program that they can take something that I taught them that they can use in their future endeavors,” Senn said before the ceremony. “Basically, that’s what sports is for.”

Senn finishes with a record of 604-340-5 in varsity baseball. He ranks third all-time in Section 6 baseball coaching victories, behind only Williamsville East’s Jerry Ganz (723) and Orchard Park’s Bob Barrows (623) and he entered the Western New York Baseball Hall of Fame in 2017. Senn’s Cattaraugus teams won Section 6 Class D titles in 1986 and 1988 and his Timberwolves won the Class C championship in 2003.

But he doesn’t single out one accomplishment as his proudest moment.

“I’m proud of everything,” Senn said. “I don’t ever single things out. I’m a very team-oriented guy. We’ve had a lot of great teams and I don’t want to talk about one team over another. I don’t talk about players over another. It’s been a great run. I’ve been totally supported by the school districts and the community.”

Senn expects Josh Forster, whom he called his “right-hand man,” to assume the head coaching duties next spring at C-LV. He added that he’ll do some volunteer work with the team.

“Ask that guy over there,” Senn said, gesturing to Forster. “Ask him if he thinks I’ll have any involvement. Any involvement I have will be on a strictly volunteer basis, so I can come and go as I please ... I have mixed emotions.”

As for his advice to the next generation of coaches, Senn offered two words: “good luck.”

“They’re kind of a different breed than I’ve been used to,” he added, “and I think if things go the way I think they’ll go here with the young coaching staff taking over, it’ll be a good connection there.”

What jersey numbers will Wyoming's newcomers wear this season?

Partly cloudy. A stray shower or thunderstorm is possible. High 74F. Winds NW at 5 to 10 mph.

Partly cloudy skies during the evening giving way to a few showers after midnight. Low 59F. Winds W at 5 to 10 mph. Chance of rain 30%.