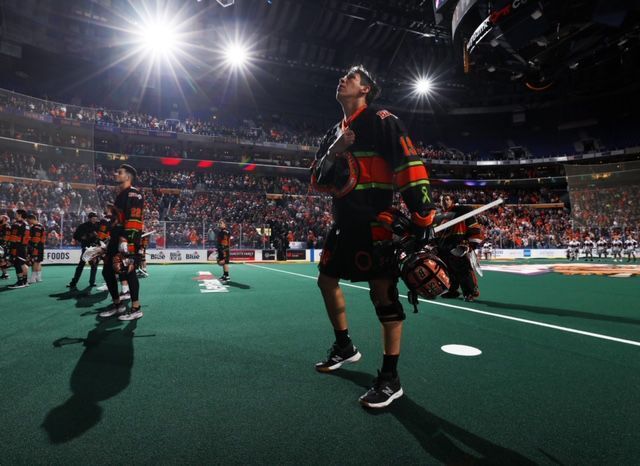 Frank Brown said he wants to spend the rest of his National Lacrosse League career in Buffalo. 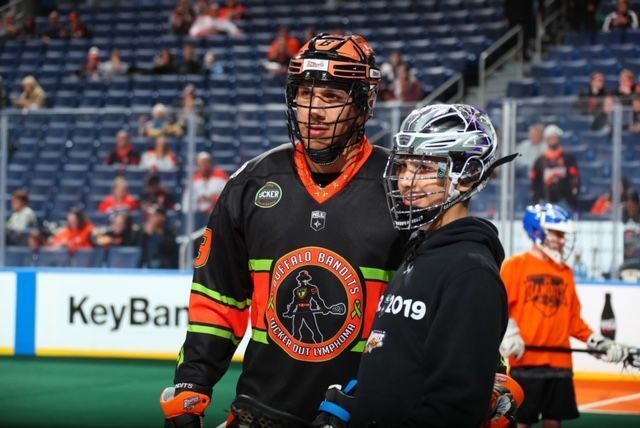 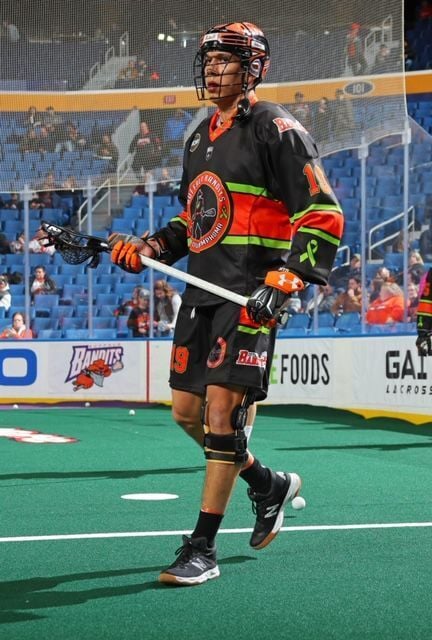 Frank Brown said he wants to spend the rest of his National Lacrosse League career in Buffalo.

Growing up as a lacrosse-loving child in Salamanca, Frank Brown dreamed of playing for the Buffalo Bandits.

Now, a new two-year contract signed by Brown on Friday formalized that dream coming true. In his third season in the National Lacrosse League, Brown, a 26-year-old transition player, played two games for Buffalo last season after a trade from Rochester. While the pandemic cut short his first season in Buffalo, when the NLL postponed and later canceled the remainder of the year, Brown’s new contract kept him where he always wanted to be.

“I think the whole point of my career was to end up here,” he said. “I even go back to the last championship that the Bandits won, I was probably 13 years old and I was at that game. I grew up going to Bandits games. Everything I had in mind was to get me to Buffalo to play for the Bandits and to win a championship for the city. So (I'm) excited to say the least.”

IN THREE NLL seasons playing in different cities (Georgia, Rochester, Philadelphia and Buffalo), the former Hobart College standout has scored eight goals with 14 assists and 78 loose ball recoveries in 29 games. Last year, the 6-foot-4, 220-pound Brown had two assists in two games for Buffalo after a trade on Feb. 27.

“It was pretty helter-skelter for the time that I was there,” Brown noted of his short time with the team in 2020. “I think I was there for maybe 12 days before everything had happened. I got traded on a Thursday and then Friday I had to go through team physicals with the coaches and then, here we are 24 hours after getting traded, I'm going through practice the night before the game. So it was a bit overwhelming for the most part. I don't think I really took the time to appreciate it. (I was still) building chemistry with the guys on the floor and in the locker room and with the coaches. I was just playing catch-up the first two weeks that I was with them. Then by the time I was able to pick my head up and really appreciate it, the season was unfortunately postponed.”

Though he attended games in person as a fan, imagining himself as a Bandit while practicing made just as much of an impact on Brown.

“THE MOST impactful moments as a Bandits fan in my life (have) been in my backyard just imagining being on that floor, what I would do,” he said. “The moments that I created in my head of playing on that floor, with that jersey on, are what pushed me to get to this point and is what's going to continue to push me to where I want to go.”

Adding to the surreality of Brown's fandom turning into a playing career for the Bandits is his coach: Bandits legend John Tavares now leads the team from the bench.

“John Tavares was the end-all, be-all for a lot of kids growing up,” Brown said. “So it's a win-win for me to be able to play for the Bandits and to be able to have him as a head coach.”

Brown has played for Tavares before, in Senior A Lacrosse in Canada, learning the expectations he has for his players.

“I got a good understanding of the way he approaches the game and the way he expects his players to approach the game,” Brown said. “It's all business. You show up, you do your job, you pay attention to the little details when you're not with the group, you stay up on your conditioning. You show up and you do your job and you're on the field. If you don't do that, then you're going to have a hard time seeing any playing time.”

In signing a two-year deal, Brown, who also played this summer for the Boston Cannons of Major League Lacrosse, has some long-term stability, which he hopes will continue through the remainder of his career.

“It was very important for me,” he said. “I think the two-year deal kind of came down to what I'm worth now and what I want to be worth after a couple of seasons in Buffalo. The bottom line is I want to play in Buffalo the rest of my career. The two-year deal is just a formality to keep me motivated and keep me getting better every day.”

Want to take the measure of the 2020 Huskers on Saturday? Look no further than the trenches

Joey Wagner: A confident buildup to another letdown for Illinois — this time because of the offense