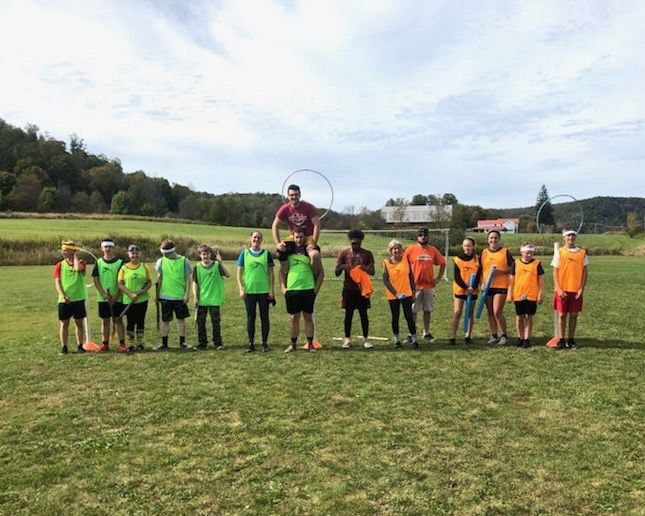 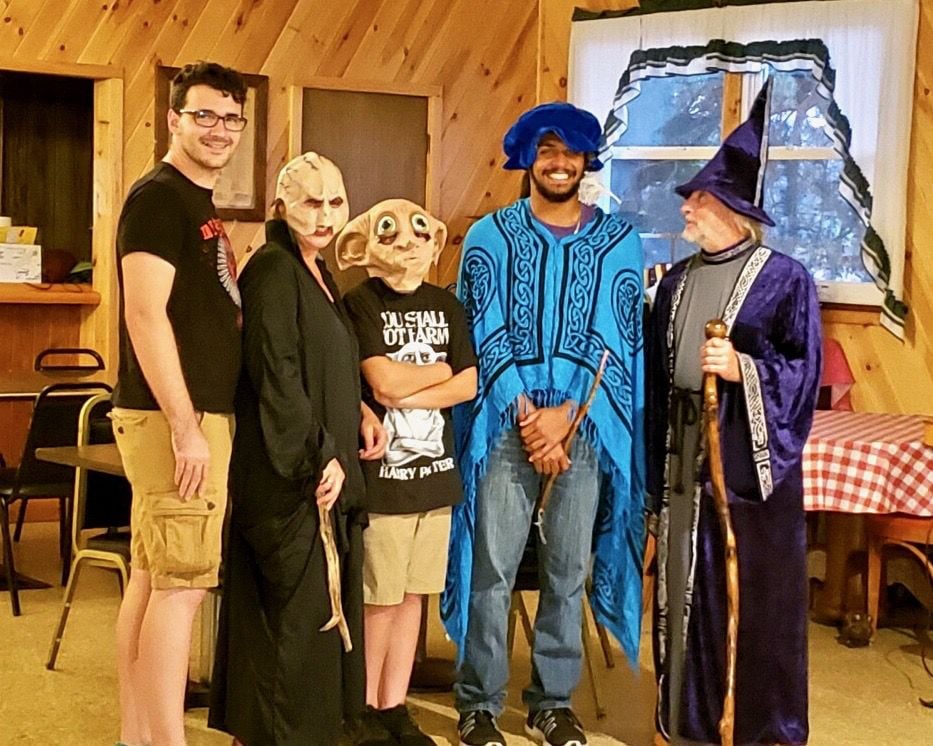 There was a moderate turnout for a great cause with players from Cattaraugus-Little Valley Central School, town and some college players brought by the Snitch. Coaches were Renée Funke and Lynette Allen.

The first part of the day, the Snitch gave instructions for new players and all participated to help. Then the first game began. At the end of the 30-minute game, teams Gryffindor and Hufflepuff were tied.

After a resting period, game two began. As the fast game went on, numerous scores were made. But then the Star Seeker caught the Snitch for 30 points. Gryffindor won the games overall.

The day ended with participants enjoying ice cream and drinks at Brumagin’s field house. The Lions Club thanks Ron and Shirlann Johnson and Ron Schubert, who set up the field and did so much more, and Kurt Brumagin, who gave the Lions the use of the field.

Before the Quidditch Games began, the weekend event kicked-off with Wizard’s Night on Saturday. Parents, kids and friends had a wonderful time as they were entertained with activities including a duel between Harry (Nick Burroughs) and Lord Voldemort (Lisa Washburn, who also won first prize for best costume). Music was provided by the String Busters.

Lion Myrna Reynolds said when all expected donations have been received from the sponsors, the Little Valley Lions club will have taken in $2,000.

FirstLight to Acquire A Portion of DFT Communications' Fiber Assets

Rain showers this morning with overcast skies during the afternoon hours. Thunder possible. High 73F. Winds SW at 10 to 15 mph. Chance of rain 60%.

Thunderstorms likely this evening. Then a chance of scattered thunderstorms overnight. Low around 65F. Winds WSW at 5 to 10 mph. Chance of rain 80%.