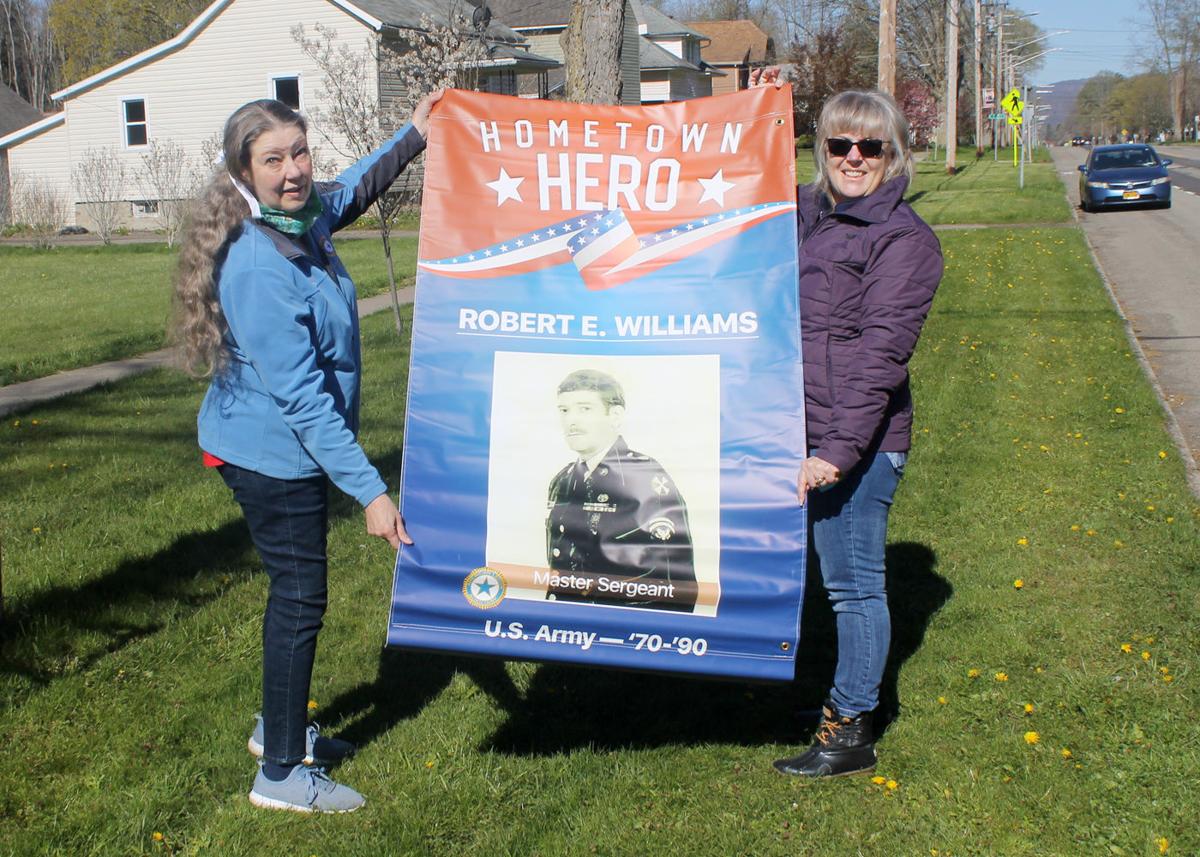 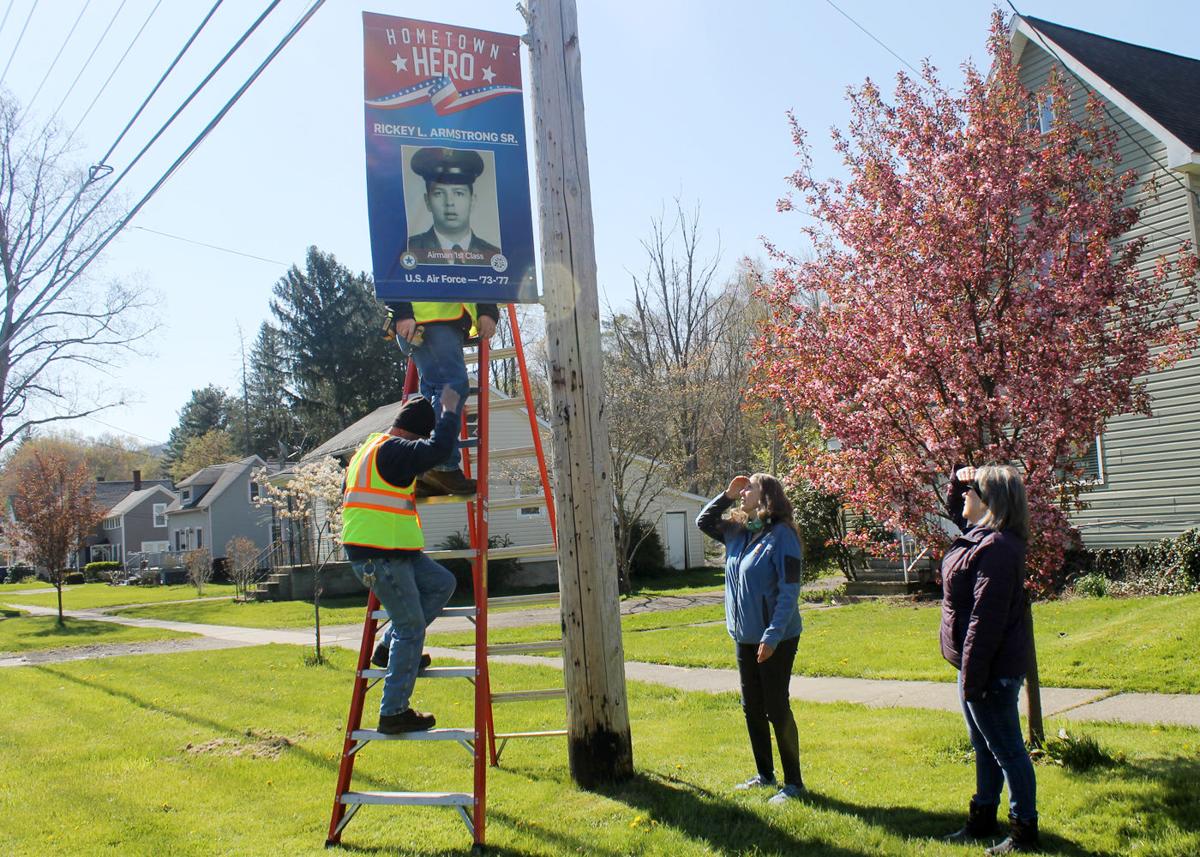 SALAMANCA — Combining a sense of hometown pride and love of their country, a group of local leaders saw a project several months in the making come to fruition May 13 with the installment of the first “Hometown Heroes” banners in the city.

Approximately 80 banners commemorating the service of military veterans both alive and deceased from the Salamanca area can be seen all along Broad Street on telephone poles also flying either American or Seneca Nation flags.

The project is the brainchild of Ruthe Riehle, director of the Salamanca IDA, who was inspired by the other communities in the area who began hanging banners two years ago.

“Portville did this first, and then I suggested it here in the city,” she said. “Then Weston Mills and Olean talked about it, and their goal is to do Route 417 from Portville right on down, and we’re right at the end.”

Grant administrator Sandi Brundage applied for a Mission in Action grant from the American Legion Auxiliary Foundation in late 2019 to help fund the project. From there, Sue Williams, the Cattaraugus County Legion Auxiliary President, was instrumental in coordinating the grant with the IDA and city.

In January 2020, the Salamanca American Legion was awarded $4,000 from the Foundation, Riehle said.

“That really helped reduce the cost of the first banners for the people,” she said. “And that’s when Sandi got involved and Sue got involved, and as a team, we’ve put it all together.”

In the IDA office, Riehle said Shayla Adamic helped in organizing the applications as they started coming in, taking care of the bookwork and editing the pictures. Once enough were processed, the info was sent to Randolph Graphics, who began printing banners in April.

“They utilize the Amish to sew the pockets in the banners,” Riehle added.

Several groups have been involved with hanging up the banners, including city officials and the Salamanca City Central School District, Riehle said. As more are made, banners will be hung along Route 417 throughout the city.

Many recognizable names from Salamanca’s history appear on the banners, including local government officials, community leaders and business owners. Williams said while some veterans from World War II are recognized, a majority served during the Korean and Vietnam wars.

“We’ve had a couple of Purple Hearts and one Silver Star, and they are noted on their banners,” Riehle added.

Also among those honored are some who were missing in action or died while serving, Williams noted, including Keith Franklin, who was killed in action 50 years ago May 12.

Although she saw many other communities doing it, the meaning of having the banner also hits close to home for Riehle.

“My dad is on a banner in Portville,” she said. “It’s because of the veterans that we have the freedoms we have, and it’s a wonderful camaraderie for the community.”

Before the coronavirus pandemic led to closing city hall to the public, Riehle said applicants would bring much more than just their paperwork and a picture into the office.

“We learned so much,” she said. “Stories that people told, some brought in their yearbooks. Wives talking about their husbands when they would come back from World War II or when they were leaving. It’s the tears and the memories that they brought.”

Williams is among those whose husband is honored with a banner in Salamanca. A U.S. Army veteran who began serving during Vietnam, Robert Williams and Sue had been involved with the Legion and Auxiliary since they married.

“When we moved here in 2000, I joined this local unit and have been very active,” she said. “It’s a very good feeling to know he’s up there because he was such a big part of this community for so many years.” Robert passed away in 2013.

Applications for banners are still available by contacting the IDA office or the American Legion. Riehle said in addition to the application, a DD214 form and a picture of the veteran or active person is needed. The cost for a banner is $150.

“This is going to be an ongoing program, so as people see the banners up and want to participate, they will be able to,” she said. “When we have a lot of 10, we’ll send them to the printers.”

Duchess of Sussex reflects on lingering racial injustices in US