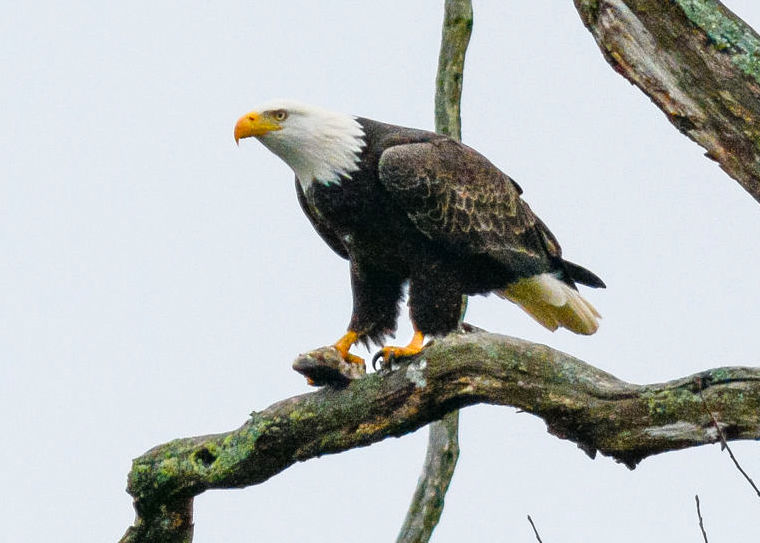 An American bald eagle perches on a tree limb, with a fish, along Olean Creek in October. 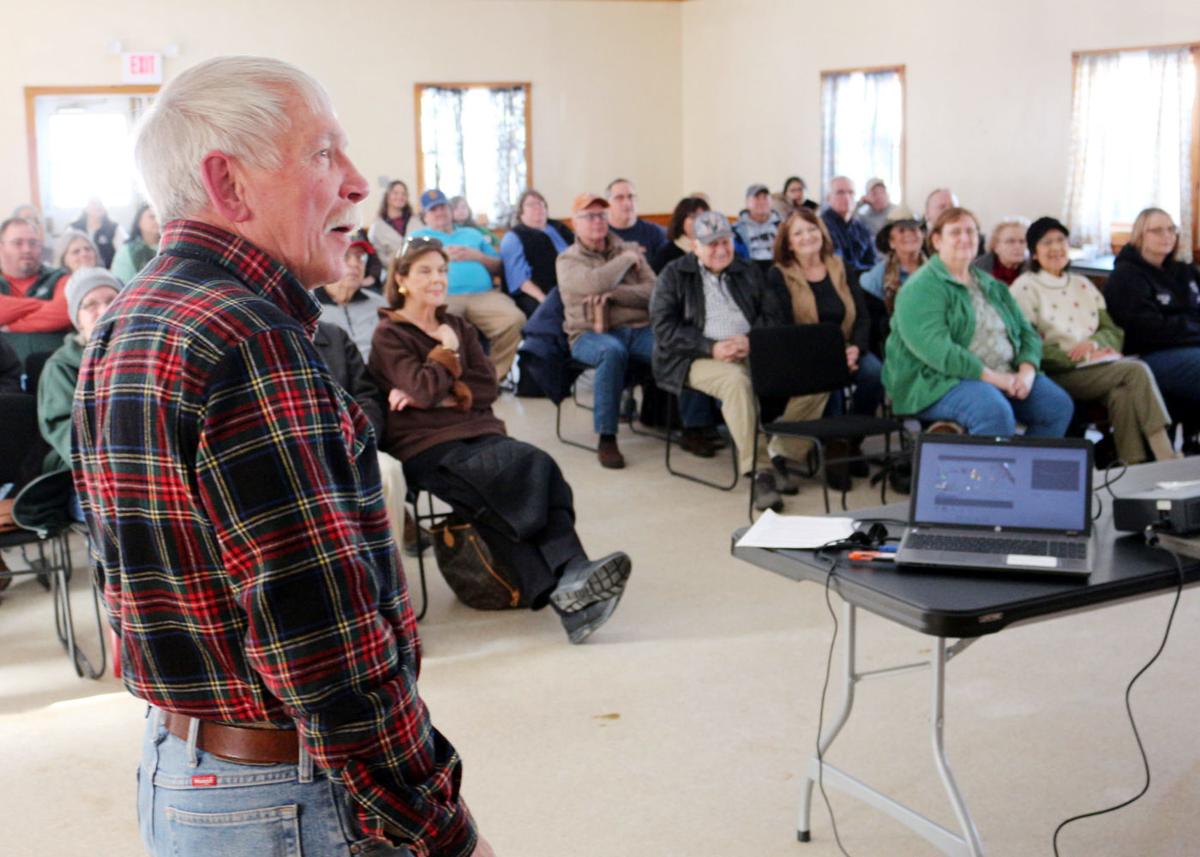 Rick Rupprecht, who helps care for an American bald eagle at the Jamestown Audubon Nature Center, makes a presentation at a meeting of the Allegany State Park Historical Society.

An American bald eagle perches on a tree limb, with a fish, along Olean Creek in October.

Rick Rupprecht, who helps care for an American bald eagle at the Jamestown Audubon Nature Center, makes a presentation at a meeting of the Allegany State Park Historical Society.

ALLEGANY STATE PARK — In 1970, there was only one active American bald eagle nest in New York state — and it didn’t produce any eaglets.

The eagles, like other raptors including osprey, were victims of the now banned pesticide DDT, which caused their egg shells to be thin and brittle — and to fail in the nest.

In nearby Pennsylvania, there were 277 eagle nests at last count.

Many Southern Tier residents regularly spot bald eagles, with their distinctive white heads and tail feathers in their adult plumage. Motorists on Interstate 86 often spot an eagle on a nest along the Allegheny River between Salamanca and Seneca Junction.

There was much interest in the Allegany State Park Historical Society meeting Saturday where Rick Rupprecht of Ashville spoke about the comeback in New York of the American bald eagle, it’s lifestyle, nesting and history.

Rupprecht said most of the state’s bald eagles are descendants of eaglets plucked from the nests of plentiful eagles in Minnesota that started in the 1970s. They were then “hacked” in the wild, with minimal human contact and released.

Rupprecht helps care for an American bald eagle at the Audubon Community Nature Center in Jamestown. The eagle, named Liberty, came to the center in 2002 after injuring its left wing in Washington state the year before. After it was rehabilitated, it was determined the eagle would not survive in the wild.

Liberty is at least 24 years old. Volunteers spend about two hours a day taking care of the eagle. There is a freezer full of fish that are thawed before being taken into the eagle’s enclosure.

“A 10- to 12-inch trout is perfect,” Rupprecht told the group of more than 75 Historical Society members. “You can feed them to her whole.” Larger fish are cut up and Liberty often tears them apart while eating.

Eagles are often working on rebuilding their nests in January, Rupprecht said. Eggs will hatch sometime in March.

How old do eagles get in the wild asked one person from the audience?

Rupprecht replied that in 2015, an eagle in Pennsylvania was documented to be 31 years-old based on a leg band attached to the eagle.

A retired Jamestown Community College math teacher, Rupprecht enjoys leading people of all ages, especially children, on nature walks, and a behind the scenes tour of the eagle at the Audubon. He also does presentations on making maple syrup, and on the Pennsylvania timber rattlesnake.

SpaceX has a 50% chance of launch today

Thunderstorms likely this evening. Then a chance of scattered thunderstorms overnight. Low 63F. Winds WSW at 5 to 10 mph. Chance of rain 80%.