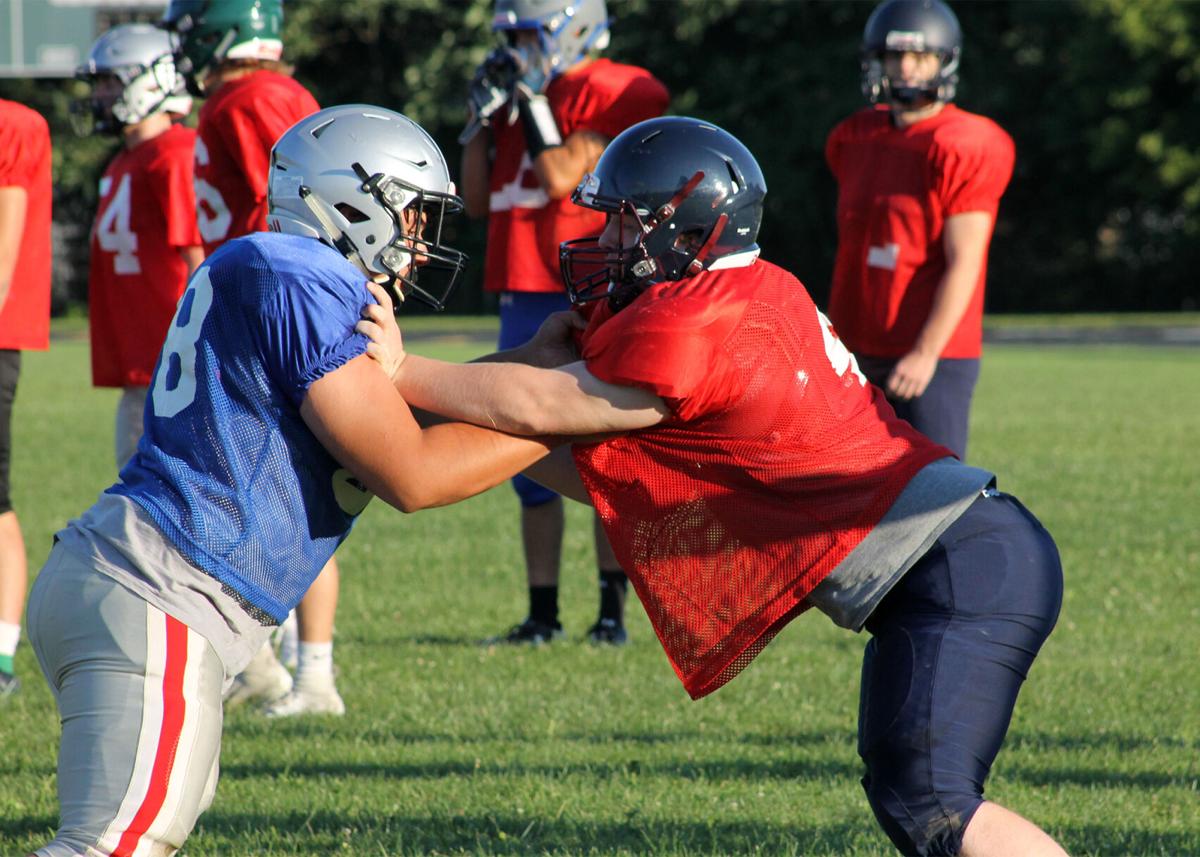 Salamanca’s Carter Stoltz (left) practices blocking against a teammate during practice for the Big 30 All-Star Charities Classic on Friday in Allegany. 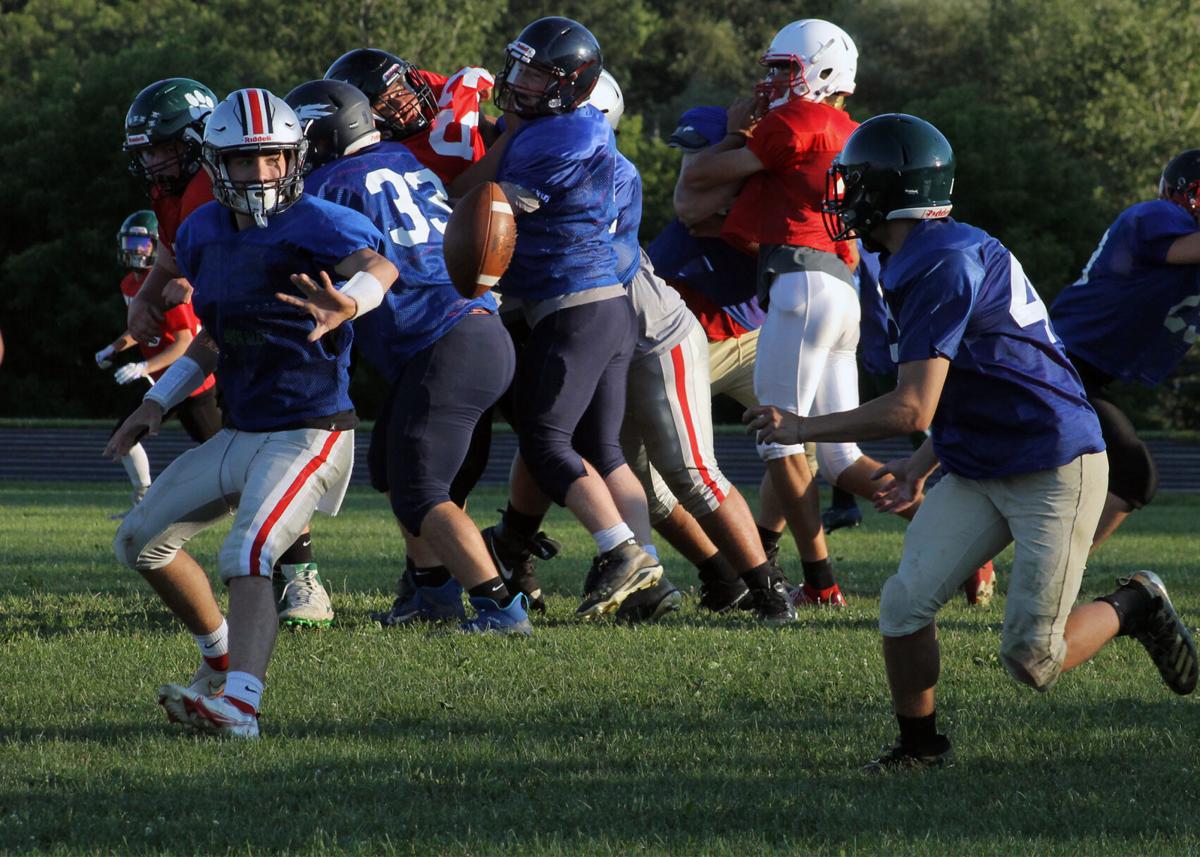 Quarterback Lucas McKenna, of Salamanca, tosses an option pitch during practice for the Big 30 All-Star Charities Classic on Friday in Allegany.

Salamanca’s Carter Stoltz (left) practices blocking against a teammate during practice for the Big 30 All-Star Charities Classic on Friday in Allegany.

Quarterback Lucas McKenna, of Salamanca, tosses an option pitch during practice for the Big 30 All-Star Charities Classic on Friday in Allegany.

For many high school football standouts, Saturday marks the last chance to make some memories on the field. It’s also likely to be the first time many of them play alongside their rivals from neighboring school districts.

“The coaches are loose with them and when we teach, we're loose, and it just transfers to the players,” said Brown, who will call the defense for New York. “We're big on trying to make like a family, make a team, and that's the key to this thing. These guys are all treating each other, even though they played against each other in the regular season, they're treating each other like brothers. This is our family. So Coach Stonemetz and I do a real good job of irritating the crap out of each other and the kids buy into it. It's us and them between the red shirts (defense) and the blue shirts (offense) until we've done our drills and we all come together and the guys know that we're all family.”

Salamanca has five players set to play on Saturday at Bradford’s Parkway Field. On offense are quarterback Lucas McKenna, tackle Jarod White and guard Carter Stoltz, while safety Trevor Ellis and outside linebacker Ezra Stahlmen are set to play defense.

Randolph (outside linebacker Ashton Bushey and running back Isaac Hind) and Cattaraugus-Little Valley (guard Brodie Hill and outside linebacker Joe Quigley) have two players each with one on each side of the ball.

Brown admitted it’ll be a challenge to pick captains for his defense.

“That's an ongoing process, but I will tell you right now — and this is just not a standard thing here — these guys are all leaders, every one of them,” Brown said. “The way they're carrying themselves defensively is really impressing me right now. If I had to tell you, right now I've got 19 captains on defense.”

Wayne Stonemetz, the offensive coordinator, sounded impressed by his depth of talent among 22 offensive players.

“I think any time you coach an all-star game, you're coaching kids that are all good,” Stonemetz said. “No matter what position you put them in, they pick it up and they play hard and they're doing what we're asking them.”

After one week, New York had installed both its offense and defense and started working on special teams. The deep roster should allow for multiple looks on offense, Stonemetz said.

Notes: The game is set for a 7 p.m. kickoff with gates opening at 5 p.m. Tickets are $7 and available at Northwest Savings Bank and Man’s World in Bradford, Sports Locker in Olean, CNB Bank in Kane, Pa., or through any committee member. The annual parade through Bradford starts at 2:30.

At halftime, the Big 30 committee plans to honor the players and cheerleaders who were invited but could not participate last year due to the pandemic.