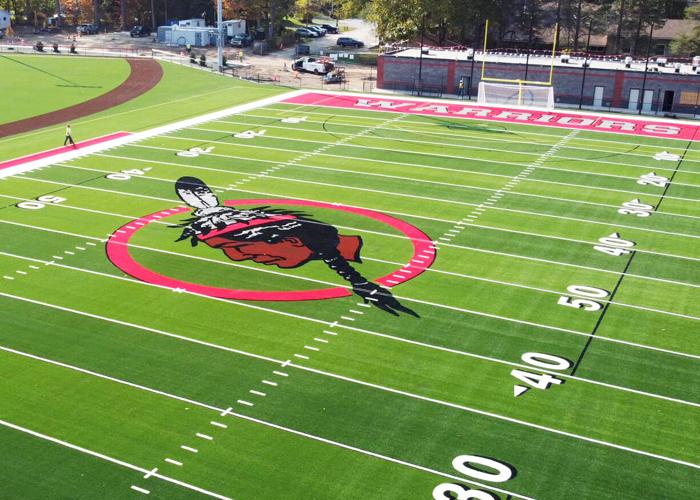 The Warriors logo at the middle of Salamanca’s varsity football, lacrosse and soccer field was designed by Seneca artist Carson Waterman. 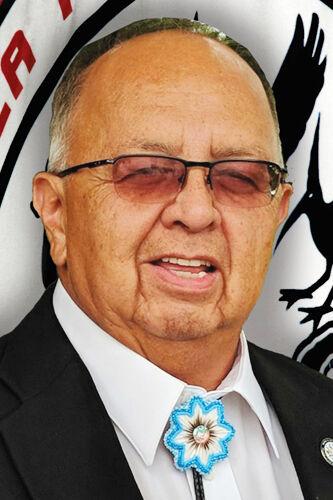 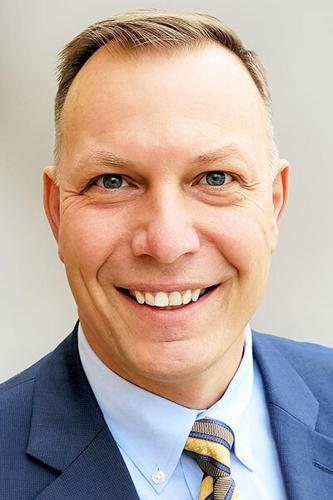 SALAMANCA — Officials at both the Seneca Nation and Salamanca school district are willing to discuss the future of the Warriors logo and name following the New York State Education Department directive to stop using Native American iconography in public schools.

Nation President Rickey Armstrong, Sr. said the decision handed down by the state Education Department is a positive step whose time has long since come.

“Names and imagery that mock, degrade and devalue Native heritage, culture and people have no place in our society,” he said. “The historic decimation of Native people should not be celebrated in any fashion or used as a community rallying cry, especially in the realm of education.”

Dr. Mark Beehler, superintendent of Salamanca schools, said both the Nation and district are on the same page, adding the school understands and supports the state’s directive. Although they don’t have a mascot, he said they have a logo with a Seneca male and the name “Warriors,” which, when used together, make an obvious connection between Indigenous peoples.

“We believe that our logo is representative of the heritage and culture of the students and community we serve,” he said.

While individuals in different communities may not associate their team names with the horrors that Native people have faced throughout history, Armstrong said the fact remains that many other team names and images further longstanding anti-Native biases.

“The state’s decision appropriately suggests consultation between school communities and Native nations,” he said. “This includes the Salamanca City Central School District, located on our Allegany Territory, which has a very unique relationship with the Seneca Nation.”

Salamanca’s current Warrior logo dates back to the 1970s when Seneca artist Carson Waterman designed it as a replacement for the previous logo that showed a Native American wearing a headdress closer to what a western tribe would wear, Beehler explained.

“We believe (the current logo) is a representation of the heritage and culture that we support and try to provide education for,” he added.

The Seneca Nation has long believed that dialogue rooted in respect and understanding can yield positive results, Armstrong said. He said respecting Native people, culture and history is not a one-community issue, but a conversation that needs to happen in all communities and districts where Native-themed nicknames and imagery are still in use.

“We will have further discussions with the district’s leaders, just as we have had conversations with multiple school districts in recent years,” he added. “Our Nation remains willing to participate in further discussions so that school districts and their communities can come together to support team names and imagery that reflects and respects the character and value of all residents and students.”

Beehler said the district is looking at the situation as an opportunity for transparent and open communication between all members of the community, including students and the Seneca Nation, to make sure everyone is on the same page.

“If we continue to utilize the logo, I hope that, through this process, we will have a better understanding of how it should be used and where we want to have it be seen,” he added.

Concerning the name, Beehler said “Warriors” doesn’t necessarily connect directly to Indigenous peoples — the NBA team the Golden State Warriors has no connection to Native tribes in its original Philadelphia or present San Francisco area, and its logo is of the Golden State Bridge.

“In our case, we have the complication that we are the Warriors and our logo is a Seneca male,” Beehler added. “That’s where we need to make a determination of do we put those two together or does one of them have to go? I don’t have the answer to that at this point in time. We’re going to have to collectively determine what the appropriate answer is.”