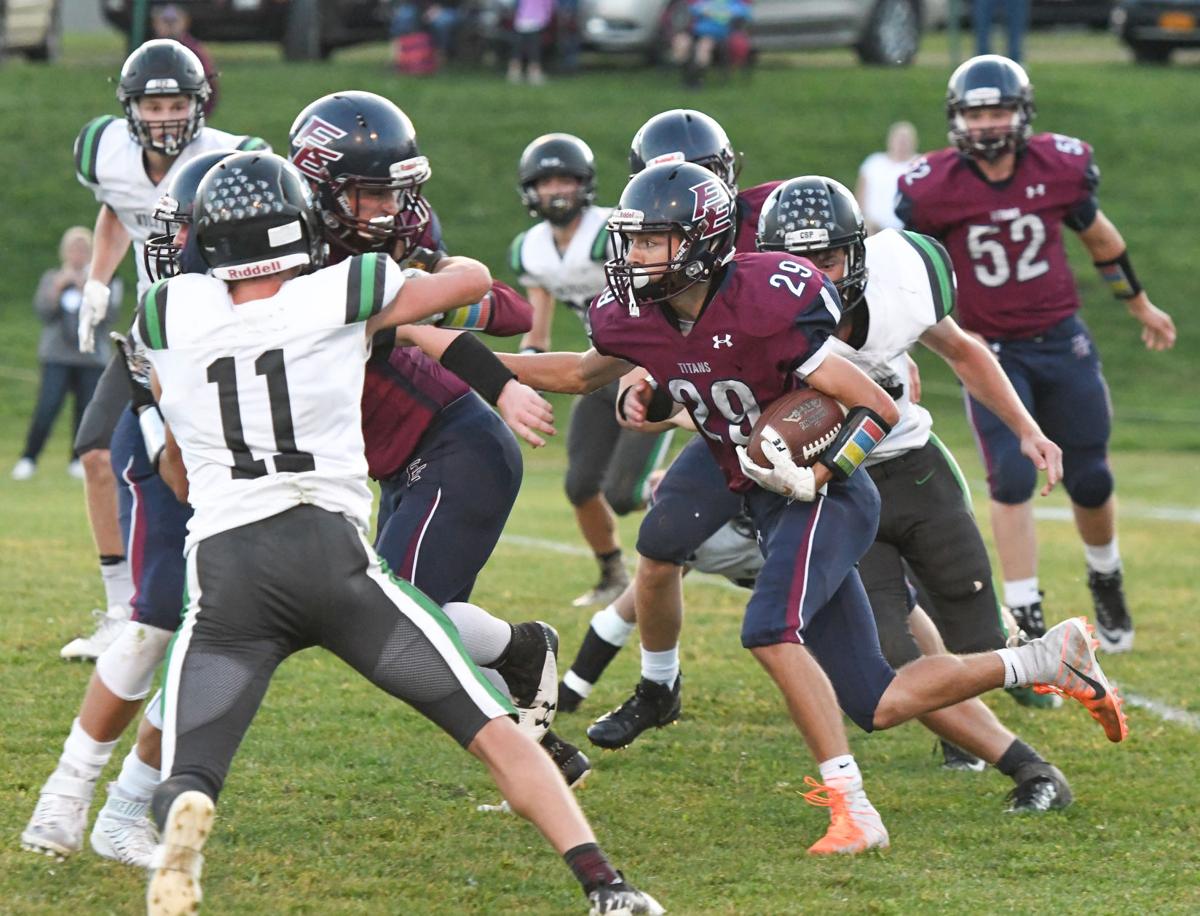 Franklinville/Ellicottville running back Tyler Clear (29) looks for running room during the first quarter of a Section 6 Class D matchup against Clymer/Sherman/Panama on Friday night in Ellicottville. 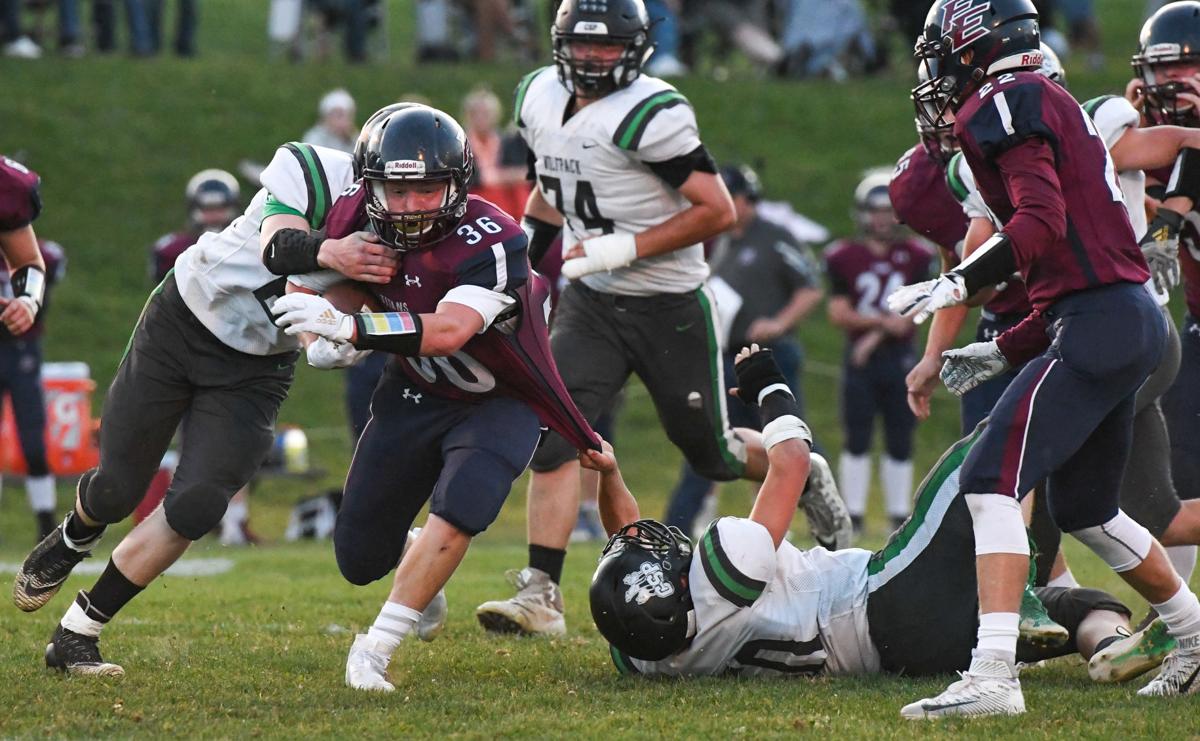 Franklinville/Ellicottville running back Jordan Grinols (36) attempts to shake off a pair of C/S/P defenders, including Zack Calhoun (No. 50, on the ground) during the Titans’ 24-6 triumph on Friday night in Ellicottville.

Franklinville/Ellicottville running back Tyler Clear (29) looks for running room during the first quarter of a Section 6 Class D matchup against Clymer/Sherman/Panama on Friday night in Ellicottville.

Franklinville/Ellicottville running back Jordan Grinols (36) attempts to shake off a pair of C/S/P defenders, including Zack Calhoun (No. 50, on the ground) during the Titans’ 24-6 triumph on Friday night in Ellicottville.

ELLICOTTVILLE — A program that has been accustomed to success since its merger, the Franklinville/Ellicottville football team likely has aspirations of winning every time it takes the field.

But it especially wanted this one.

Quarterback Logan Frank had made that clear nearly two weeks earlier when, after winning the Times Herald’s Male Athlete of the Week award, he listed “beating Clymer/Sherman/Panama” as a goal for this season. And then there was this extra bit of motivation: C/S/P was the defending Class D state champion, having won the title last November handily over Moriah, 26-6.

Matched up once again with C/S/P in a Class D showdown after a one-year hiatus, the Titans checked perhaps the one box it wanted more than any other aside from a return trip to New Era Field.

Frank once again played a prominent role in an F/E win, connecting with Tyler Clear on a pair of 25-yard touchdown passes and adding a two-yard rushing TD as the Titans came away with a convincing 24-8 victory on Friday.

Tied 8-8 at halftime, F/E (3-0) scored two third-quarter touchdowns to take control. A defense that has surrendered just six points in each of its three wins kept C/S/P and dangerous quarterback Gerrit Hinsdale at bay the rest of the way.

“They’re the defending state champions, and they certainly didn’t disappoint,” F/E coach Jason Marsh said of the Wolfpack. “They’re well-coached, they’ve got some great athletes there. That was a great football game to be a part of.”

Hinsdale went 16-of-34 for 166 yards and a second-quarter TD pass to Matthew White to tie the game. The Titans, though, picked him off twice and added a third takeaway on a fumble recovery.

The Titans outgained Clymer/Sherman/Panama, 367-170, and had 23 first downs to the Wolfpack’s 10. They held C/S/P to a measly four rushing yards on 11 attempts while holding a 317-4 edge in that category.

Frank ran 24 times for 142 yards and a TD while completing 4-of-6 passes for two more scores. Clear added 92 rushing yards on 12 carries (plus the two receptions for 50 yards) while Jordan Grinols carried 10 times for another 56 yards.

“It was our ability to run the football,” Marsh pointed to as the difference. “Our offensive line has been playing really well week-in and week-out. We were able to move the football, we’re putting up really good rushing numbers. Tonight, we were able to get the passing game going a little bit — we took our shots when we needed to, when we saw the opportunity. As a group, I think we’re playing really well.

Added F/E’s first-year coach, whose team has outscored its opponents 87-18 in three triumphs, “We’re just happy with a nice win.”

Frank also had a team-best six tackles while Matt Peters and Wyatt Chudy posted 4 ½ and four tackles, respectively, for the Titans.

What could Jordan Love do for Packers as a rookie? Amid uncertainty, coaches won’t rule anything out

Except for a few afternoon clouds, mainly sunny. A stray shower or thunderstorm is possible. High near 90F. Winds WSW at 5 to 10 mph.