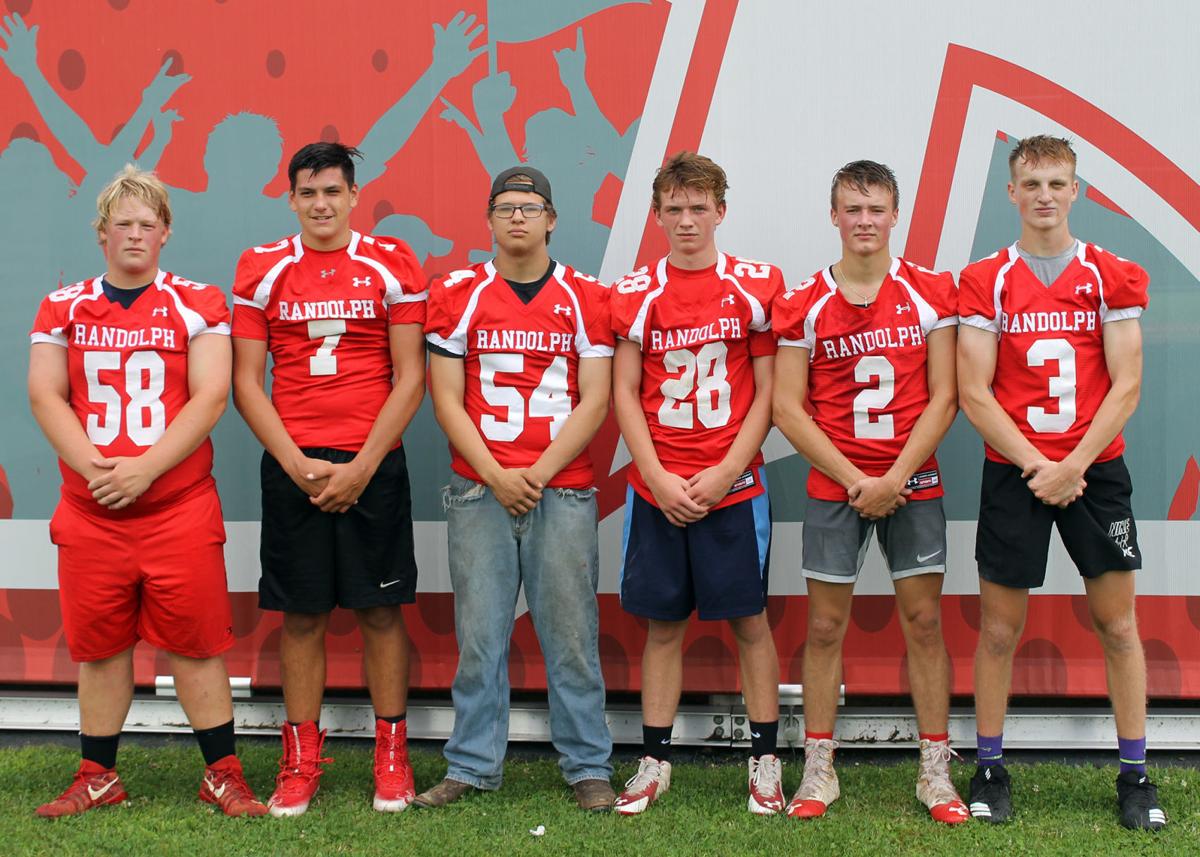 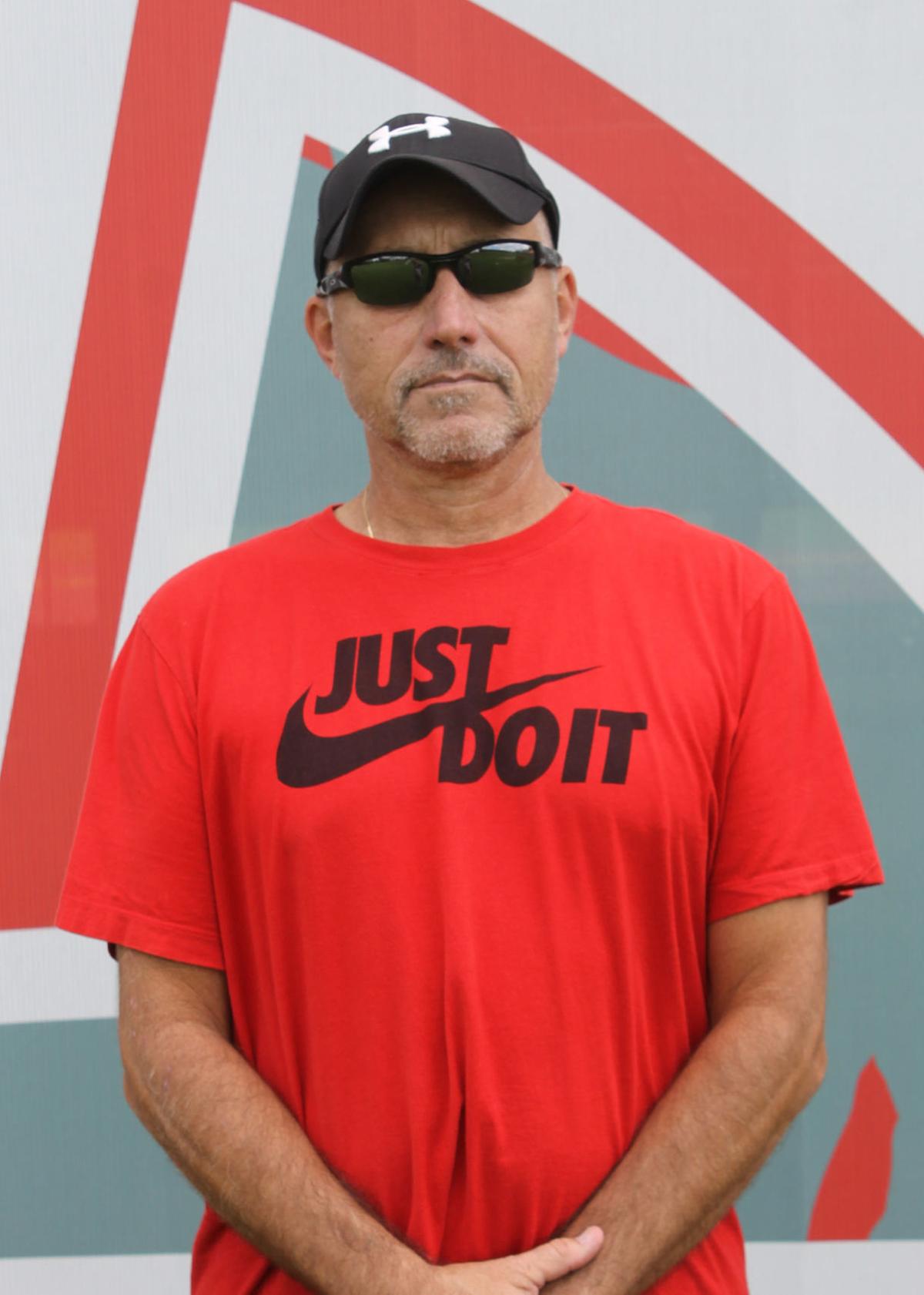 RANDOLPH — It’s safe to say this is the youngest team Brent Brown will have coached in his seven years leading the Randolph Cardinals.

Of course, when Brown took over the Cardinals, he inherited a defending state champion in 2013 and promptly led Randolph to a three-peat, winning New York state Class D titles in ‘13 and 2014 with deep, talented squads. While Randolph has not returned to the sectional championship round since, the Cardinals have enjoyed .500-or-better seasons each year under Brown, compiling a 43-18 record in his career, the last two seasons in a merger with Frewsburg. But with Frewsburg fielding its own team once again (albeit in eight-man football) this fall, the Cardinals are left with a mostly inexperienced team and the youngest of Brown’s career.

“We’re going to be young, but we’ve got a really good bunch of young kids,” he said. “So it’ll be fun. They’ve got a lot to learn.”

Randolph started the season with 22 players on its varsity roster.

The lower numbers have made practice look a bit different.

“Typically we have a separate JV team with starters and scout team and the same thing on the varsity,” Brown said. “We just don’t have enough to have scout teams for both, so we’re going to be doing some stuff together.”

Randolph will have an all-new offensive line with all five starters graduating. Jason Ploetz (center) and Christian Andrews return as letterwinners.

“We’ve got some size,” Brown said. “You take kids that were juniors last year that are going to be a senior this year like Ploetz, he’s going to get in there and play center, and you’ve got some kids coming up the JVs, they’ve been playing. And we’ve got a couple of young guys in there that just have good size. I don’t think we’ll be small up front, it’s just every week they’ve got to get better and they’ve got to get better, that’s all.”

Senior Tyler Hind, the Daemen College-bound RCS basketball star, returns as Randolph’s starting quarterback. He’ll be joined in the backfield by two experienced backs, Isaac Hind (his cousin) and Alex Finch, among others, and Josh Brown returns as a starting tight end.

“Last year he did a good job,” Brown said of his quarterback. “Obviously he’s got to continue doing what he’s doing, and we’re certainly going to rely on him a lot, especially in the beginning.

“We didn’t throw that much (last year) ... we’re Randolph. But he’s certainly capable, and we’ve got a couple of guys that can catch the ball. So if we have to go to that — and we may have to, with a young line, it might be tough to just run people over, we may have to throw a little more than the last couple (of years) — I think we’re capable of doing that.”

With only a handful of returning starters and lettermen, Brown needs those few to be leaders “and they have been all summer.” The Cardinals got a glimpse of their new lineup with some light scrimmage work over the summer.

“We did some 7-on-7, but we also did some scrimmaging with Falconer and Jamestown up at Strider (Field) with uppers, helmets and shoulder pads,” Brown said. “That’s relatively new, and it was awesome to be able to do. We get our base stuff in, we get a chance to do that, and those young kids, they held tough.”

“We had a decent bunch last year,” Brown said. “It was tough. The whole merge made it difficult last year because we just had a hard time getting everybody on the same page. But we had a pretty good group of kids, and up in the Cs, that was a good year. You get beat by Cleve Hill ... yeah. And we had some guys hurt too at the end of the season, so that made it tough. But it was a good year.”

Without the merger, Randolph returns to Class D this year, facing several familiar schools: Franklinville/Ellicottville, Salamanca, Cattaraugus-Little Valley and the defending state champions at Clymer/Sherman/Panama. Longtime RCS rival Maple Grove was originally slated to be in the league, but instead will play eight-man football, becoming the section’s second team to do so with Frewsburg.

The Cardinals will see two new coaches to start the season, visiting Salamanca on opening night, then playing host to Franklinville/Ellicottville in Week 2.

“I think it’s the deer in the headlights, we’ve got to get rid of that,” Brown said of what he needs to see opening night. “I haven’t seen it from them. We’ve done some stuff in the summertime, and they’ve responded pretty well to it. I think the more you do, they’ll start getting more comfortable, and I think when they get comfortable, you can play full speed, you can be a little more physical. Once we get to that point, I think we’ll be decent.”

In the closest thing to a rebuilding — or at least a transition — year in the Brown era at Randolph, he still plans to approach his goals the same way.

“It’ll take some time, and I think every week we’ll get better,” Brown said. “And we’ve always preached for years that every week we get better and then playoffs we want to be good, and hopefully that’s the road that we’ll take.”