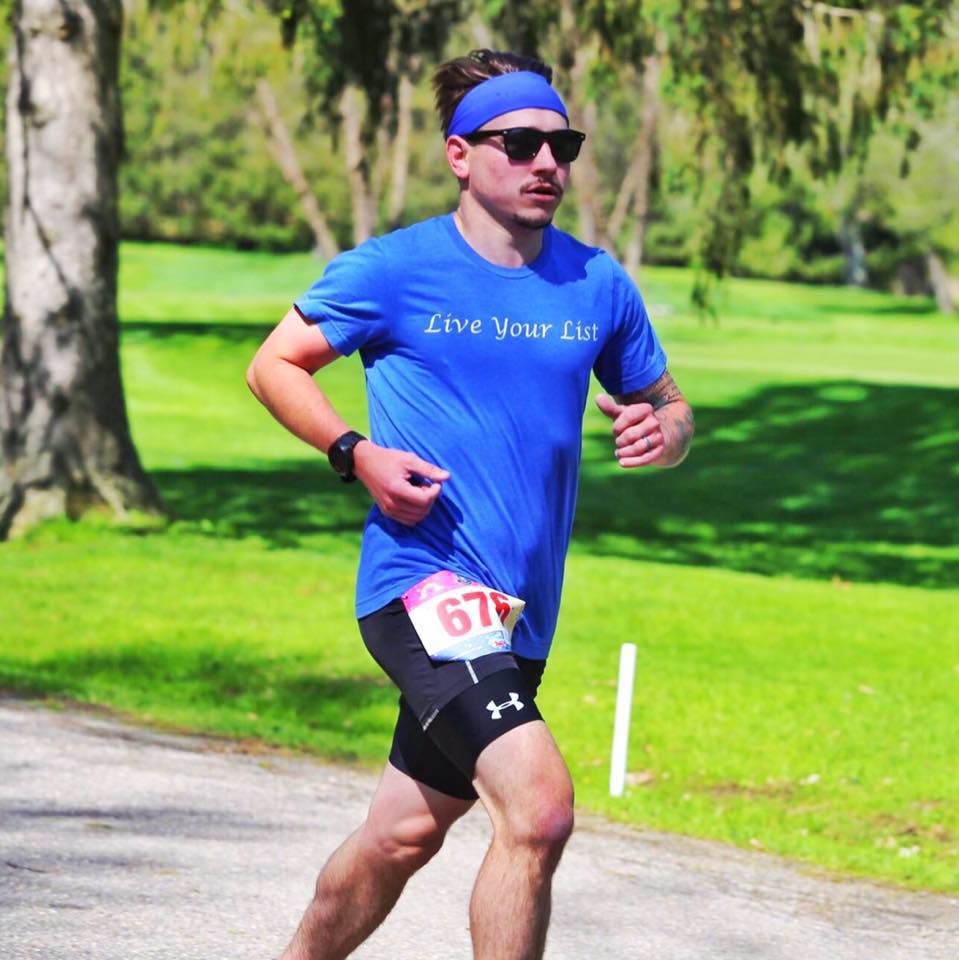 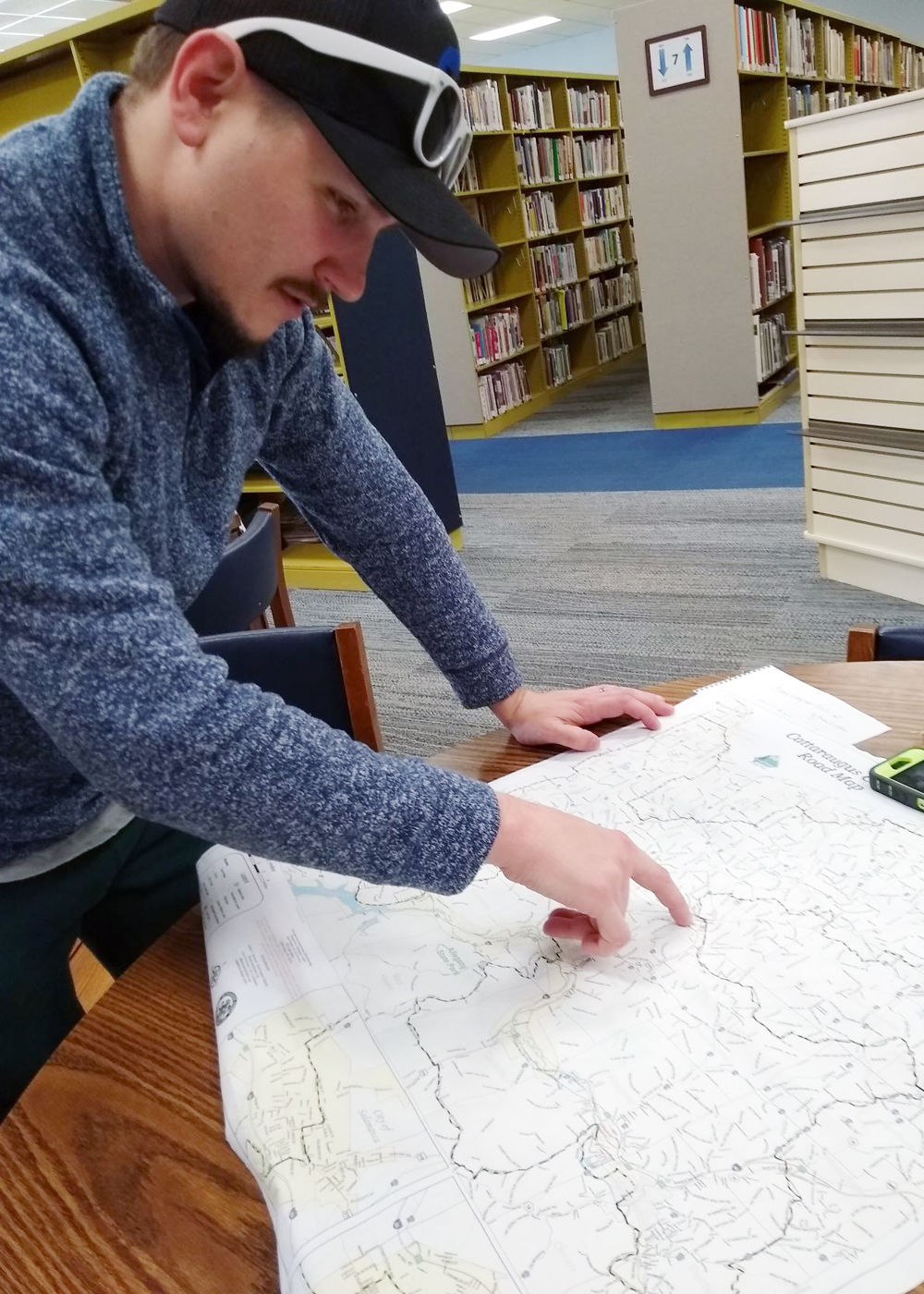 Bradley Poole of Salamanca points out the 266-mile route he’ll be taking around Cattaraugus County this summer to raise money for the Cystic Fibrosis Foundation.

Bradley Poole of Salamanca points out the 266-mile route he’ll be taking around Cattaraugus County this summer to raise money for the Cystic Fibrosis Foundation.

Every day we hear about regular people who do something that seems utterly unattainable to the rest of us, something that we’d never see ourselves doing.

Bradley Poole, 32, of Salamanca, is one of those people. He wants to run 266 miles around the circumference of Cattaraugus County in seven days, hoping to raise $100,000 for the Cystic Fibrosis Foundation.

His runs are scheduled for July 5-11.

Why cystic fibrosis, a disease that causes thick mucus to build up on the lungs and typically kills by the age of 40?

Because Poole himself has the disease, and he knows what it takes for its survivors to stay alive — his various treatments consume several hours of his life each day.

He’ll have breathing treatments before and after the run each day, as well as at once more at night. He wears a high-frequency chest wall oscillation vest two hours each day that shakes the chest and loosens and thins dangerous mucous buildup. He ingests 50-plus pills every day.

“Even doing those things won’t guarantee me a free ticket to 40,” Poole said, who calls himself a “CF Warrior … We have to battle every single day to stay alive.”

Poole had been plagued with behaviors he felt compelled to do since he was 10 years old. At 14 he was having suicidal thoughts and reached out to his father and guidance counselors, but remained undiagnosed.

“By the time I was 17, 23ish, I was drinking five or six days a week, blacking out,” Poole said. “I was hospitalized five times between 20 and 23 due to drinking.” When his dad died when Poole was 23 he said “that was like a wake-up call.”

His dad had had custody of Poole’s six-year old nephew, Elijah George, and now the boy was Poole’s and his wife Stephanie’s, responsibility.

Poole admits he “hit rock bottom,” when he was 28 and had a nervous breakdown. He had not wanted to tell his wife of nine years that something was wrong. He was afraid she would think he was crazy and he worried about the stigma.

Ending up in the Cystic Fibrosis Clinic in Buffalo at Oishei Children’s Hospital, he was finally diagnosed with obsessive compulsive disorder and it’s under control.

Now, physical activity and a healthy diet full of proteins, fluids, fruits and veggies is important to Poole, who’s a physical trainer — but it wasn’t always that way.

“I do it because exercise impacted my health for the better,” he said. “I want to help people.”

Poole thought of running 13 half-marathons, but when his sister, Lauren Poole, came up with the idea of running around the county, he knew he had it.

Training with running coach Mark Wilson of Cassadaga, Poole will run 38 to 42 miles each day, with a start time of 5 a.m. and ending each day between noon and 1 p.m.

A celebration event will be held at 5 p.m. July 11 at the Ellicottville Distillery. Tickets are $10 per person and children under 5 are free. Tickets can be purchased through Brad or pay at the door. There will food and live entertainment.

Poole also takes his show on the road to local schools and has a goal of reaching students in every school in Cattaraugus County.

“I’ve been to Hinsdale,” Poole said. “I’m supposed to be in Franklinville, Ellicottville, Salamanca in a couple weeks to share my story.”

Poole is hopeful for the future, saying “there are a lot of new really good meds out there like Trikafta that treats underlying conditions instead of symptoms and 90% of the CF population can take it.”

He’s also hopeful for the future of the Running for a Cure. He’s thinking of an annual event that’s more challenging.

“Swimming. Biking. Maybe not just New York state but other states as well,” he said thoughtfully.

If you’d like to support Poole in his effort with individual donations, sponsorships or fundraising events, visit passion.cff.org/runforacure/bradleypoole or facebook.com/266forCF.

Kudlow: Just go back to school ... it's not that hard

Hear Roger Stone talk about his call with Trump