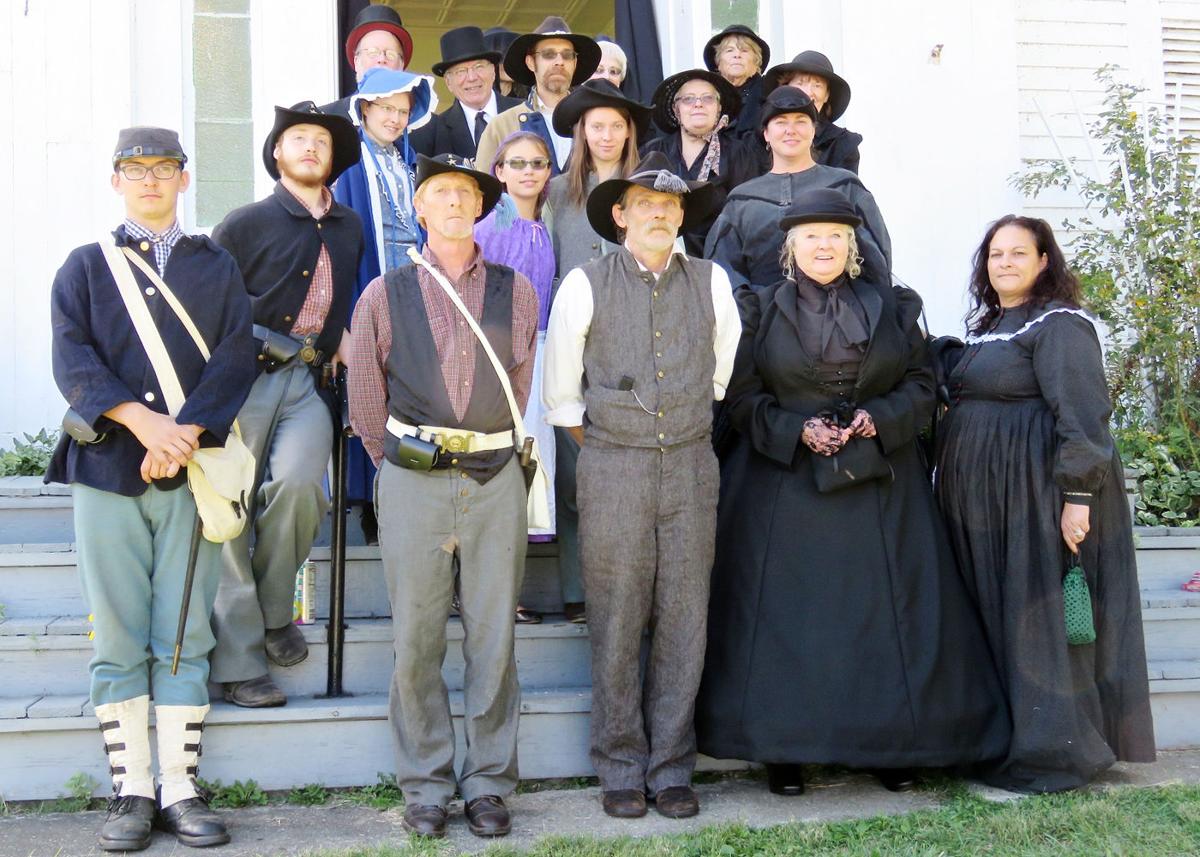 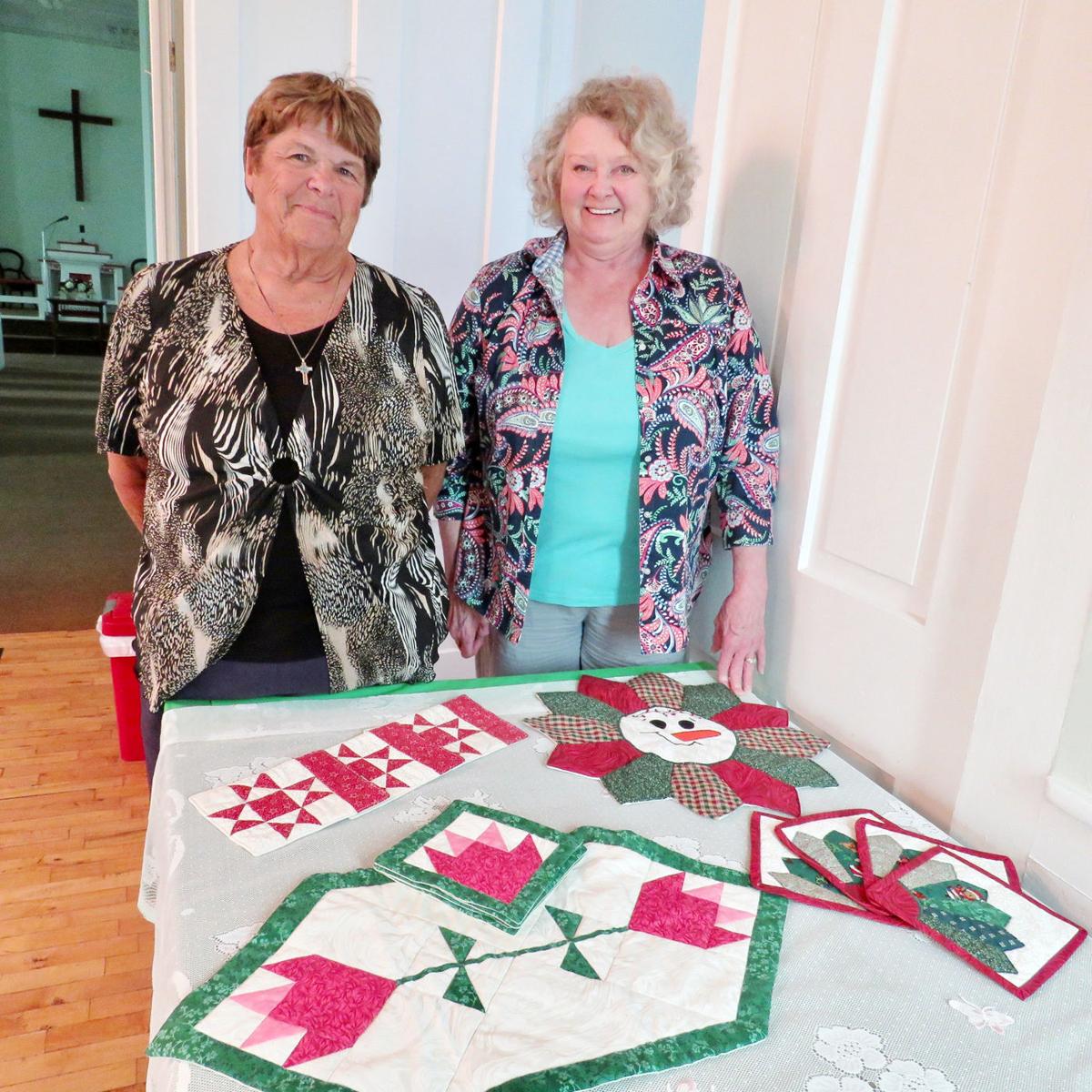 The Leon Historical Society operates a museum and a church supported by tours of the Amish country, classes, and donations. Members Pat Bromley (left) and Myra Johnston stand by a table where several Amish Folk Art samples are on display. A new class begins Sept. 7.

The Leon Historical Society operates a museum and a church supported by tours of the Amish country, classes, and donations. Members Pat Bromley (left) and Myra Johnston stand by a table where several Amish Folk Art samples are on display. A new class begins Sept. 7.

LEON — A small group of dedicated people who love their town’s heritage make up the Leon Historical Society. This tiny, volunteer-run organization operates a museum and a church, as they play an important role in promoting and preserving the history of their town.

Located in the heart of Cattaraugus County’s Amish Country where a huge population of Old Order Amish reside, this historical society unique. According to Pat Bromley, town historian for nearly 22 years, 80 percent of the town’s residents are Amish.

Bromley is also a member of the Leon Historical Society. Myra Johnston, the organization’s treasurer, has been a member for eight years. Both women live in the Leon area.

Johnston said the success of the historical society is due largely to its members and the cooperation between them and the Amish. She said the society would never be

able to accomplish some of the projects they do without the assistance of the Amish community.

“The main ingredient here is community spirit. We all work together,” she said. “Two years ago, we put a new roof on the grange hall. We raised the money with quilting classes and different projects to buy the supplies. Then the Amish came and helped us put on the roof.”

Founded in 1978, the Leon Historical Society owns and maintains the Leon Methodist Church, built in 1836, and the Leon Grange Hall, built in 1903, that houses the museum. The two historic landmark sites located along Route 62 are listed in the National Register of Historic Places.

According to Johnston, the historical society has owned the church since 1978 when Erwin and Bertha Millspaw, a former town historian, saved the building that had been left in disrepair and was about to be torn down. She said the floors, woodwork, tin ceilings and windows are all original, with the exception of a couple of panes that have been replaced.

“We’d like to see this 1836 church and grange hall stay around and be active,” she said. “We’d also like to make improvements. There’s quite a lot of upkeep for the buildings and they have to be kept heated or they will deteriorate quickly.”

Thanks to their membership and the Amish Trail, the historical society is able to offer special programs at the church, which is also used by the Celebration Church of Cherry Creek for their church services every Sunday.

One of the society’s most popular events is their annual “Christmas at the Historic 1836 Church” in December. They also periodically host special programs with guest speakers. Della Moore from the African American Center for Cultural Development, in Olean, recently presented a program about the Underground Railroad.

Perhaps the town’s biggest claim to fame is the former Pennyroyal Race Track that began as a horse race track around 1870. After World War II, it became the focus of automobile racing. In its heyday, the dirt track was once considered “the fastest half-mile track in Western New York.”

Pennyroyal became the springboard of NASCAR winners including the late Lloyd Moore, of Frewsburg, and the late Bill Rexford, of Conewango Valley, who won the NASCAR Grand National championship race in 1950, now known as the NASCAR Sprint Cup Series. Only the pond and access road are visible today. The museum has memorabilia about the Pennyroyal on display.

IN APRIL 2018, the historical society celebrated the 200th anniversary of the town’s first settler, James Franklin, and its earliest history. A series of special programs, exhibits and events were open to the public throughout the year. A new sign was dedicated to honor Franklin, a Revolutionary War veteran, at the Leon Hollow Cemetery. Then State Sen. Catharine M. Young presented Johnston, Franklin’s fifth great-granddaughter, with a Legislative Resolution commemorating the bicentennial anniversary of Leon’s first pioneer settler.

Johnston said the Amish Trail has been a big boost for their historical society financially. They support their organization and the upkeep of their buildings with two-hour tours of Amish country, classes and donations.

Bromley is one of three guides who takes guests on an up-close and personal look into the lives of the Amish. She said the historical society has an excellent relationship with the local Amish community.

“That has always been our focus — to bring information and the Amish values to the general public,” she said. “I told Bishop John Miller, ‘I come to you because I respect your community and what you are doing. I want to follow your example.’ So, I don’t do anything without talking to him because it’s just easier. I think we’ve had a good rapport with him and the rest of the Amish community.”

Johnston said the Amish ladies who demonstrate quilting on the tour also instruct at their Amish Folk Art classes. She said recognizing these talented ladies as Amish artists is a big deal because several of them make quilts that are sold in Lancaster, Pa.

Beginning in September, the Leon Historical Society will present another installment of their series on Amish Folk Art classes, with a history of American and Amish quilting. For more details and to register, call 257-5272 or 296-5709.

The classes are scheduled as follows:

Amish tours are available year-round by reservation only. The church and museum are open every Saturday, May through October, from 11 a.m. to 2 p.m. or by appointment. For more information, visit online at leonhistoricalsociety.webs.com and Facebook, or contact Bromley at 296-5709 and brompl@lanetv.com.

Deontay Wilder on his humble boxing beginnings and his daughter