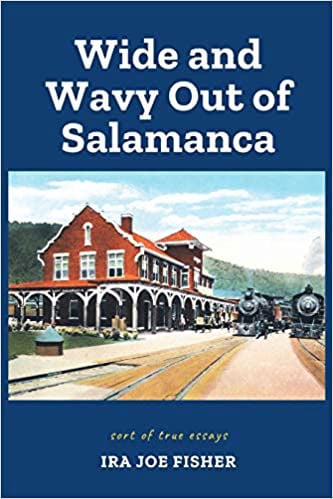 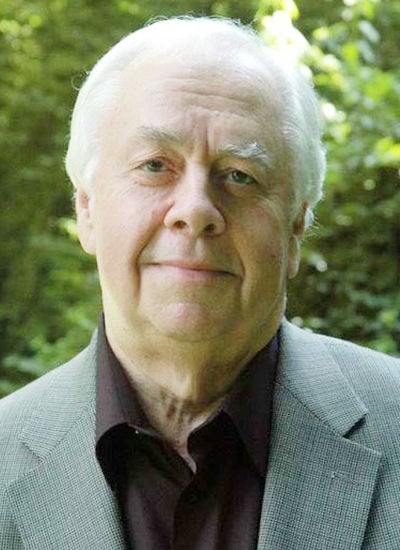 RIDGEFIELD, Conn. — From Cattaraugus County to national journalism, professional theater and TV screens around the world, Ira Joe Fisher is going back to his roots for his latest book.

“Wide and Wavy Out of Salamanca: Sort of True Essays” muses on boyhood, school and travels up, down and across America. As a writer, Fisher notices our world and relays his “noticings” in prose written with a smile and a wink.

The title comes from Fisher’s memory of taking a ride in a train out of the former Erie Depot in Salamanca, N.Y., on a field trip to Olean, N.Y., in the second grade.

“As a little kid sitting on that train as it moved out of the station — the first time I had ever been on a train — I felt it was wide and wavy as it left Salamanca,” Fisher explained in a recent conversation with The Press. “It launches a long reminiscence and a serious piece of reporting about the many trips I’ve taken by train in America, in Japan and around the country interviewing old railroad people.”

Raised in Little Valley, N.Y., Fisher is a master wordsmith and storyteller. In his new book of essays, he shares tales about growing up in America in a different time and traveling through the nation and the world during the past few decades.

“The book is reminiscing about growing up in Cattaraugus County and where life has led me since I left that area,” he said. “It’s a collection of essays I’ve written down through the years for magazines and for newspapers. … It’s a real potpourri of thoughts and encounters with various places and people.”

Fisher is also an Emmy Award-winning journalist, recognized for his work in network TV. After broadcasting stints in Spokane, Wash., and Cincinnati, Ohio, Fisher returned to his home state of New York, serving as a weather and features reporter at WABC in New York City from 1983 to 1985. During this time, he also appeared daily on “Live with Regis and Kathie Lee.”

In addition to a radio and television broadcaster, Fisher is also an actor, performing on the New York stage in the long-running hit musical, “The Fantasticks,” and in the film “California Girls.”

But with “Wide and Wavy Out of Salamanca,” Fisher looks back to his youth with memories of his time in Salamanca, Little Valley and other local communities.

“My feeling about being a writer, being a poet, is a poet is a noticer and all my life I have noticed things,” he said. “At an early age, I was aware of the beauty of those hills (in Cattaraugus County) but also the treasure that were the friendships that I had the good fortune to be blessed with — the people I grew up with. The book is dedicated to Fisher’s childhood friend, Robert J. Miller.

A prolific writer and poet, Fisher has been published extensively in magazines and literary journals and has published several books of poetry, including “Some Holy Weight in the Village Air,” “Songs From an Earlier Century” and “The Creek at the End of the Lawns.”

“It has been my desire to always word my words with what I consider to be poetry,” he said. “I mean simply the burnish of language that is respected and I hope employed in a poetic way, in the same way that F. Scott Fitzgerald is poetic.”

Since moving around the country and the world, Fisher said he has been back home to visit many times, most recently in 2019 to attend the Cattaraugus County Fair with his family.

“Wide and Wavy Out of Salamanca: Sort of True Essays” is available for purchase online through Fisher’s local independent bookstore, Books On The Common, at Amazon and at Barnes and Noble.

For more information or to purchase Fisher’s books, visit www.irajoefisher.com.