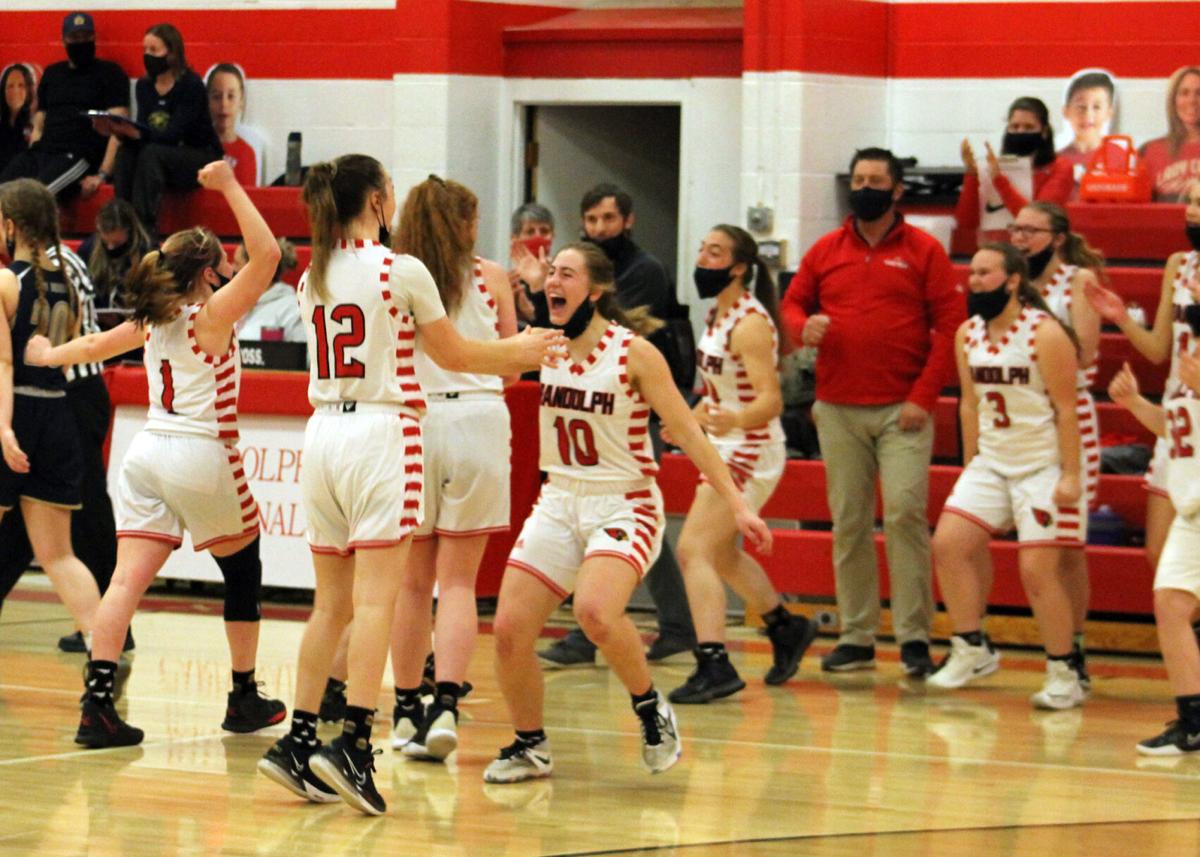 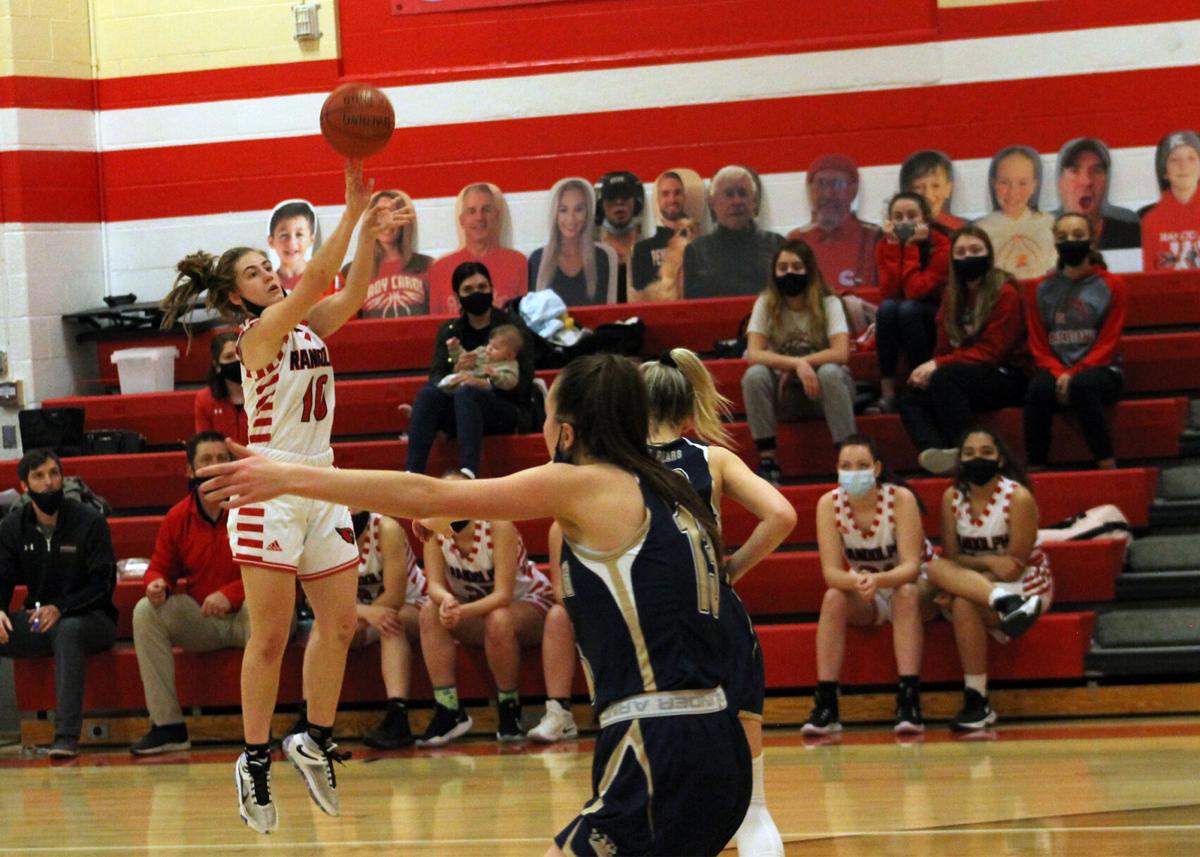 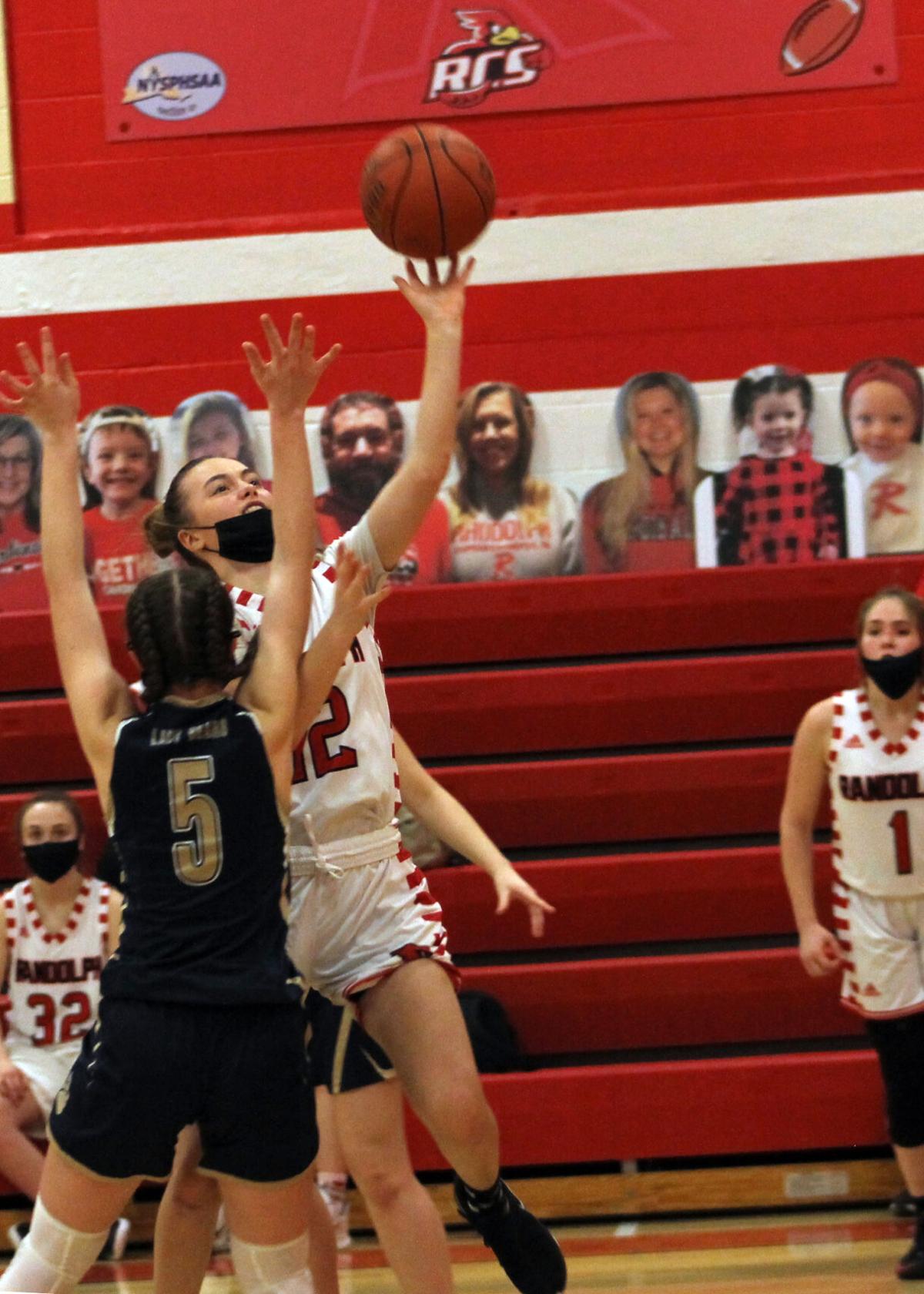 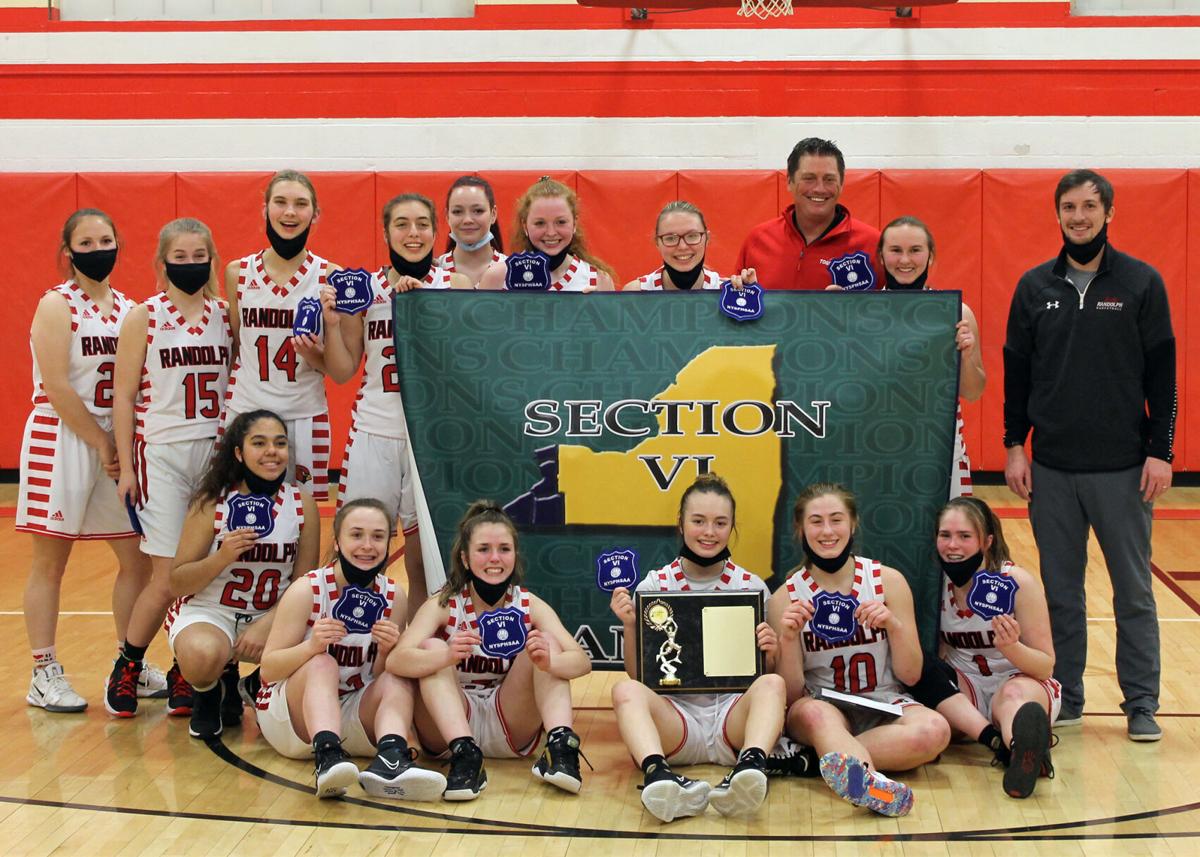 The Randolph girls basketball team celebrates with the Section 6 Class C championship banner after defeating Frewsburg in the championship Friday night in Randolph.

The Randolph girls basketball team celebrates with the Section 6 Class C championship banner after defeating Frewsburg in the championship Friday night in Randolph.

RANDOLPH — Sydney Hvizdzak got the individual milestone out of the way early. Then she went to work securing the ultimate team goal, finishing off a perfect senior season leading the Randolph girls basketball team.

Hvizdzak scored her 2,000th career point in the first quarter of Randolph’s Section 6 Class C championship victory over Frewsburg on Friday. The Cardinals build a strong lead, as much as 18 points, before holding on in a one-score game in the fourth quarter, winning 56-52.

Hvizdzak helped seal the game with a pair of free throws — after teammate Kyra Pence tapped out an offensive rebound on a missed free throw — with the Cardinals’ lead down to 54-52 in the final minute. She made both, for her 33rd and 34th points, Pence grabbed a steal on Frewsburg’s final possession and Randolph dribbled out the final seconds on the victory.

“It's really crazy, from the start we made this our goal,” Hvizdzak said after winning her final high school game. “We wanted our year up on the wall because (the) COVID season made it short. So we knew that regionals and states weren't a possibility, but for my senior year, (coach David Pihlblad) said we're going to get you a banner up there. So it was super fun. And it was crazy because this team has such good chemistry, everybody gets along. We're all best friends on the court.”

Payton Morrison chipped in 11 points for the third-seeded Cardinals.

Hvizdzak made 13 field goals, including four 3-pointers, showing outside touch and relentless ability to attack the basket in transition.

“Every game this year she was the best player on the court. We challenged her and said, ‘Sydney, they're going to do stuff to try and stop you.’” said Pihlblad, the Cardinals’ first-year coach. “Every team has done it all year, and she's just a baller. She goes out there and she plays: biggest stage, last game of her career, no matter what. She probably played her best performance. We got down early and she just took over, the middle of the first quarter she just got layup after layup after layup and set the tone for the rest of the game.”

Randolph finishes undefeated at 18-0. In any other year, the Cardinals would be on their way to the Far West Regional to play for a spot in the state semifinals. Instead, they finish never knowing if they could have fought for a state title.

“You always have the what-ifs, but we said from the beginning of the year it wasn't a possibility,” Pihlblad said. “Obviously it would have been cool in a normal year to see what we could have done. But this was our goal, we achieved our goal, we went a perfect season and we're not going to ever think about it because we did what we wanted to do and it was about as good of a season as you could possibly ask for.”

The win gives Randolph its 10th sectional title in school history and its first since 2015, the senior year for another 2,000-point scorer, Mckenna Maycock. Hvizdzak said she grew up watching Mckenna and her sister Marah as a ball girl for the Cardinals and joined them in elite company on Friday.

“I was just always wanting to do that and then when I heard the season was getting short, I was like, ‘Oh I might come up a little short,’” she said. “But it was really cool. And now it’s really great to be up there with the both of them.”

Hvizdzak said she burst into tears upon learning she was only five points away from 2,000 after Wednesday's semifinal victory over Chautauqua Lake. But she easily put any emotions over the milestone aside after reaching the mark in the first quarter on Friday and focused on the bigger goal.

“My team becomes before me, I've always been one of those players,” she noted. “I always want what's best for other people and I knew that the banner up on the wall would mean a lot more than my name in the banner in the locker room. That's pathetic, I don't need that.”

Of course, Hvizdzak didn’t do it alone. The Cardinals closed out the game largely due to defense, and timely rebounds like the one Pence saved to set up Hvizdzak’s big free throws.

“Our theme of the year was defense, defense, defense,” Pihlblad said. “We struggled there at the end of the third, fourth, we looked a little tired there, made some mistakes. They played well. Frewsburg is a really good team, they took it to us there and we got two stops at the end when we needed it. That was the difference.

“It's fitting that (Pence) was the girl that did the dirty work in there. She doesn't get the stats all the time. She dives on the floor, she just balls. She plays so hard and that was the difference. If we don't get that rebound, they could go down and win the game. Sydney was huge, stepped up and made some big shots.”