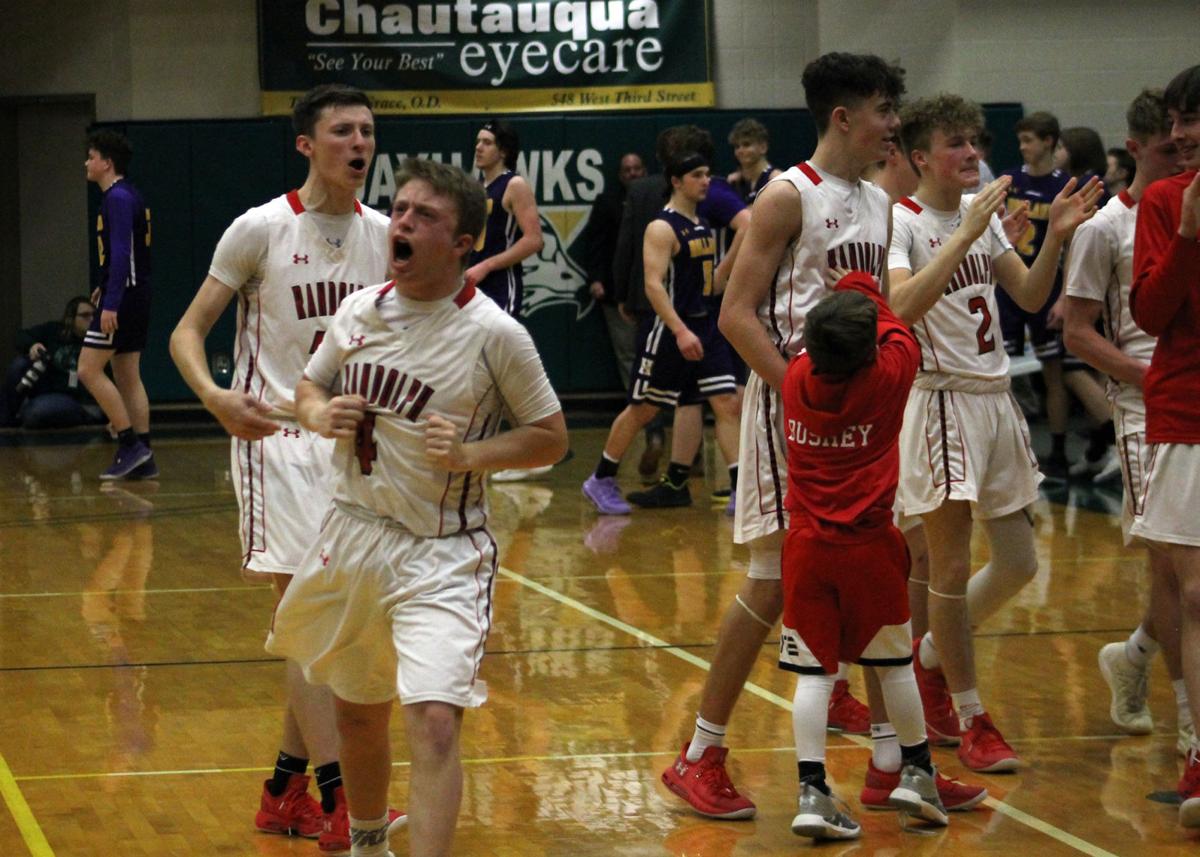 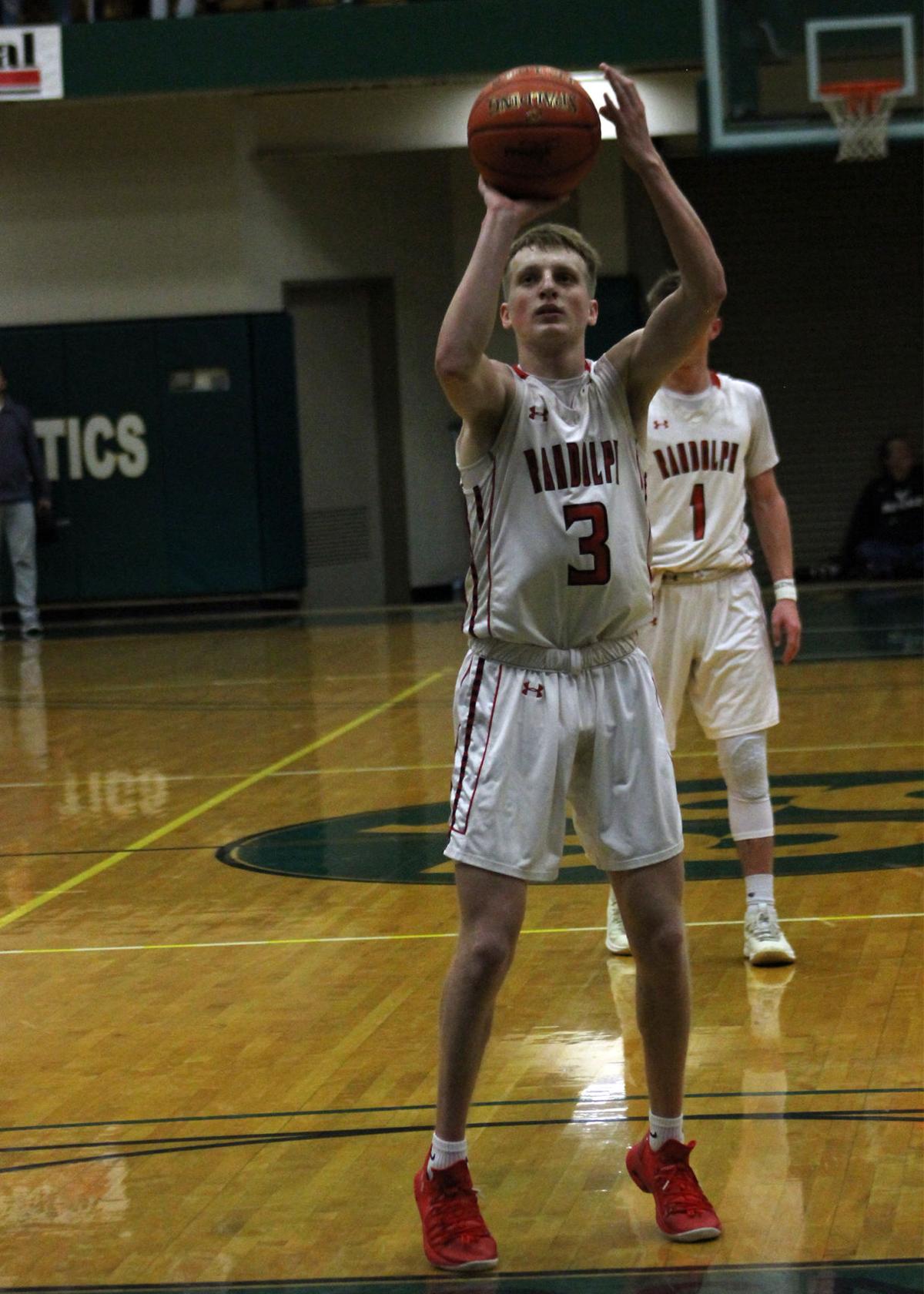 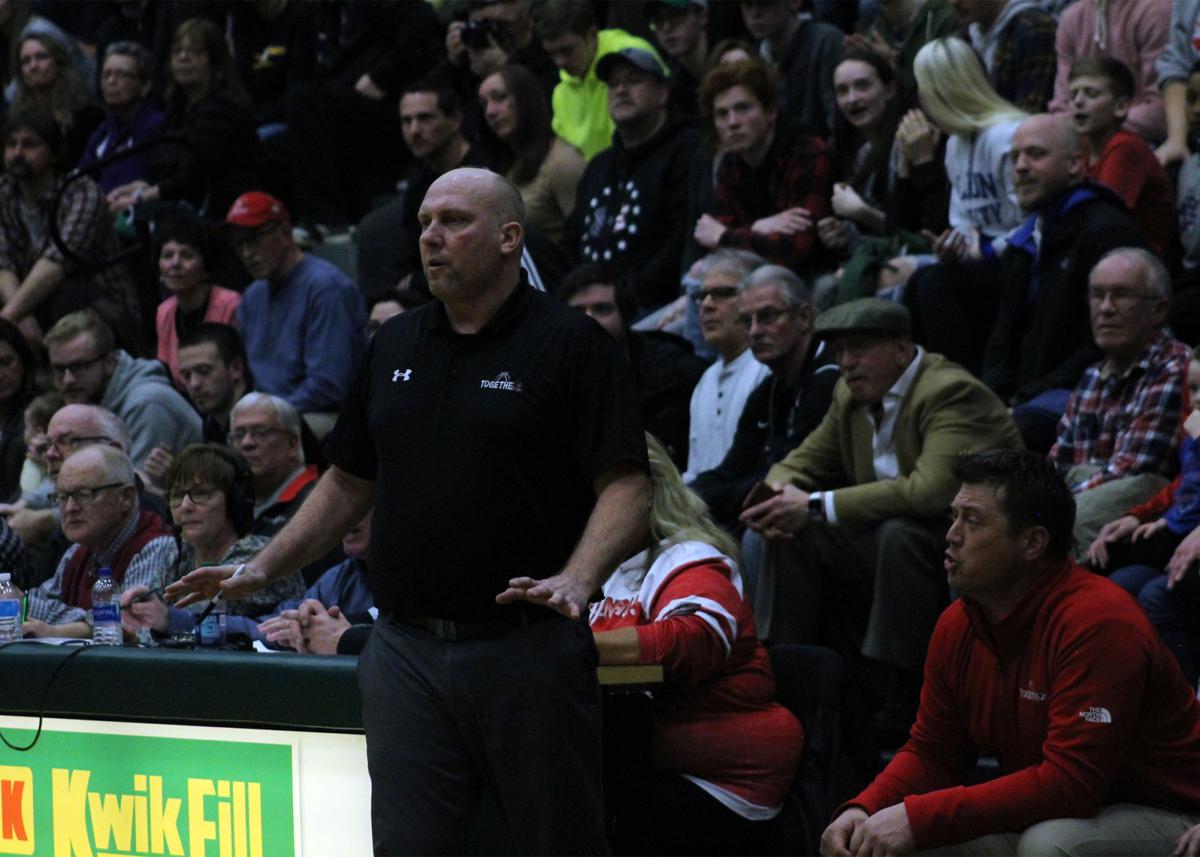 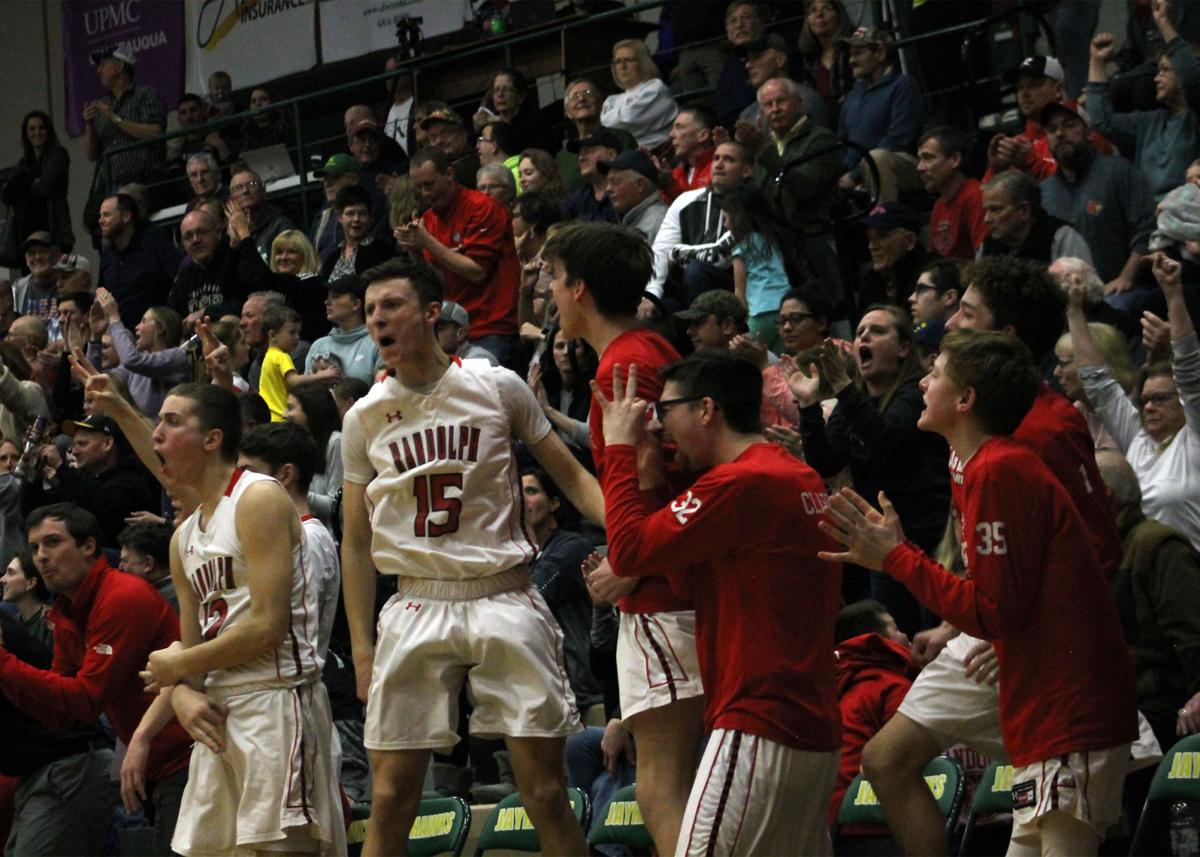 The Randolph bench reacts after a go-ahead three-pointer in the closing minutes of the Section 6 Class C2 boys basketball championship Friday night against Holland at Jamestown Community College. 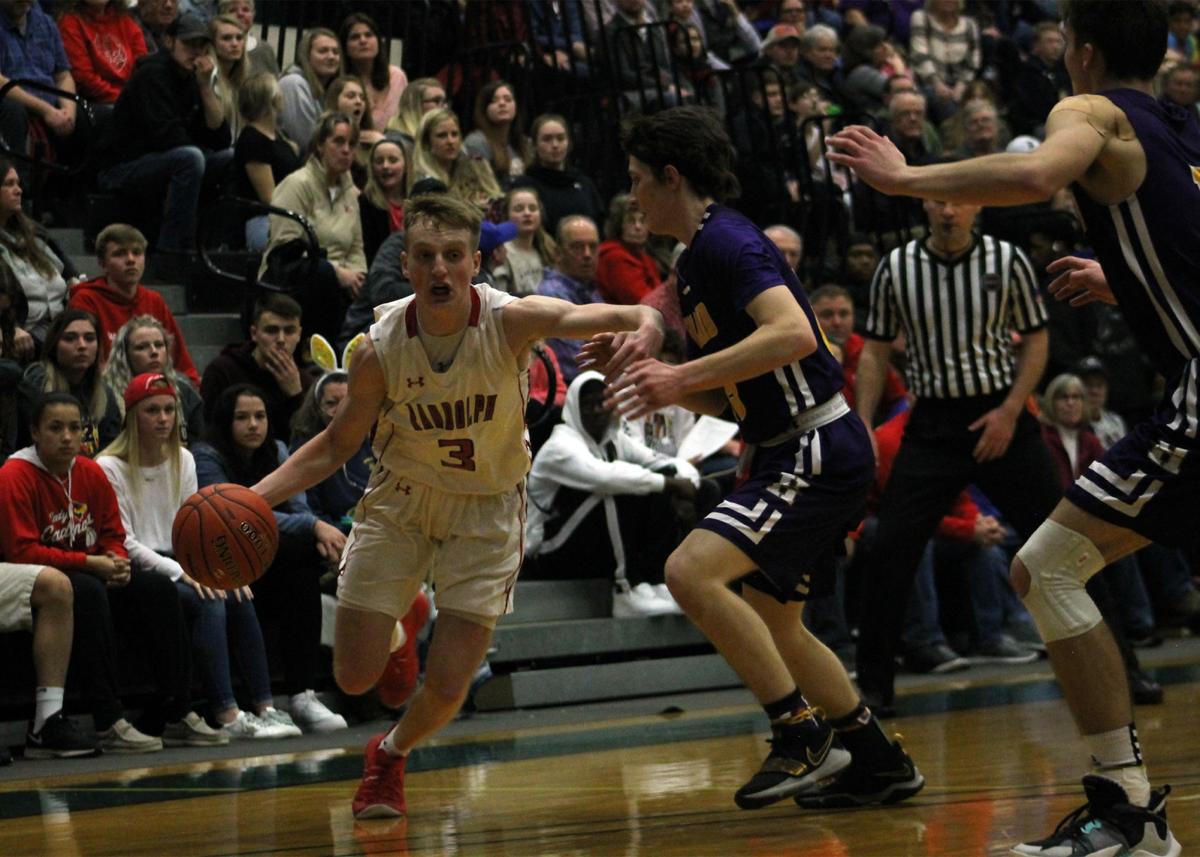 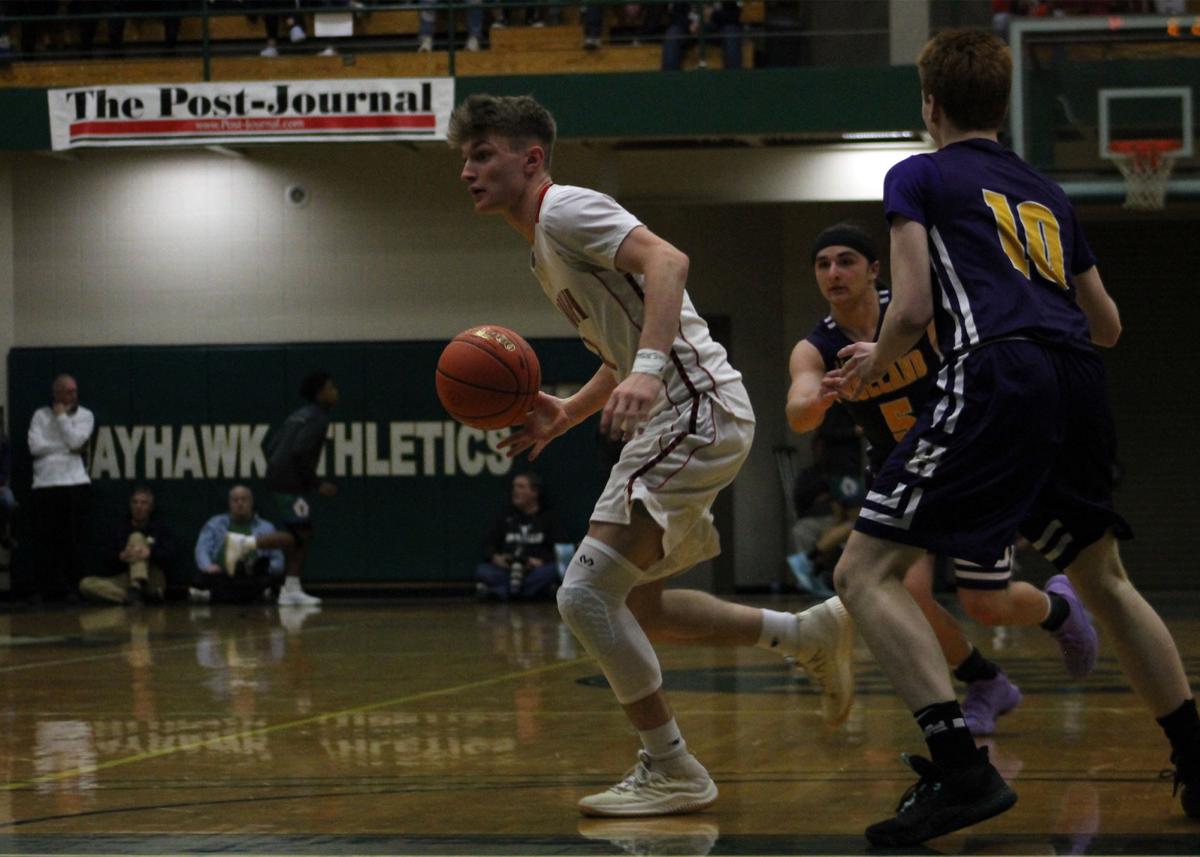 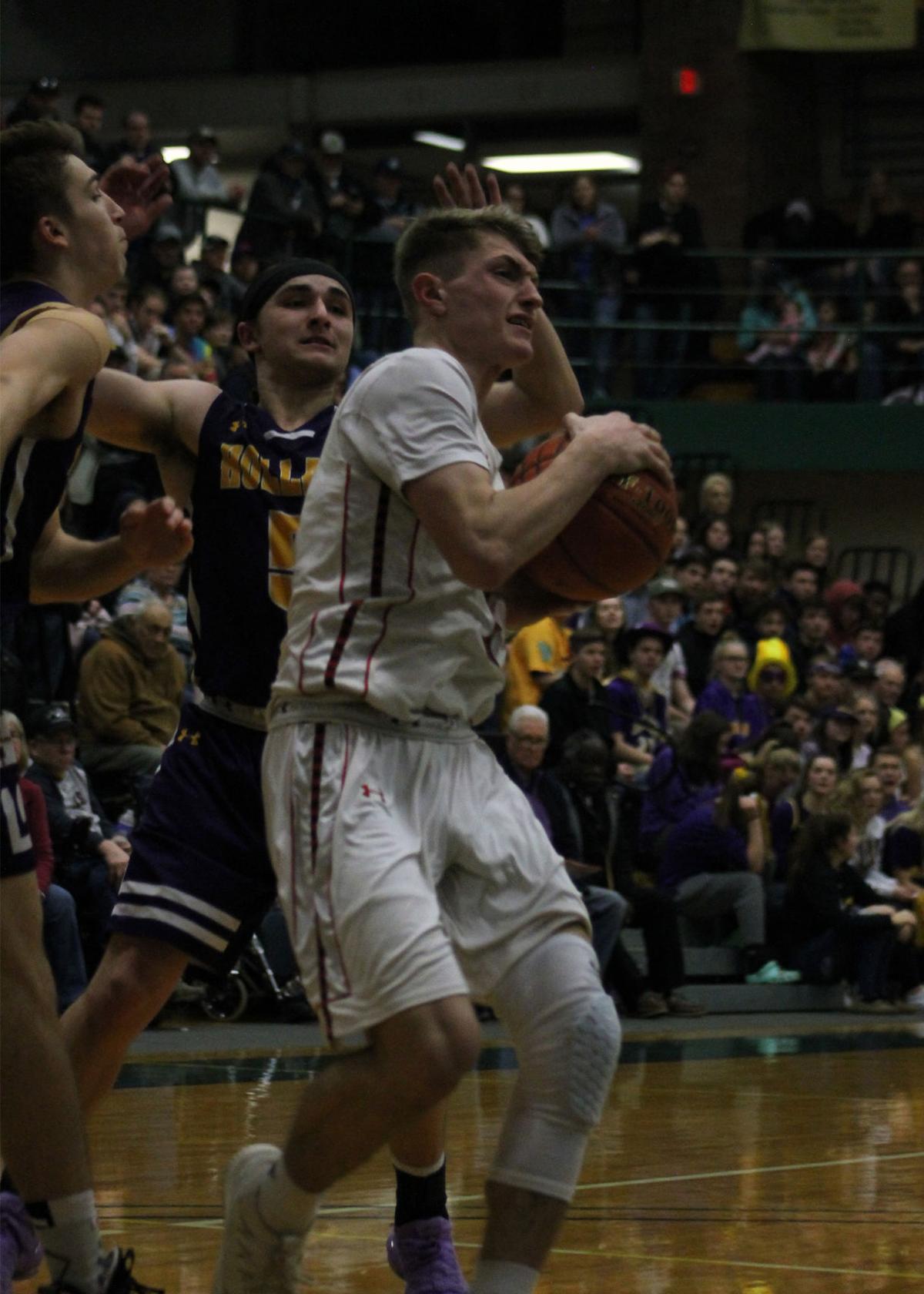 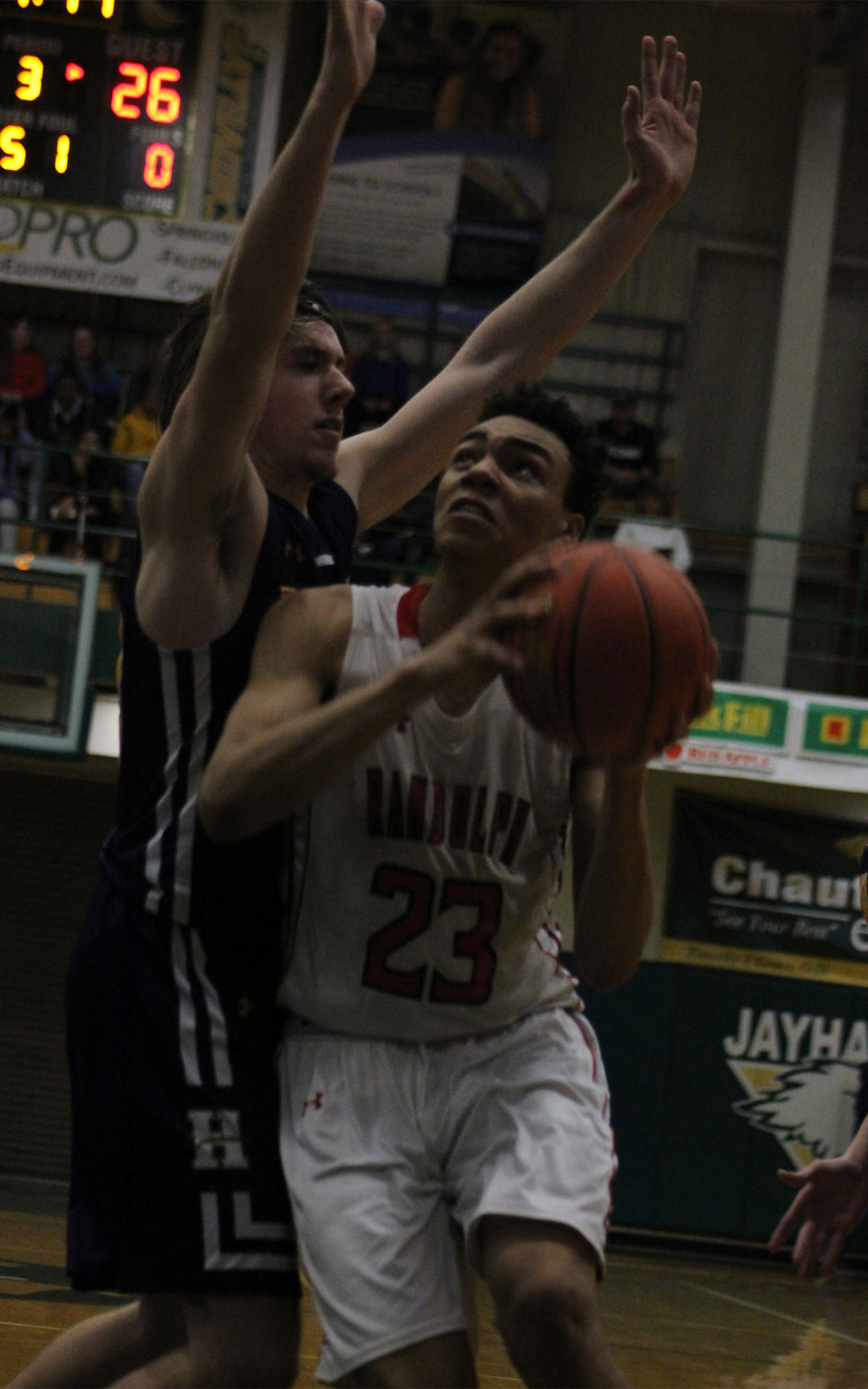 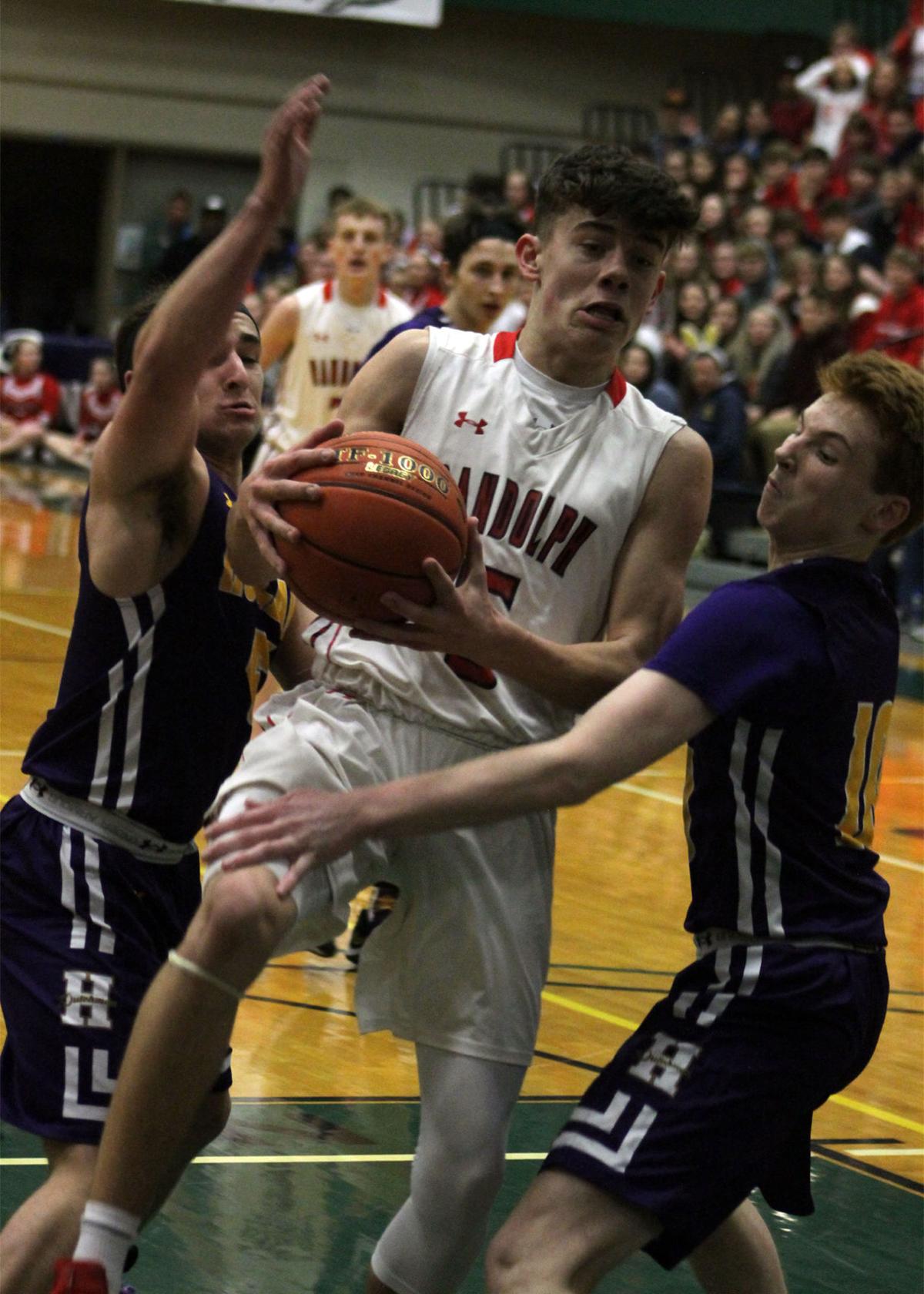 The Randolph bench reacts after a go-ahead three-pointer in the closing minutes of the Section 6 Class C2 boys basketball championship Friday night against Holland at Jamestown Community College.

Senior guard Branson Morrison made the deciding shot, sinking a three-pointer for his first field goal of the game, giving Randolph a 47-46 lead with 1:35 to play, and the Cardinals held on for a 49-46 C2 final victory over Holland at Jamestown Community College.

Morrison stepped into the open shot on a pass from Ashton Bushey and didn’t hesitate.

“‘Just go in, make one.’” Morrison said he thought as he took the shot. “That's all: make one. Nothing really, it's just another shot, just a game of basketball.”

Despite constant double-team pressure from Holland, senior Tyler Hind scored a game-high 24 points for top-seeded Randolph (22-1). Another senior, Kaleb Steward, helped seal the game with a steal with under 10 seconds remaining, then Hind iced the game with two free throws.

“I missed two free throws so I had to make up for it,” Steward said.

“Kaleb comes back with the biggest defensive play of the game, just making up for it and he didn't waver once from what he does,” Tyler Hind said. “That's exactly what he does is make big plays on defense and doing other stuff.”

Classmates of his son, Randolph coach Kevin Hind has watched Steward and Morrison play with Tyler for a decade.

“Kaleb could be a junior, so he was always smaller and a year younger but I kept him involved in everything we did, every AAU team through probably seventh or eighth or ninth grade and then Kaleb switched over more for soccer,” Hind said. “But for years and years those two would travel around with us and anything I had going with Tyler, they were there with him. They've played a lot of basketball. Kaleb's a good basketball player. Branson's the greatest teammate you could ever ask for, he stays positive, he's the heart and soul of the team.”

Kevin Hind said he put Morrison back in the game for the final four minutes, deciding his team needed more offense.

Holland took a step forward this year after losing to Randolph in the C2 semifinals, 62-39, last winter.

The Cardinals have yet to lose a game in Western New York, with their only loss this season being at Rochester East. Not every game has been pretty, but they haven’t had to be.

“Any team that's ever done anything great, there's going to be a game like this where you had to squeak it out or you didn't have your best game and you put it together, you figure out a way to win,” Kevin Hind said.

“There was a look on our guys' faces down the stretch, we had three seniors on the court, definitely,” Hind added of his senior leaders. “Having Ty and Kaleb on the court, and then Branson, that was huge. Even though things were going rough for Ty, eventually we did enough on the defensive end.”

After winning its third sectional title in four years, Randolph will face Middle Early College in a rematch of last year’s Class C crossover state qualifier on Tuesday at 5:15 p.m. at Buffalo State College. Tyler Hind said the Cardinals will play with the same kind of “chip on their shoulder” that Holland had in Friday night’s C2 rematch.

“We knew that coming in, them losing to us last year, just like us having a chip on our shoulder with Middle College, they had a chip on their shoulder with us because we beat them last year,” he said. “So they were going to play as hard as they possibly could because five seniors, I played as hard as I can because I don't want that to be my last game and that's what they were all feeling too.”

Talkin' about practice: Whatever misfired last week must change quickly with Iowa looming