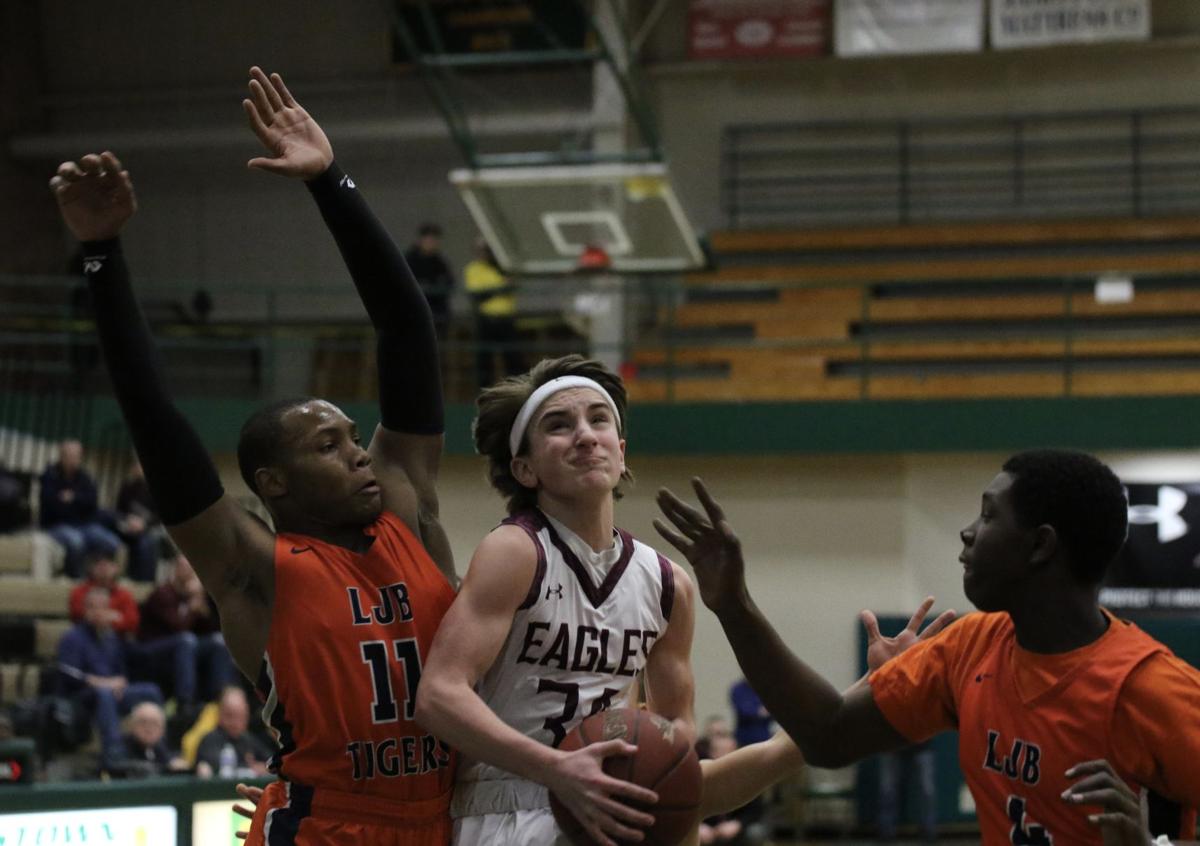 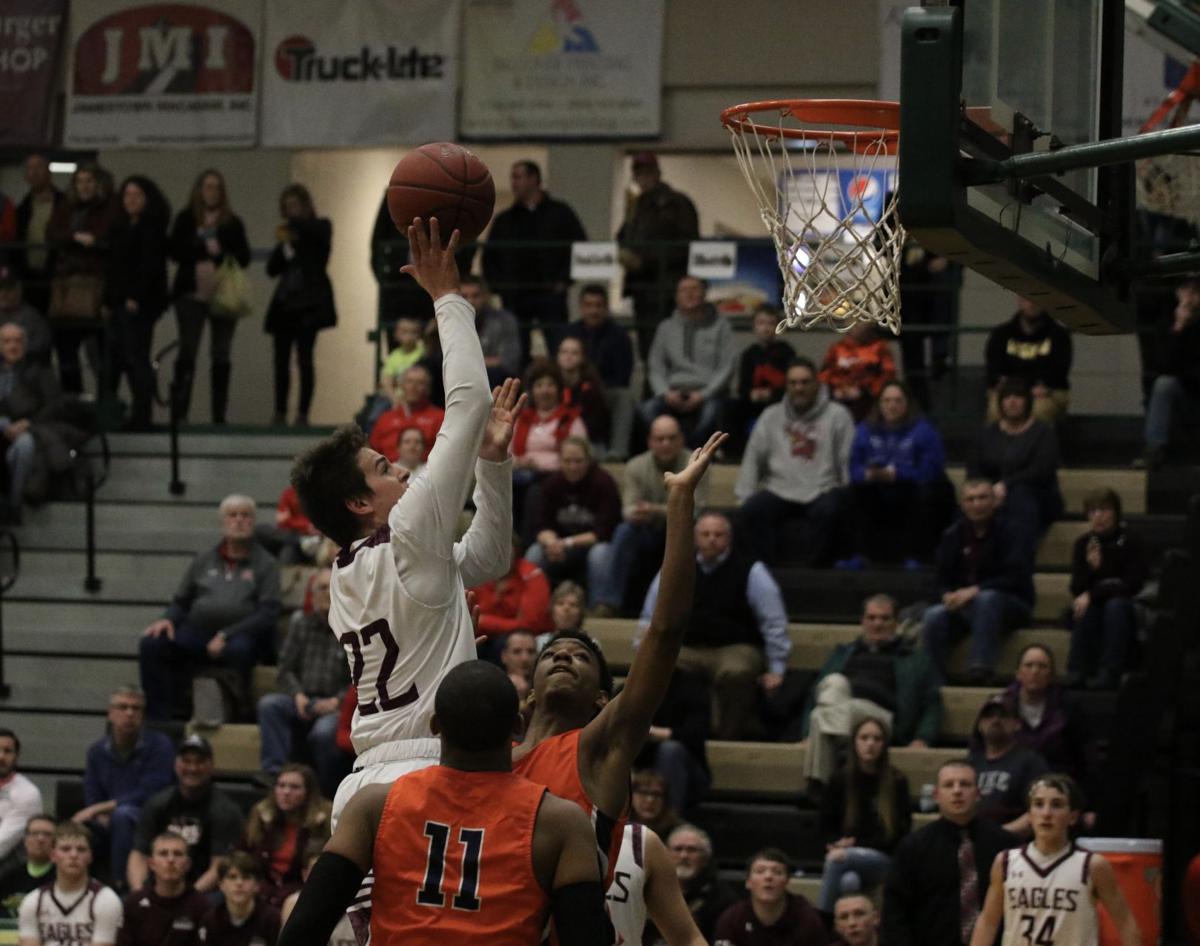 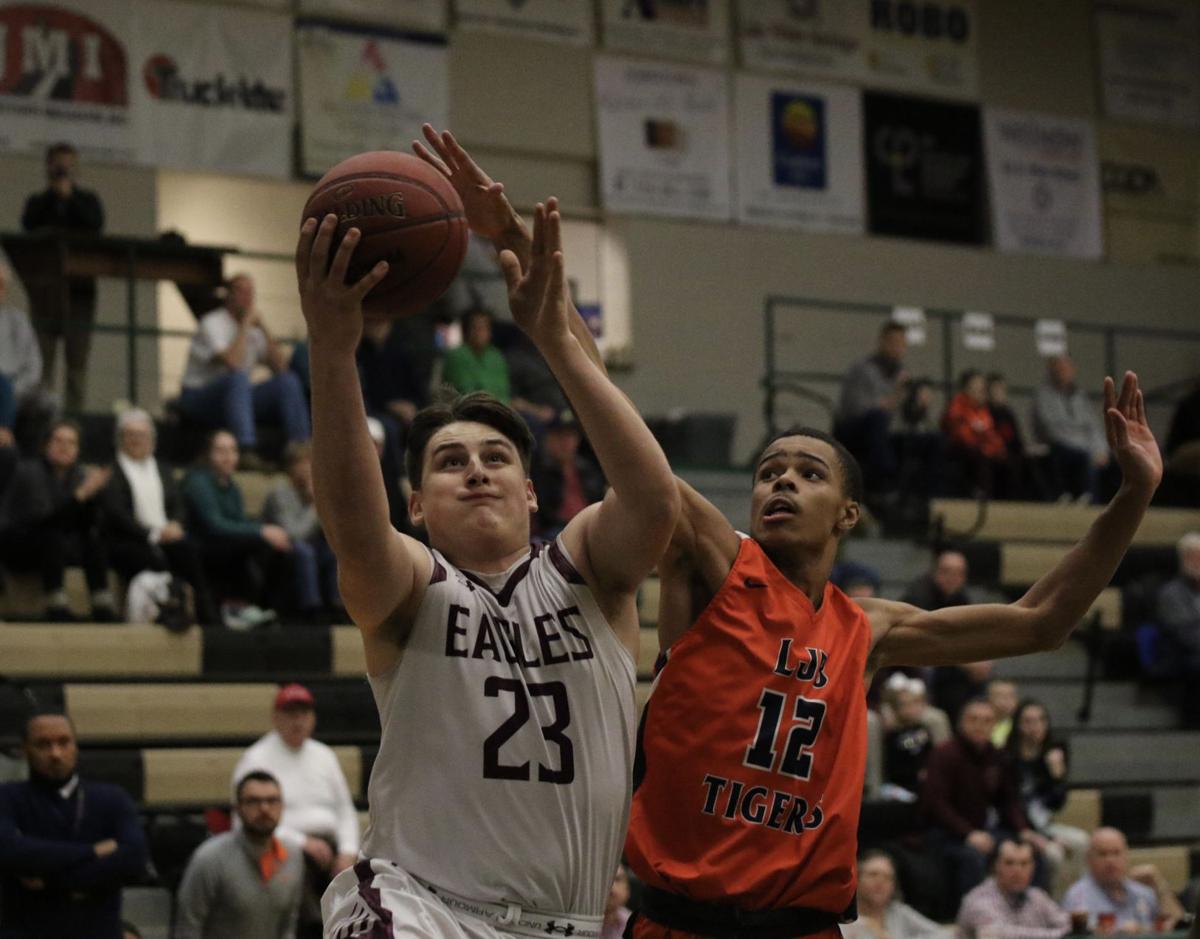 JAMESTOWN — Despite a CCAA East II championship and No. 1 seed in its bracket, this Ellicottville boys basketball team mostly did not yet know the growing pains associated with the sectional playoffs.

So while coach Dave McCann’s Eagles made their fourth consecutive trip to Jamestown Community College — and the sectional semifinals — this season, they did so with only two experienced rotation players from the 2018 playoffs. That inexperience showed, McCann admitted, as ECS quickly fell behind against No. 5 Bennett Tuesday night in the Section 6 Class C-2 semifinals, by as much as a 13-point first half deficit.

Ellicottville regained some of that league champion and top-seed form in the second half, tying the Tigers 58-58 with 1:26 to play, but Bennett held on for a 63-59 victory.

“Even late in the game, fourth quarter, we come out and miss three or four layups right in a row,” McCann said. “Credit to the kids, they withstood that and they battled, but I think in our last couple minutes there, our execution, you could tell we were a little panicked, kind of throwing the ball around a little bit and a couple of the travel calls. Throughout the course of the game, I think they just got a little too excited and tried to make plays and had some mistakes along the way.”

Bennett advanced to play No. 2 Randolph (17-5) in the C-2 championship, back at JCC on Friday.

Missed layups and turnovers may have plagued the Eagles, but they could have withstood both with some free-throw shooting. Ellicottville shot 15-for-28 from the foul line.

“We've been a poor foul-shooting team,” McCann said. “Unfortunately, it comes back to bite you in a big game.”

Lamont Pulliam led Bennett (8-10) with 24 points, including an emphatic dunk to put the Tigers ahead 62-59 in the final minute. Davon Scott added 15 points.

“We had way too many turnovers in the first half and we were just a little out of sync, and that got us off to a slow start,” McCann said. “But they battled through in the second half and they fought really hard. I give them a lot of credit, keeping that game (close), in the fourth quarter getting it back to a one-point game or a tie game once or twice, withstanding a couple of runs. But at the end of the day, we didn't execute well enough tonight for four quarters.”

Bennett held Leif Jimerson, Ellicottville’s leading scorer at 14 points per game, to four points, on a pair of layups during the Eagles’ rally in the fourth.

“I thought he was rushing some opportunities a little bit and I thought we were getting some other looks off of dribble penetration, off of screen and roll,” McCann said of Jimerson. “And I think we've got to move him to a few different places and he's got to work to get open a little bit. But overall I think we all kind of struggled in the first half with turnovers and he kind of fell victim to that a little bit too.”

Chudy and Clayton Rowland scored 22 of their combined 32 points in the second half, as both started attacking the basket more.

“I think a little bit of that's nerves with starting some guys for the first time up here at JCC,” McCann said, “and kind of the moment getting to them a little bit early on and once they settled in, that was a big part of our halftime talk. Once we settled in, they were capable of playing basketball with this team if not at a higher level than this team. But sometimes with a young team, it's getting over that initial hump.”