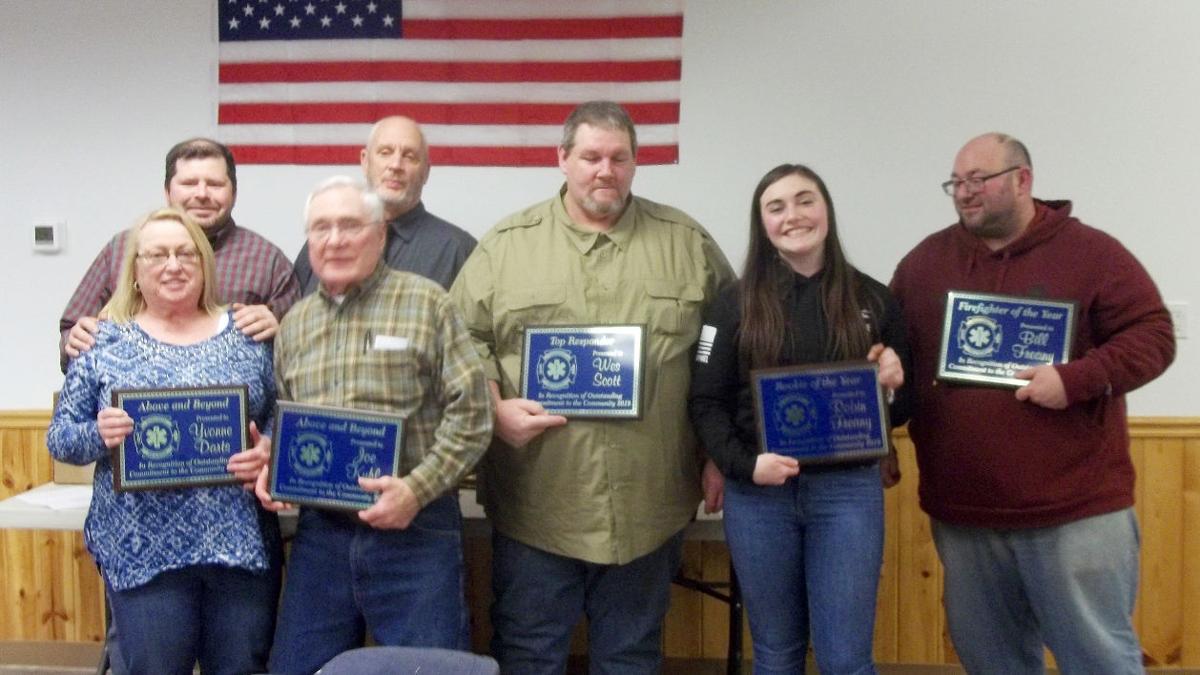 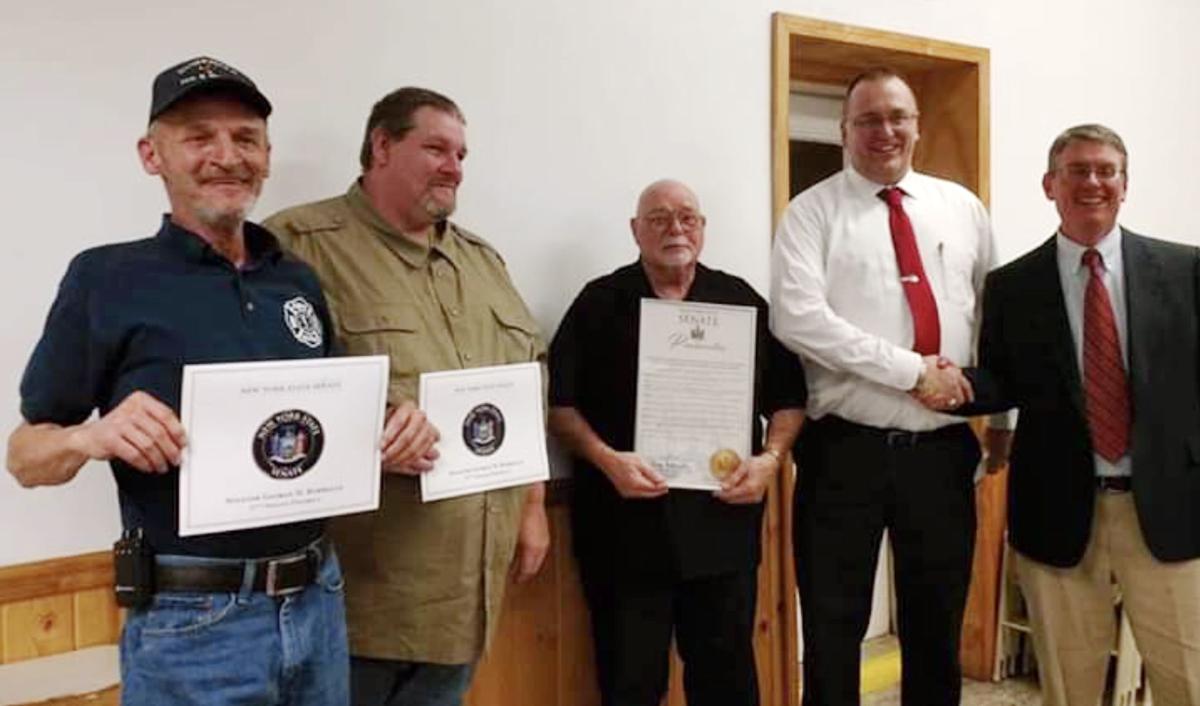 Longtime members are recognized for their milestone years of service to the Humphrey Volunteer Fire Department. John Lockwood was recognized for 50 years, William Keir for 45 years, Wesley Scott for 35 years and Alan Morton for 20 years.

Longtime members are recognized for their milestone years of service to the Humphrey Volunteer Fire Department. John Lockwood was recognized for 50 years, William Keir for 45 years, Wesley Scott for 35 years and Alan Morton for 20 years.

HUMPHREY — Firefighters and other members of the Humphrey Volunteer Fire Department celebrated another successful year and honored members of their fire department for their years of service.

On Jan. 25, the department hosted our annual installation dinner to kick in the new year with new officers. Members who have made 2019 a big success between helping with events, dinners and responding to calls and members who have done some impressive things to make 2019 move fast were recognized.

The Above and Beyond Award was given to Yvonne Darts and Joe Kuhl, because they always go to the limit to make sure things are ready for any gatherings that the fire department does.

The Top Responder who responded to 40 calls out of the 45 was Wesley Scott. When the tone goes off, he drops what he’s doing to respond no matter the nature of a call can be.

The Rookie of the year award went to Robin Freaney because she has shown the most improvement from being a junior firefighter to becoming a senior member. She also had done an amazing job responding to calls and taking classes.

In concluding the evening with the awards given from the department and the honored awards and elected officers, the department board would like to say thank you for making another great year for the Humphrey Volunteer Fire Department. Keep your eyes out and watch for all the exciting events that will be happening at the Humphrey Volunteer Fire Department. The board hopes that everyone will celebrate 50 years with them at events and dinners throughout the year.

Partly cloudy skies this evening will give way to occasional showers overnight. Low near 50F. Winds WSW at 5 to 10 mph. Chance of rain 60%.